Builders of the Modernaire Motel 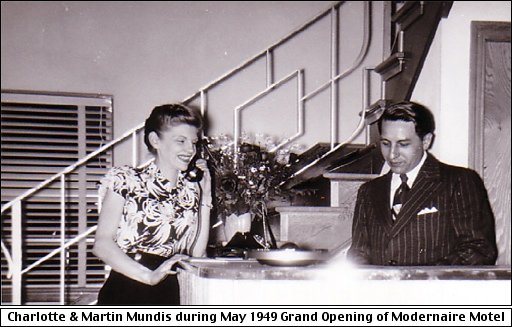 Kay Hoshour submitted this photo of Charlotte & Martin Mundis at the lobby registration desk during the May 1949 Grand Opening of the Modernaire Motel. Charlotte & Martin Mundis were the builders and initial operators of this iconic motel along the Lincoln Highway. Kay is a niece of Charlotte & Marty; and her Dad suggested the name of the motel. Kay also submitted the following 1949 photo of the Modernaire Motel, which shows the original location of the entrance door within the buildings signature rounded corner. 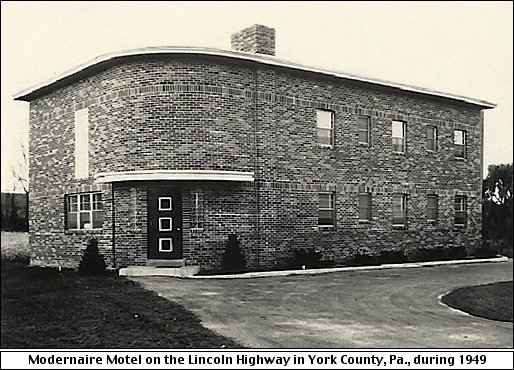 On a personal note, my aunt and uncle Marian & Charles Parks moved to Virginia in the early 50s. Whenever they came back to visit family in the York area, they always stayed at the Modernaire Motel, even after the chain motels came to the area. Parks was very particular, the Modernaire had to be doing something right to keep him as a happy customer for so long. They always said they were treated like family at the Modernaire. 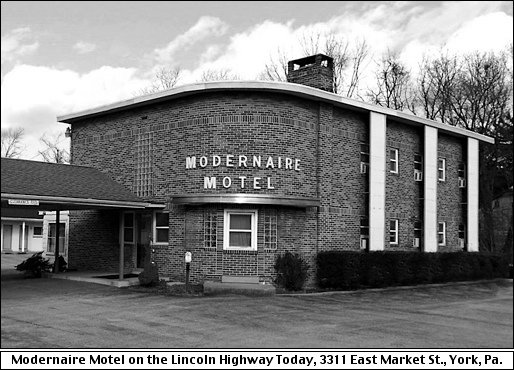 The Modernaire is still operated as a motel today; however it is threatened. The motel is on the northeast corner of East Market Street and Mt. Zion Road, with other historic properties on a 12.5-acre tract, where a developer has proposed rezoning in order to build a shopping center.