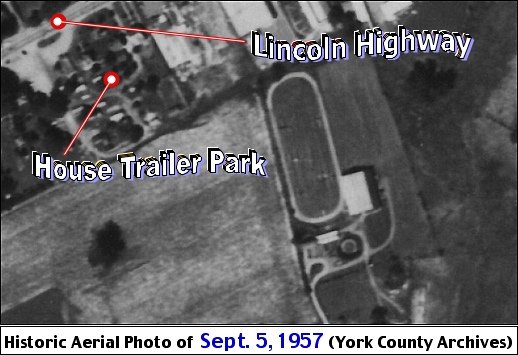 This 1957 historic aerial photo comes from the online collections of the York County Archives. The shown Bri-Mar track was located just south of the Lincoln Highway near a York County house trailer park. This track was built in 1951 and existed until about 1990. Who can pinpoint the location of this track?

Haines Park in Springettsbury Township has some similarities. Like Haines’ track, the Bri-Mar track was for horses. Both tracks went out of existence because they were in the construction path for a new roadway and both tracks had a direct or indirect connection to house trailers.

In 1957, the mobile homes of the following individuals were in the trailer park near Bri-Mar: Ted R. Brown, Emerson C. Bupp, Horatio Evans, George Gillman, Jane H. LaVelle, Ernest Lewis, Walter G. Miller, Charles H. Motter, Helen Neal, Lewis Phillips, Paul Weaver and Herbert T. Welsh. Maybe one of my readers recognizes one of these 1957 trailer park residents and would like to share a story.

The woman responsible for the construction of the Bri-Mar track and show rings was a celebrated international rider from Copenhagen, Denmark. Before settling in York County, her horsemanship included command performances before Princess Juliana of the Netherlands; Princess Elizabeth and Winston Churchill, of England; and King Christian of Denmark. She was the first woman to win the international horse-show competition at Luzerne, Switzerland.

A renowned Danish horsewoman settled in York County; who knows, maybe because of a nearby restaurant; the Paddock. 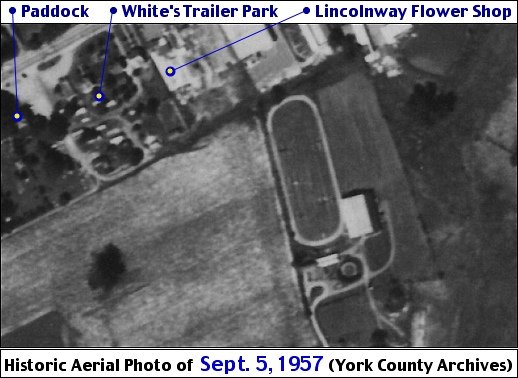 The Bri-Mar stables and track were accessed via a lane off of Stone Ridge Road. That lane is shown running off the bottom of the 1957 aerial photo. Bri-Mar was well screened from both the Lincoln Highway and Stone Ridge Road, so not many knew it was there and I did not notice the track until 1972. The large building at the lower right part of the track is an indoor arena, which also contained stables.

After graduating from Penn State in June of 1972, I started a job with York Division of Borg-Warner. For the first six months of employment all graduate engineers went through a 6-month training program learning air-conditioning in general and then specifically how York does air-conditioning. There were 21 engineers in our second-half of 1972 class. Class projects occasionally required outside of class group work. I was usually in a group with Judson Brouse and Les Aebig. Many times we met at the apartment of Jud and his wife in the Village East Apartments.

The Brouse apartment was on an upper floor and it overlooked the Bri-Mar track. That is when I heard about and witnessed the horsemanship skills of Lilian Witmack Roye. Last week I happened upon the ideal aerial photo to show what that area of Springettsbury Township looked like in 1972.

I’ve pointed out key roads and features in this aerial photo from the collections of the York County History Center. The westward view along East Market Street is from a 1972 Springettsbury Township Report to the Residents. 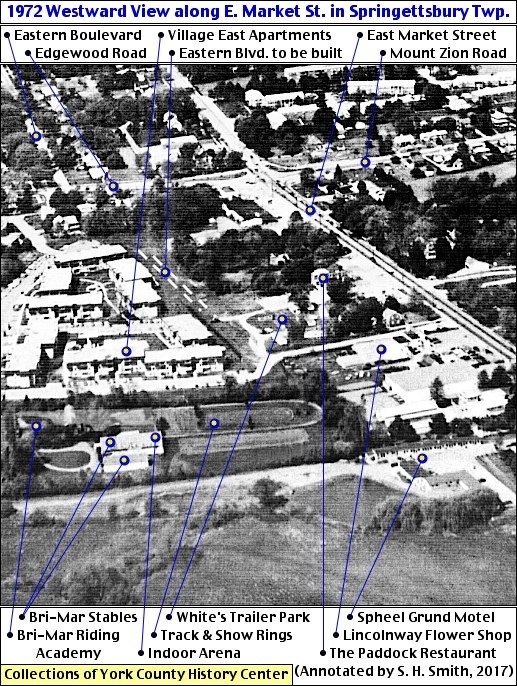 Lilian W. Roye, is shown in this 1954 photo from The Gazette and Daily. My next post will provide details about her career and examine how she ended up in York County. Lilian gifted the Eastside Assembly of God her remaining Bri-Mar property, prior to her death in 2001. That church sits at 3430 Eastern Boulevard. 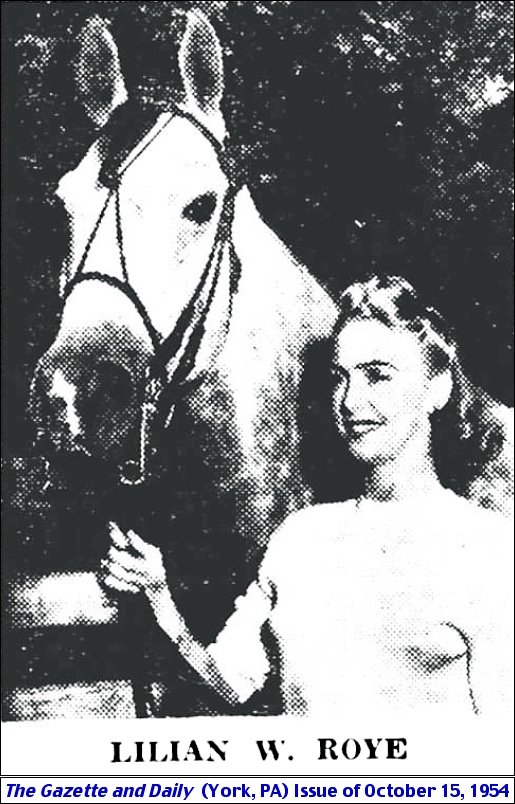