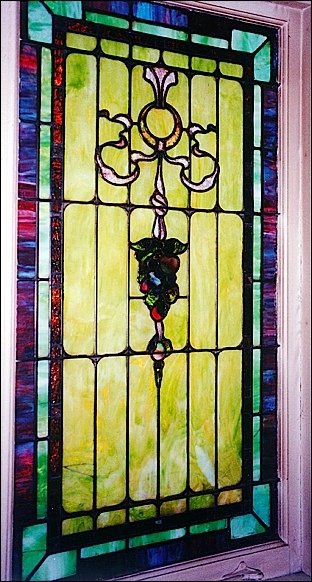 Bloomingdale, a remarkable home located at 3405 East Market Street, is one of the historic properties threatened for yet another shopping center in Springettsbury Township. Historic York, Inc., prepared a Pennsylvania Historical Resource evaluation for this property in 1989. They concluded the home was built in 1887 per tax records; however a comparison of proportions and attributes against earlier 1800s properties, suggest it may be older.

This home became the mansion house for an old estate in what was then Spring Garden Township. The Weiser Family was prominent early York bankers and business owners. Charles Weiser began the estate, on what is now the northeast corner of East Market Street and Mt. Zion Road, when he purchased 37-acres in 1848. His son, Charles S. Weiser, named the mansion and estate Bloomingdale.

The porcelain plate “Bloomingdale” is on the riser of the stone wall in front of the house. When the State widened East Market Street, they did not fully widen that section, because the State felt the wall could be historic. The beautiful home Bloomingdale of Charles S. Weiser is noted in the Springettsbury Township section of George Prowell’s definitive, 2176-page, History of York County, published in 1907. 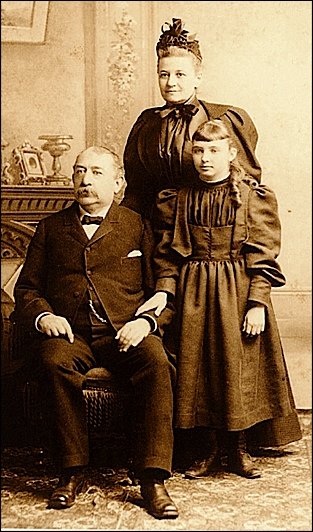 This late 1800s photo of Charles S. Weiser, his wife Isadora and their daughter Mary, was submitted by Mary Sue Couser. Charles S. Weiser was a banker, merchant, and in the lumber business. A few of his other varied interests included: Treasurer of the York Water Company, Director of the York County Academy, Vice President of the Children’s Home of York, and Director of the York & Susquehanna Turnpike; which became the Lincoln Highway through Springettsbury Township, now Route 462, East Market Street.

In 1891, Charles S. Weiser served as Postmaster of York. That same year Springettsbury Township was established. In Bloomingdale, we’re looking at the home of one of the most prominent residents of the township when it was established.

Following the death of Charles S. Weiser in 1909, this house became a focal point of the Daughters of the American Revolution. Isadora Weiser regularly held D.A.R. meetings in her stately mansion.

Isadora Weiser deeded the property to her daughter, Mary Weiser Frey, who had previously married Attorney Robert Frey. Robert Frey served as a State Representative. Thus we have the first State Representative that lived in Springettsbury Township, also residing in the Bloomingdale mansion. Besides the architectural significance of this remarkable historic home, it has generations of family history, which is not only York County history, but is a significant part of the heritage of Springettsbury Township.

Recently, Terrence Downs took a photo of the east side of the historic property at 3405 East Market Street. Trees nearly obscure the view of this house, except for this view when traveling west on Market Street; look for it off to your right just before you get to the Paddock.

Old newspaper articles refer to this area, along East Market Street in Springettsbury Township, as Bloomingdale. It is a neighborhood with its own identity, derived from the focal point home at 3405 East Market Street. It is a home that should be restored to its prominent position in the neighborhood or re-purposed, at the very least.

When the Frey’s sold the Bloomingdale property after their mother died, they had commercial and developer offers, however they turned them down. Instead, they choose to sell the property to someone that valued their home. That has been the case for almost twenty years, until recently a LLC swooped up this property. Now a Philadelphia area LLC (Spring Lane LLC of Malvern, Pa.) has requested a zoning change to build yet another shopping center in Springettsbury Township.

Even though no decision will be made at the June 18th at 6:00PM Springettsbury Township Planning Commission meeting, it is important to offer your opinions.  As Mark Swomley stated in the Board of Supervisors meeting, the public will have the opportunity to voice their opinions when the Spring Lane LLC presentation is made. I suggest all those who have offered their opinions to me, to come to the meeting on Thursday June 18th at the Township Offices and offer them to the members of the Springettsbury Township Planning Commission.