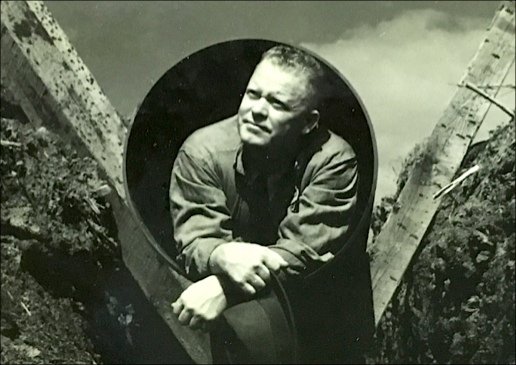 While at the new Susquehanna Riverlands State Park earlier this month, my answer to a question led to a string of additional questions about the various pipelines that pass through the park. I had a basic understanding of the War Emergency Pipelines, as a result of a 2017 post; however was unsure of answers to some of the follow-up questions. Further research provides those answers in this post.

The surprise attack on Pearl Harbor resulted in the United States declaring war on Japan on December 8, 1941. Germany declared war on the U.S. a few days later and Hitler ordered unrestricted warfare against all shipping coming from United States ports. In the first four months of 1942, German U-boats sank or destroyed over sixty oil tankers bringing crude oil up along the Atlantic seaboard from the Gulf region to east coast refineries. An alternative was transporting the crude by rail, however the railroads were already heavily utilized.

A 20-inch diameter pipeline would carry already refined products from Texas Gulf Coast refineries to New Jersey. This pipeline was 1,475-miles long, however followed much of the same route of its big brother; hence it came to be called the LITTLE BIG INCH.

The pipelines were government financed and owned; they were built and operated as War Emergency Pipelines, Inc. Both of the pipelines were completed in 1943, well in advance of the D-Day invasion at Normandy on June 6, 1944; assuring the Allies of sufficient gasoline, diesel & aviation fuel to win World War II.

The pipeline route utilized in 1943, for the War Emergency Pipelines, now passes through the new Susquehanna Riverlands State Park, as shown on the following topographic map. After the war, these pipelines were purchased from the U.S. Government by the Texas Eastern Transmission Corporation and were converted into natural gas transmission pipelines; that is their use to the present time.

While at the Susquehanna Riverlands State Park, one of the follow-up questions concerned the two pipeline routes through the park. Question: which route is the BIG INCH and which route is the LITTLE BIG INCH? Answer: both of these War Emergency Pipelines are along the same indicated route. Only a few feet separate these two WWII era pipelines throughout York County.

The other pipeline route, now through Susquehanna Riverlands State Park, was constructed in 1955. Manufacturers Light and Heat Company of Pittsburgh, a subsidiary of the Columbia Gas System, created this route for a 12-inch diameter pipeline to convey additional supplies of natural gas for local distribution. The York County Gas Company was able to connect to this local natural gas distribution pipeline, in order to meet the growing demand for natural gas during the post-war building boom.

Questions about the pipe specifics for the War Emergency Pipelines are answered with the following details. The 24-inch and 20-inch diameter seamless steel pipe had 3/8-inch thick walls. The pipe was produced in 40-foot sections and shipped via rail to staging areas, starting late in 1942.

The following Library of Congress photo shows 40-foot sections of 24-inch diameter steel pipe being transferred from a railcar, onto a truck, for transportation to a nearby War Emergency Pipeline route.

In November of 1942, sixteen survey parties operated in York County to select the best possible pipeline route. It was reported rights of way were being obtained rapidly, with problems raised by landowners unusually small; as was the case for all areas in the country where the pipeline passed through.

Another question inquired how deep are the pipelines buried. Trenches are mainly seen as 4-foot deep in literature, however 5-foot deep trenches are occasionally noted; therefore the pipe is between 2 and 3-feet below the surface. Potentially the deeper trenches are utilized further north.

A trench was dug first, followed by the pipe sections being laid down, strung out next to the trench. Side booms on CAT Tractors were used to lift pipe so that sections could be welded together. After welders applied the finish cap weld bead, inspections did their job via visual and other tests.

After a number of 40-foot sections of pipe were welded together, a machine with whirling steel brushes was used to scrape off all rust and dirt from the welded pipe. That was followed by a machine, which applied a heavy coating of hot asphalt lacquer around the outside of the pipeline.

After the initial coating of hot asphalt lacquer dries, a visual inspection is made. All spots where coating is insufficient are corrected by hand. After which another machine is placed on the pipe; it sprays a second hot asphalt coating just before it spiral wraps a reinforced felt covering over the asphalt-lacquered pipeline.

Using a number of CAT Tractors with side booms, the pipeline section is lowered into the trench. The top part of the pipeline, in the trench, is draped with a variety of shields before the trench is filled-in. The type of shield is predicated upon the location and type of soil. For example, in rocky soil, a rock shield is used. If the pipeline is under a stream, a heavy concrete shield is placed over the pipeline. In agricultural fields or pastures, the shield might simply be additional reinforced felt coverings.

The BIG INCH pipeline delivered 300,000 barrels of crude oil daily to east coast refineries. In terms of railroad tank cars, it delivered 2,500 railroad tanks cars daily; which shows why railroads were not the practical solution to assure the Allies of sufficient gasoline, diesel & aviation fuel to win World War II.