#30 J. E. Williams & Company in York; From near Central Market to Dauntless within the Carlisle Avenue Market House

At #30 in the count down of the Top 50 York County Factories at End of 19th Century is the J. E. Williams & Company in York.  This company made shirts.  It is the first of several shirt manufacturers in York County to make the Top 50 Factories List.

George Prowell’s 1907 History of York County has this to say about John E. Williams and his shirt manufacturing company on pages 214 & 215 of Volume II:

John Eliot Williams, of the well-known shirt-manufacturing firm of J. E. Williams & Co., York, is a native of the city of which he has become such a successful businessman.  He was born in 1868, son of David F. and Annie M. S. Williams.

The next five years were spent with the Variety Iron Works, after which he engaged with the York Dynamite Company, of which he was a stockholder, treasurer and manager.  In that capacity he remained three years, and then, with John F. Kell, engaged in the insurance business, the firm being known as Kell & Williams, the partnership continuing three years.

In November 1898, Mr. Williams engaged in his present business — the manufacture of shirts — under the firm name of J. E. Williams & Co.  His first place of business was on Cherry Avenue, where he remained three years, but on account of the increase in his business was compelled to seek larger quarters, and he removed to East Philadelphia street.  Here he remained three years, when he was again forced to vacate, and he left the building now occupied by the York Dispatch Publishing Co.

In 1904 Mr. Williams located in his present place, No. 5 West Gay avenue, in the rear of No. 156 North George Street, where he has four-floors, and 8640 square feet of floor space.  He manufactures men’s and boys’ shirts and employs over 100 hands.  His business is steadily increasing, as his goods are trustworthy and his business methods honorable, and he sustains an enviable reputation for honesty and integrity.

Mr. WiIliams resides at No. 321 East Market Street, York.  In politics he is a Republican.  He is a member of the Lafayette and Country Clubs of York.

From Bookkeeper, to Managing a Dynamite Company, to Insurance Broker; that is quite a varied career.  Jacob M. Smyser was the business partner of John E. Williams upon being engaged in his next undertaking; the manufacture of shirts.

The York City Directory listings at the beginning of this post show the progression from the east side of North Cherry Avenue, near Gas Avenue, to 9-11 East Philadelphia Street to 5 West Gay Avenue.  All these business locations are within one block of the Central Market House in York.

The 9-11 East Philadelphia Street location opened up for the short-time use by J. E. Williams & Company after George W. Hoover Wagon Company began their transition to a new factory on Wheatfield Street.  However, this location was probably only a rental, since they had to vacate when the York Dispatch Publishing Company likely bought the building.

The 5 West Gay Avenue location formerly housed the LaButa Cigar Factory.  The Prowell piece implies 5 West Gay is on the south side of Gay Avenue; this runs counter to the convention that odd door numbers are on the north side of the streets or avenues; maybe 5 is a typo for 6?

The next change of location for J. E. Williams & Company is a move, by 1911, to Carlisle Avenue at the railroad tracks.  Then by 1913 the name of the company is changed to Dauntless Shirt Company; although still managed by John E. Williams.  In the 1917 directly listing, we learn the address of the shirt factory, 110 Carlisle Avenue.

City Directories list the Carlisle Avenue Market & Storage Company at 110 Carlisle Avenue, as seen in this section of the 1903 F. B. Roe Atlas of the City of York, PA.  This large brick market house and storage facility was built in 1902, with market days held Wednesday and Saturday afternoons. 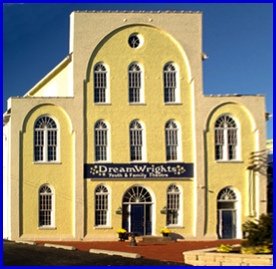 Dauntless Shirt Company continues on with various managers into the 1920s and several other shirt companies followed.  However is was William Berstein who conducted the longest run of shirt manufacturing in this building from about the 1930s to the 1970s.

A review of my count down, thus far, of the 50 top factories in York County at the end of 19th Century follows.  As a group, these 21 factories provided employment for 1,308 people in York County during 1899.