At #23 in the count down of the Top 50 York County Factories at End of 19th Century is the Variety Iron Works in York.  The two 1870s illustrations show the size of the Variety Iron Works in York, Pennsylvania.  In these illustrations, the foundry building is located on the left side and the machine shop is located in the building on the right side. The top illustration is from an 1877 General Directory of the Boroughs of York, Hanover & Wrightsville.  The bottom illustration is from an 1873 book: The Monumental City, Its Past History and Present Resources by George Washington Howard.

The book is about Baltimore history, resources and industries; although a few call-outs are made to industries in York, PA.  In this case, The Variety Iron Works had a huge sales office & warehouse located in Baltimore.  The parts were made at the York PA Works and sold via the Baltimore Branch.  Many times, Baltimore gets the credit for supplying Architectural and Ornamental Variety Iron Work to notable locations around the country, while the parts were actually Made-in-York.

The 10th Factory Inspection Report notes that on March 2nd 1899 Variety Iron Works in York has 100 employees; all male.  Of these 100 employees, 8 employees are between 16 and 21-years-old.  The goods manufactured are recorded as “Ornamental Iron Work.”

As shown in the illustrations at the beginning of this post and in the following 1903 Atlas of York, PA, the principal buildings are located along W. North Street in York.  Fronting their buildings, within North Street, is the main railway thoroughfare through the city.  The east border of the works is North Cherry Lane and the west border is North Beaver Street.

George Prowell’s 1907 History of York County, PA has this to say about The Variety Iron Works in Volume I, Page 758:

The Variety Iron Works, on North Beaver Street, adjoining the railroad, were founded in 1840 by Elisha Geiger and Samuel Bechtol, who began business on a limited scale in small shops.  Dr. Alexander Small became a partner in the business in 1846, and at the death of Samuel Bechtol in 1853, Edward G. Smyser became a partner and the firm was changed to Small & Smyser.

Dr. Small died in 1862 and E. G. Smyser became the sole proprietor.  The original works covered only a small area, but the continual enlargement of the business, required frequent additions and improvements.  Large and convenient brick buildings were erected, containing all necessary facilities for improved manufacture until the entire shops at present cover an area of five acres.

Since the death of E. G. Smyser, the business has been conducted by his three sons, George P., Henry M. and James A. Smyser.  Since 1877 the Variety Iron Works has had a branch house in Baltimore. 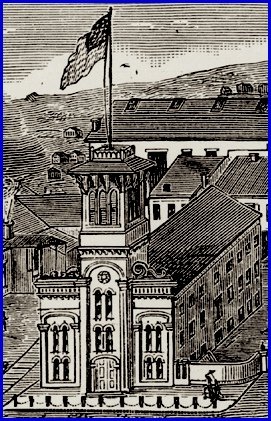 This is a zoomed-in-view of the illustration from the 1873 book: The Monumental City, Its Past History and Present Resources by George Washington Howard.  It shows the impressive brick Variety Iron Works office building.  In addition to the primary Variety Iron Works name, business was conducted under firms named: Bectol & Small, Small & Smyser, E. G. Smyser, E. G. Smyser’s Sons, Smyser-Royer, and J. W. Fiske for a very short time before closing down in 1941.

At the age of 33-years-old, Edward G. Smyser became affiliated with the Variety Iron Works in 1853.  Edward was a graduate of Gettysburg College.  He met his wife in Gettysburg; Elizabeth (Lockman) Smyser was the daughter of a Gettysburg minister.  Edward’s sons, George P. Smyser, Henry M. Smyser and James A. Smyser, all joined in the operation of the business.  James A. Smyser made the permanent move to Baltimore to run the branch that opened in 1877. 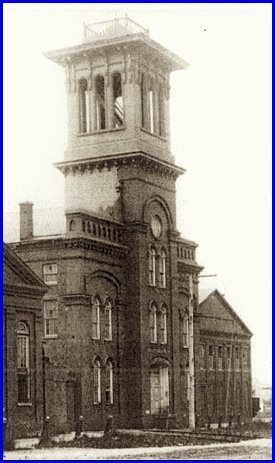 John Gibson’s 1886 History of York County, PA, has this to add about The Variety Iron Works on Page 565, “It is at present recognized as one of the important iron establishments of the State of Pennsylvania, and is in continual operation, even under the most depressing times in financial circles and in the business interests of the country.  The employees of this establishment are always kept regularly at work.  The best facilities are afforded for the manufacture of various kinds of artistic ornaments and practical designs.  The different departments are connected with one another by narrow-gauge railroad tracks, so as to do work with the greatest dispatch, and economy of expense and labor.  They manufacture machinery of various kinds, builders’ iron columns, staircases, window caps and sills, iron railings, wrought beams, vases, fountains, iron buildings, mill work and machinery, etc., and make a specialty of architectural and ornamental iron work.”

Both E. G. Smyser and E. G. Smyser’s Sons had a contract to produce much of the iron castings for J. W. Fiske Company in New York City starting in 1869.  In 1887 the sons, George, Henry and James are running the business.  The 1899 York City Directory has George P. Smyser residing at 149 E. Market Street.  Henry M. Smyser resides at 116 W. Market Street and James A. Smyser continues to reside in Baltimore, Maryland.  E. G. Smyser’s Sons Variety Iron Works is the name noted on the 1903 Atlas of the City of York. 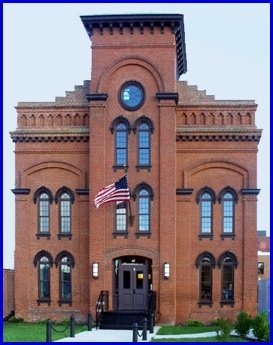 In 1907, the Smyser-Royer Company of Philadelphia was chartered in Pennsylvania after B. Frank Royer acquired the Variety Iron Works.  The Smyser-Royer Company continued to operate these Iron Works in York until 1941.  The contract, which originated in 1869, with J. W. Fiske to produce iron castings may have continued under Smyser-Royer.  For a very short period of time the J. W. Fiske Company of New York City sought to operate, or did operate, these Iron Works in York, however it appears final shutdown occurred by the end of 1941.

This 2013 photo shows the brick E. G. Smyser’s Variety Iron Works office building has survived and has been repurposed as the York Academy Regional Charter School. This Charter School is a cooperative effort between the York City, Central York and York Suburban School Districts.

A review of my count down, thus far, of the 50 top factories in York County at the end of 19th Century follows.  As a group, these 28 factories provided employment for 1,957 people in York County during 1899.