At the top of this illustration, I’ve pointed out, and marked, ten 1860 buildings in the Deininger Road and western Druck Valley Road region within what is now Springettsbury Township. At the bottom of the above illustration is a 1937 aerial photo of the same region. I’ve zoomed in on the 1937 aerial photo to provide better detail in locating the 1860 properties (w11) through (w20). 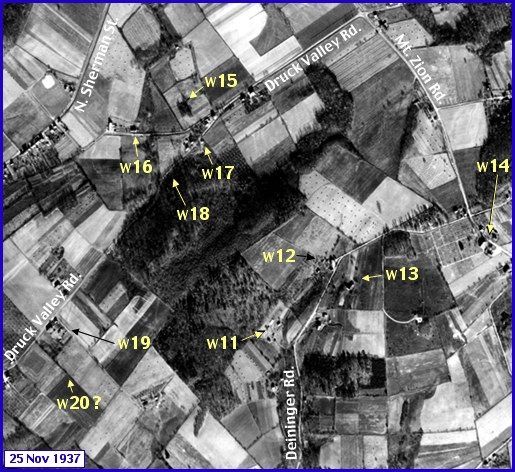 Shearer’s 1860 Map of York County contains the owner/occupant of most buildings; for example (w16) is J. Billet. Additional information on J. Billet can be found by consulting the 1860 Census of the United States; where one discovers this is Jacob Billet, a 39-year-old, master shoemaker. 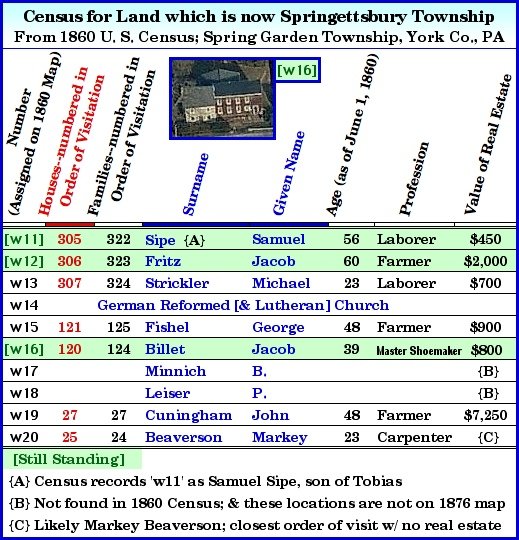 Three of these 1860 buildings still stand at these addresses:

Lutheran and Reformed parishioners, in that area, erected their initial union church building in 1851; therefore ‘Lutheran’ was inadvertently left off the 1860 map. In 1890, that initial frame building was replaced with a brick structure. Damage, due to a cyclone in the early 1900s, required most of the brick church to be re-built.

The newest building of the Mt. Zion Evangelical Lutheran Church was dedicated in 1966. The bell, which rests in the front of the sanctuary, is from the 1890 structure.