York Fair was a good place to clarify NewsVroom’s purpose

It took us a few days to figure it out, but I think we eventually found the phrase that pays when meeting people at the York Fair. Hundreds and hundreds of you streamed past The NewsVroom in Memorial Hall. Many of you stopped to chat, to ask a few questions and to share your thoughts about the future of local news.

The purpose for our booth in the area known as The Marketplace was not patently obvious. We were not selling cookware or pocketbooks. We were not trying to sign you up for a random drawing or to join a political movement. At times, we were giving away balloons or offering a chance to pull a lolly-pop for chance to win a small prize. At other times, we were simply playing a game of bean-bag toss.

But at all times, we were surrounded by computers that showed off our work on ydr.com, GameTimePA.com, FlipSidePA.com, and many other brands.

People often asked who we were and why we were there. Eventually, I think, we found the phrase that made sense.

We were there with the York Daily Record to talk about all the things that YDR is beyond the morning newspaper.

People understand the traditional role of the paper. They have thoughts and opinions about everything from Mike Argento’s columns to the quality of their delivery service, but they fully understand the morning paper.

Few, however, understood all that we do beyond that.

So we gave away hundreds of copies of Smart and explained that this is a free magazine produced by the YDR. It is in the vein of a Rachel Ray or Martha Stewart-style magazine but all the articles feature local people and services. We signed up dozens of people who wanted to receive the magazine at home for free every other month.

And we demonstrated GameTimePA’s live scoreboard and helped people download the GTPA app onto their smartphones. (I was surprised by the number of people who had great, modern phones, but had never downloaded any app onto them.)

We shared copies of FlipSide and helped people understand that this regional entertainment magazine and website are also an extension of the YDR newsroom. 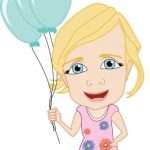 Our news reporters and photographers worked from the booth, interviewing sources and writing stories and editing videos and answering questions from a curious public.

And mild-mannered police beat reporter Ted Czech brought his mixed martial arts blog alive with a three-hour demonstration of skills by a group of local fighters.

The public really got into our efforts, literally and figuratively.

We gave smartphones to some teens and pre-teens and challenged them to go out and report on the fair using the NewsVroom’s Twitter account. (As you can see, we have a lot of work in front of us.) And we built a life-sized poster of the van, with holes cut into the spaces for the athletes’ faces. Hundreds of people literally put their faces on the van and many shared their photos with us on Facebook.

This is exactly what we have set out to demonstrate with NewsVroom. In face-to-face encounters we will help York County accelerate its digital transformation. We will put the latest tools and technology in their hands to help them better understand how they can be a part of the news process.

We will talk about all the ways that YDR can help this community.

NewsVroom’s dance card for the next couple of months is pretty full, so there is a good chance that you will see us when you are out and about. If you do, please stop by and chat. The conversation has only just begun.