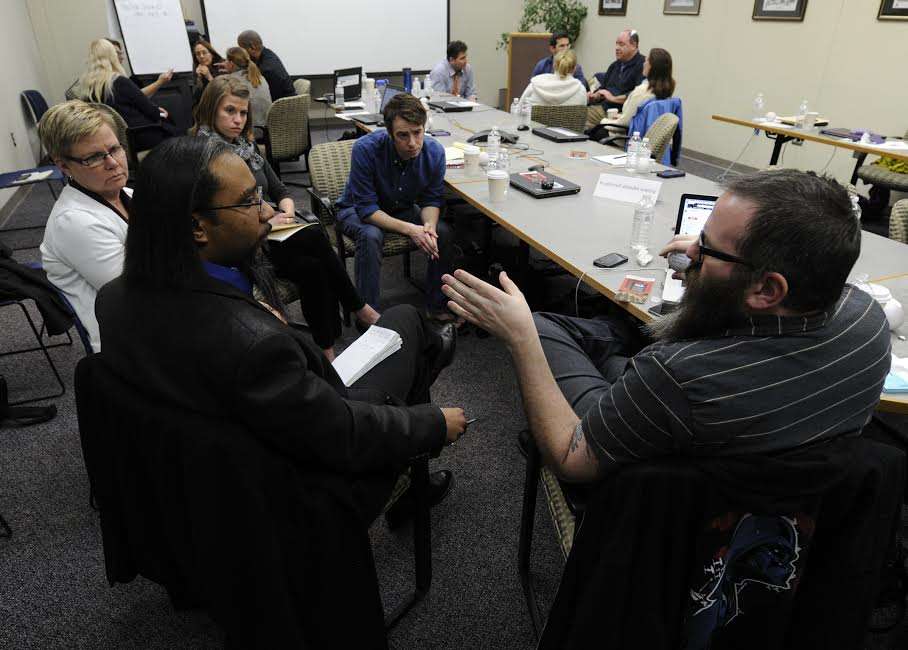 In peer-support training March 12 at the YDR, Digital First Media journalists broke into small groups led by seminar presenters to discuss questions and ideas about peer-support conversations they might have with colleagues. Fifteen DFM journalists attended the training.

Former heavyweight boxing champ Joe Frazier is famous for saying that when you cheat on your roadwork in the dark of morning, you’re “going to get found out” when the lights are bright.

That goes for life in a newsroom as well.

The York Daily Record/Sunday works hard at its roadwork. Here’s a 4-point glimpse about how we get going early to acquaint new journalists with the YDR “way.”

2. Soon after that orientation, new employees meet with newsroom peer-support leaders, who acquaint these new journalists with journalist trauma training. That training prepares these staffers to cover victims of trauma in their reporting work and helps equip them for times that they will have to cover traumatic events.

All this and more takes place in the early months of a staffer’s entrance into our newsroom. And the training just goes on from there.

Joe Frazier set up his comment about a boxer tending to his roadwork with an equally insightful statement that applies to a fundamentally sound newsroom:

“You can map out a fight plan or a life plan, but when the action starts, it may not go the way you planned, and you’re down to your reflexes – that means your [preparation:]. That’s where your roadwork shows.” 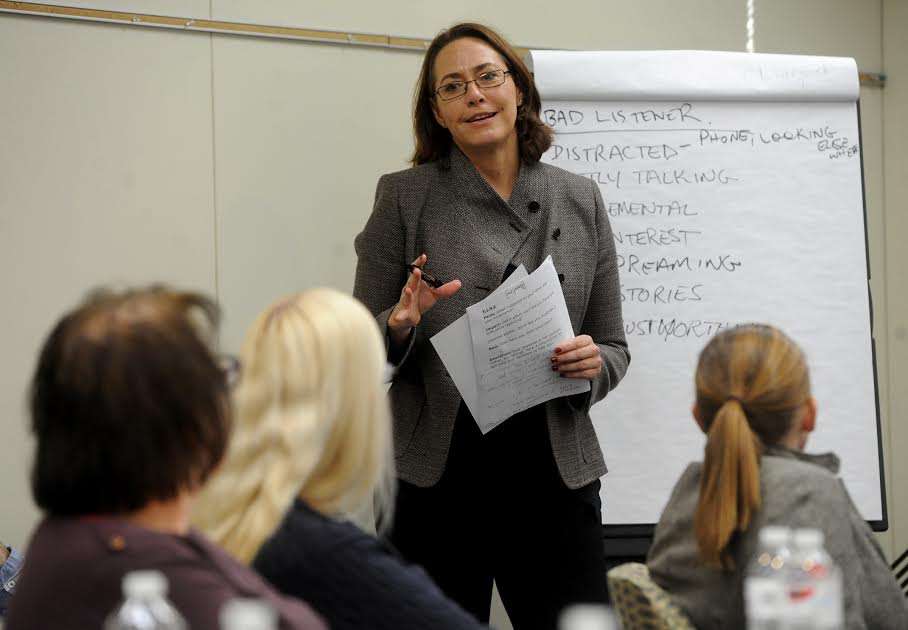