Posted by YDR InsiderNovember 17, 2014 Awards and honors, Behind the scenes, Editor, Opinion 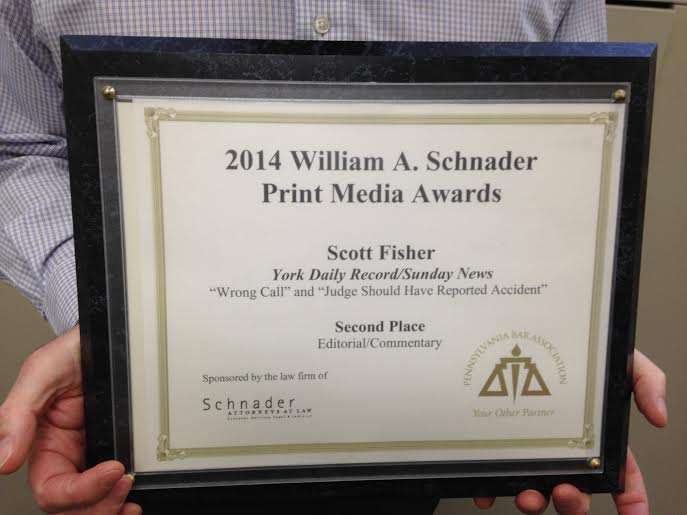 York Daily Record/Sunday Opinion Page Editor Scott Fisher holds his most recent award for excellence in journalism – the William A. Schnader Award. He has a wall full of them, as the picture below indicates.

The YDR won first place in its division for editorial page excellence in Newspaper of the Year competition, and Scott captured second place in the annual Schnader Award contest.

The judges said this about Scott’s Schnader entry:

“Our second place winner is Scott Fisher of the York Daily Record/Sunday News. Editor Jim McClure is here to claim Scott’s award, which is presented for two “Our Take” editorials.

“Scott’s work, ‘Judge Kelley Should Have Reported Accident Immediately,’ chided a common pleas court judge for failing to promptly report damaging a fire hydrant with his car and only admitting to the damage following a police inquiry.

“Scott’s second work, ‘Wrong Call on Juvenile Lifers by Pennsylvania High Court,’ used two York County ‘juvenile lifers’ as examples to support the position that it was wrong of the Pennsylvania Supreme Court to decide against retroactive resentencing in cases that have been finalized.

“Scott’s work received high marks from our judges for informational and educational value. He received nearly perfect scores from one of our judges for writing effectiveness and another judge rated Scott’s work as very good for analysis and reflection about the issues.”

William Schnader and Gazette and Daily owner J.W. Gitt were college friends. Gitt’s Gazette was a forerunner of the York Daily Record. Mary A. Hamilton wrote this in her Gitt biography: “The prime example of his (Gitt’s) non-partisan support was Gifford Pinchot, the Republican two-term governor of Pennsylvania whom he met through a friend at Franklin & Marshall College, William Schnader. A graduate of Penn Law School, Schnader became Pinchot’s attorney general in Harrisburg. Both men had worked in the 1912 campaign of Theodore Roosevelt in his attempt to reclaim the presidency on the Progressive Party’s Bull Moose ticket.” 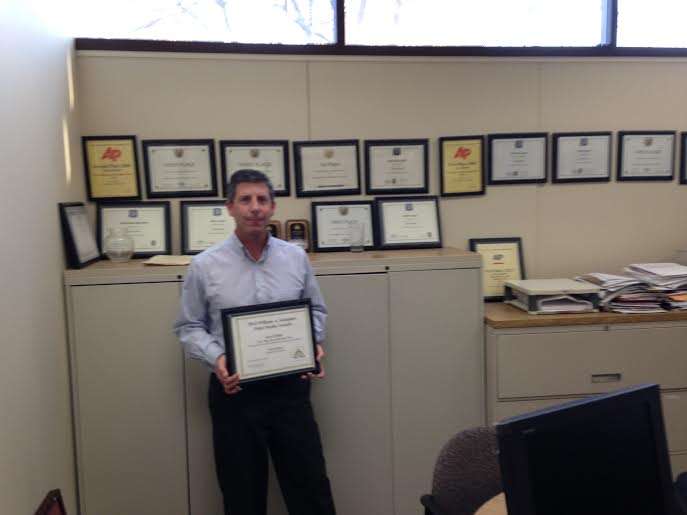 It’s safe to say that Scott is quickly running out of wall space.