YDR on panel about the value of cameras in Pennsylvania’s courtrooms, other access issues 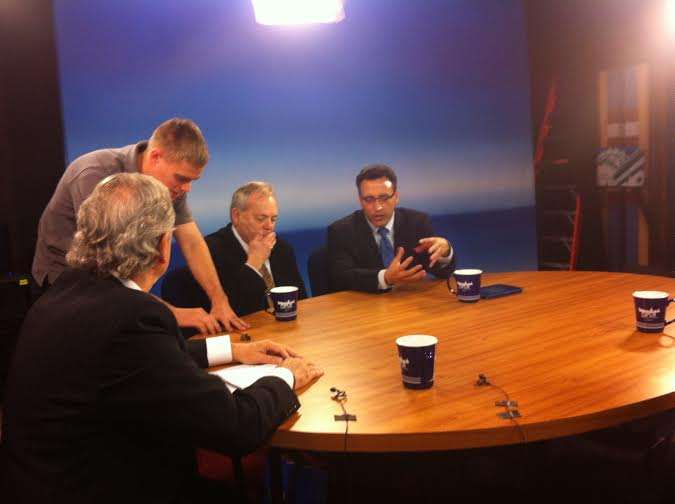 Managing Editor Randy Parker of the York Daily Record/Sunday News, right, talks with York County President Judge Stephen Linebaugh before their appearance on a panel about public access to the courts.

Sometimes, it comes via social media. Other times, through a NewsVroom appearance at a football game.

And sometimes, it comes from a journalist appearing on statewide TV.

The YDR’s Randy Parker filled that statewide bill, appearing on a Pennsylvania Cable Network panel this week on public access to the courts.

But you can see it at any time. Check out: Accessing the Court System.

“The conversation focused on the use of new technology to provide greater public access to court proceedings. Among others things, panelists discussed reporters’ use of iPads and cell phones to report live from the courtroom on Twitter and blogs, and discussed the value of allowing cameras in the courtroom.” 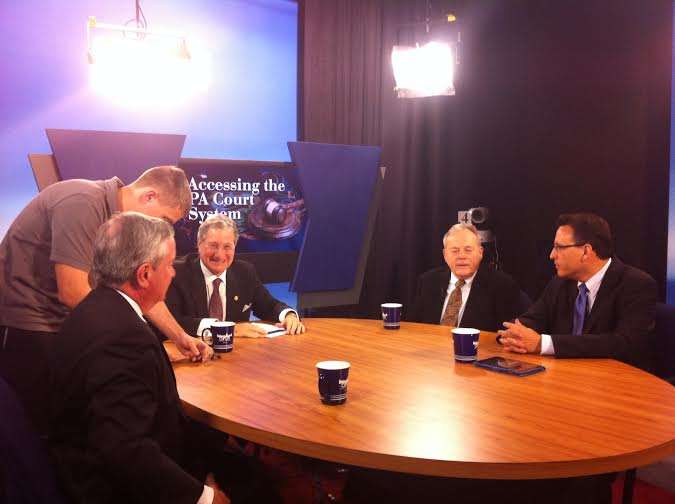