Posted by YDR InsiderJune 11, 2012 Behind the scenes, Living, Staff Q&As 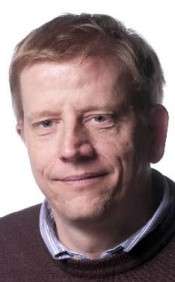 To help you get to know our newsroom staff a bit better, a series of question-and-answer posts with each journalist will run on Mondays. This morning, meet features reporter John Hilton. If you’ve been reading YDR Insider for a while, you’ve seen him receive his nameplate and business cards at the office. He also blogs for the religion beat at Belief and Beyond.

Name: John Hilton
Lives in: Carlisle, Pa
Hometown: Great Bend, Pa (where the Susquehanna River takes a “great bend” from N.Y. back into Pa.)
Position at the YDR: Religion/features reporter
Years with the YDR: 10 months
Graduated from: Syracuse University
With a degree in: Journalism/political science
Twitter: @jhilton32
Facebook: Search for John Hilton
Email: jhilton@ydr.com
Whatever you’d like to tell us about yourself: I joined the YDR as religion/features reporter on September 1, 2011. Previously, I was city editor at The Sentinel in Carlisle from 2007-11 and a political reporter for that paper for nearly eight years prior to that. I graduated Syracuse University in May 1998 with a dual degree in journalism/political science. Straight out of college, I worked for nearly three years at the twice-weekly The Independent newspaper near the Catskills in upstate New York. I am an avid golfer, follower of all things Syracuse Orange and drinker of wheat microbrews. I live in Carlisle with Molly, my 6-1/2-year-old beagle.

1. What made you want to become a journalist? As a nerdy sports fan with a hearing loss, I tended to spend a lot of time reading newspapers as a kid. I had a serious love affair with reading and newspapers were great because they produced a new volume every day. I remember cutting out an article on Hubert Humphrey’s death and taping it to my bedroom wall. I was 9 and it may have been a cry for help.

2. How do you see journalism changing? I see it becoming more of a conversation. We are already doing that at the YDR and it is very interesting to have a front-row seat as the new era in journalism takes shape. We are talking to readers as breaking stories develop. We are using social media to discuss what kinds of stories people want to see. And so much more.

3. What do you like most about your job? The least? Telling stories and embarking on new adventures every day. Getting lost in York.

4. It’s 9:30 a.m. on a day off. What are you doing? Drinking coffee and reading a newspaper, possibly online.

5. What’s been your favorite project or story recently? Why? I did a story on Catholic annulments and so many people responded to a Facebook post and brief we put in the paper. I had a lot more people than I needed for the story, so I just kept talking to people and using their stories and opinions for my blog, www.yorkblog.com/faith.

6. The drink that’s on your desk right now is: Coffee

8. What’s the last movie you saw in theaters? “The Five-Year Engagement” The last book you read? “How to Get What You Want and Want What You Have.”

9. What’s your favorite place in York County? Chik-fil-A in Shrewsbury

10. What’s one piece of newsroom jargon that had to be explained to you? Bonnet. [Editor’s note: The bonnet is composed of the (usually two) boxes below the paper’s name on the front page. They refer to newsworthy stories inside other sections.]

Last week, we ran a Q&A with business reporter Lauren Boyer. (Coincidentally, John and Lauren have also shown off their Christmas sweaters together on YDR Insider.) To read all of the staff Q&A interviews we’ve done so far, click on the “Staff Q&As” under “About us” at the top of the homepage.