Posted by YDR InsiderNovember 28, 2011 Behind the scenes, Editor, Staff Q&As 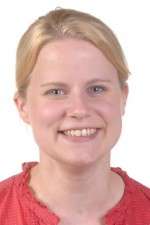 To help you get to know our newsroom staff a bit better, a series of question-and-answer posts with each journalist will run on Mondays. This morning, meet day metro editor Kara Eberle.

Name: Kara Eberle
Lives in: Dover Township
Hometown: Latimore Township, Adams County
Position at the YDR: Day metro editor
Years with the YDR: I was hired in May 2003
Graduated from: Bermudian Springs High School in 1996. Penn State University in 2000.
With a degree in: Journalism
Connect: @karaeberle on Twitter, Kara Eberle on Google+
Whatever you’d like to tell us about yourself: I started at the York Daily Record/Sunday News in May 2003 and spent nearly two years as the day cops reporter. I then spent two years as night metro editor, about two years as business editor, four years as niche publications editor and, as of June 2012, I made my way back to the metro department as the day metro editor. Before coming to YDR, I covered cops, courts and everything in between for two years at The Sentinel in Carlisle, Cumberland County. I had a short stint as an editorial producer for pennlive.com and a general assignment reporter at The York Dispatch, too. During college, I interned at The Herald in western Pennsylvania, where I met my husband, Mark, in 1999. We now have two amazing children: Mara, 7; and Charlie, 3; who keep us insanely busy.

1. What made you want to become a journalist? I was an undecided freshman attending Penn State Mont Alto, having changed my major when I realized I had no desire to be a nurse (although I now know that nursing would’ve been a more lucrative and logical career choice). One day during my second semester, the epiphany came to me: I loved to write and I loved to talk to people. And so my love affair with journalism was born.

2. How do you see journalism changing? Journalism, in its basic form, hasn’t changed. We still tell the stories of our community, talk to people about what’s important to them, tell amazing stories about ordinary people and act as the watchdog of government. Technology has just given us better tools to tell those stories and faster ways to get the information in front of more people than ever before.

3. What do you like most about your job? The least? I love listening to people. Every person has a story, and I love finding it.

4. It’s 9:30 a.m. on a day off. What are you doing? Hanging out with my family, probably cleaning up breakfast dishes and wiping up messes on the floor.

5. What’s been your favorite project or story recently? Why? While I was niche publications editor, each new issue of Smart became my favorite. As day metro editor, I love working with our mobile journalists. Monitoring ScribbleLive sessions that cover county and city meetings or throwing together a Storify from tweets from breaking news. Every day brings some new adventure.

6. The drink that’s on your desk right now is: Coffee.

8. What’s the last movie you saw in theaters? The last book you read? I’m ashamed to say the last movie I saw in the theater was “The Hangover Part II.” I blazed through “The Hunger Games” trilogy and am reading “The Help” now.

9. What’s your favorite place in York County? Other than the YDR? Gifford Pinchot State Park.

10. What’s one piece of newsroom jargon that had to be explained to you? The gutter. As a reporter, I had never learned anything about page design or layout. When I became an editor, I had to learn the technical terms for all the parts of the newspaper. The gutter is the small space you see between two columns that are on two different pages.