Posted by YDR InsiderMarch 12, 2012 Behind the scenes, Editor, Staff Q&As 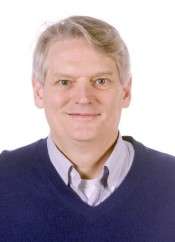 To help you get to know our newsroom staff a bit better, a series of question-and-answer posts with each journalist will run on Mondays. This morning, meet news editor Tom Barstow. He heads up the night news and digital desk and blogs about life in York on Fix York County and York City Limits.

1. What made you want to become a journalist? I combined my interests from a boy and young man into a practical craft that paid me a salary: writing; reading; getting out and seeing the world, otherwise known as reporting; wanting to make a difference; and seeking and speaking the truth. I also loved the concept of a newsroom being a “marketplace of ideas” that welcomed the open airing of complex concepts among people genuinely interested in solving problems.

2. How do you see journalism changing? Good journalism doesn’t change, only the way it is delivered.

3. What do you like most about your job? The actual work is always interesting and often fun. The least? Errors.

5. What’s been your favorite project or story recently? Why? The Sandusky/Penn State/Joe Paterno story. I was proud to be a journalist at a time when common sense prevailed community-wide and action was taken quickly about something so awful that people had a hard time understanding the scope, at first. Journalists helped sort through all the murky issues very quickly during those early days of the scandal, and a very powerful institution was forced to reassess the way it had handled the debacle from the start. (See No. 1. After all these years, that idealism still manifests itself routinely.) I also follow with great interest the stories involving the mismanaged York schools, the mismanaged city government with yet another looming budget deficit and an election farce that would be ripe for a Saturday Night Live routine. As much as I want to love this city, it never ceases to embarrass itself.

6. The drink that’s on your desk right now is: Water.

7. Your favorite journalism-related blog you read or Twitter feed you follow: The Buttry Diary, by Steve Buttry

8. What’s your favorite movie? I love movies, so it’s hard to pick one, but for some reason Five Easy Pieces popped into my head. The movie was made in 1970 when I was 9, which means I didn’t see it until I was a young man and it was an old movie. It pretty much showed me what I didn’t want to become. Book? Too many, again, but for some reason Sometimes a Great Notion by Ken Kesey came to mind right off, so I will go with it.

9. What’s your favorite place in York County? My home in The Avenues, in any room of that old house that my wife and I rebuilt, chatting with my wife, Ivey.

10. What’s one piece of newsroom jargon that had to be explained to you? All of them at some point. I always like “write-through.” It’s as interesting a task as it sounds.

Last week, we ran a Q&A with photographer Kate Penn. To read all of the staff Q&A interviews we’ve done so far, click on the “Staff Q&As” under “About us” at the top of the homepage.