The YDR’s Brett Sholtis captured this scene – a Tom Wolf volunteer urging people to vote 5 minutes before polls closed. That’s dedication to a candidate and cause. Joanne Kehr will be nominated for the YDR’s ‘People Who Matter.’ 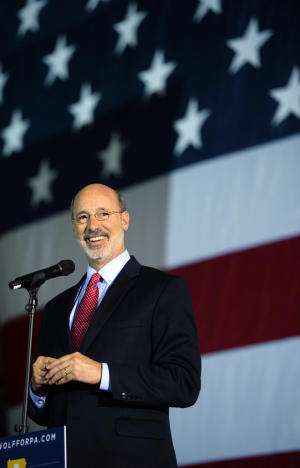 One of Kate’s photos dominated the YDR’s day-after front page, too.