Posted by YDR InsiderMarch 3, 2015 Awards and honors, Behind the scenes, Editor, Office Life 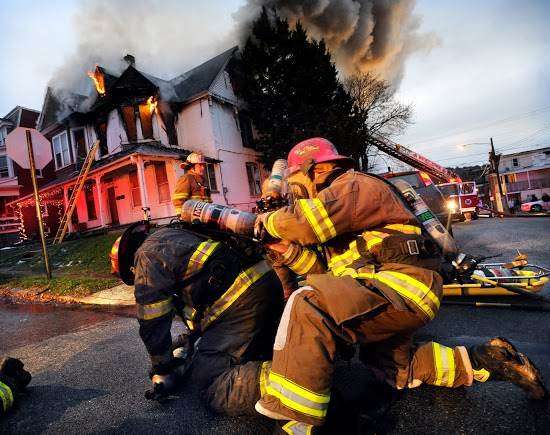 Journalists are first responders, joining police, firefighters, fire policemen and emergency medical workers, on the front lines. For some journos, this work can be taxing mentally and physically. The York, Pa., Daily Record/Sunday News has developed a program to address trauma in journalism and to train journalists in reporting on victims of trauma.

The YDR has won honorable mention in Editor and Publisher’s 10 Newsrooms that Do it Right competition.

It recognizes the peer support program addressing journalism trauma recently rolled out at the YDR and across eastern Digital First Media newsrooms. The initiative is informed by the work of the Dart Center for Journalism and Trauma.

Last year, the YDR entered the NewsVroom community engagement initiative, which scored in the Top 10 in the E & P competition.

Here’s what Editor and Publisher said about the YDR’s entry:

“York Daily Record/Sunday News York, Pa. The York Daily Record/Sunday News led the way for its parent company, Digital First Media, to become the first U.S. news organization to launch a peer-support program for journalists who are or could be affected by coverage of trauma and violence. The YDR now includes in every new employee’s orientation a one-hour course on trauma awareness and peer-support. In addition to helping journalists who have experienced trauma themselves, this training also helps journalists deal more sensitively and effectively with the people they are covering.”