United Way campaign 2015 and other events at 1891 Loucks Road 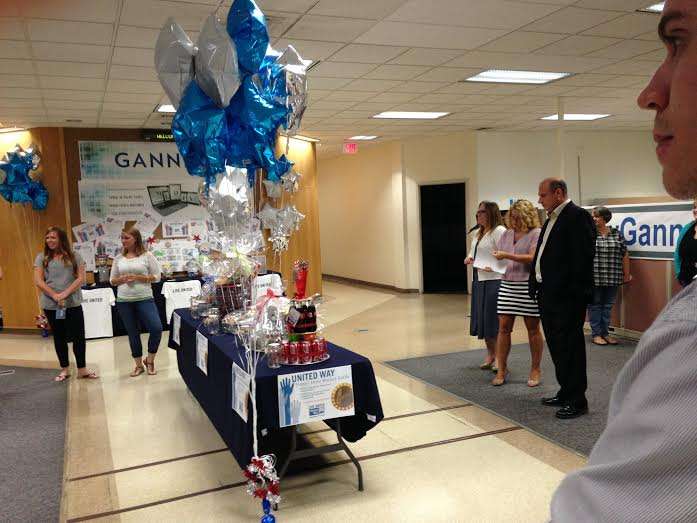 This is the kickoff of the United Way’s Happy Hour Basket Raffle, one of many United Way of York County events at 1891 Loucks Road in the 2015 campaign. Meanwhile, another contest sits in the background … . 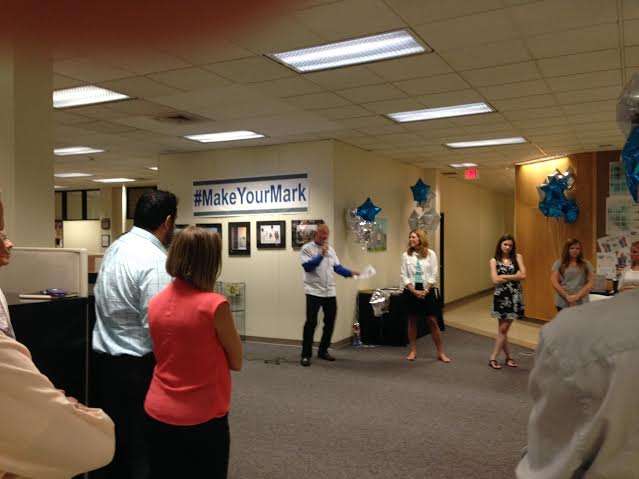 That other contest is Penny Wars, and those pennies are adding up. Wonder which department will win? Here, Advertising’s Michael Wynegar,  with microphone, brings staff at 1891 up to date on the various United Way events.

YDR inspired: Scott and Jason helped with this statewide program

Guess the staffer:  Check out other hidden facts about YDR staff

Friendly foes: The rivalry is continuing. And, uh, Hanover won the last game … .

Before @JJWatt warned high schoolers about social media, @JimSeip talked about the perils of posting: http://t.co/DTAWG36m90

The NewsVroom: Will be on the road to Dover today, without Lyzz atop