Newsroom culture of excellence, foundational document No. 10: Understanding digits in the digital world 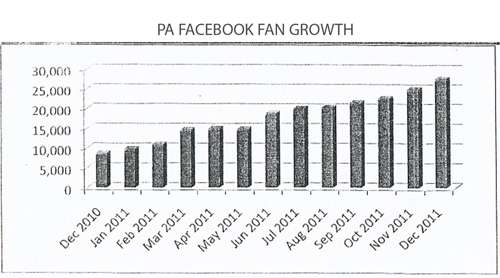 This graphs shows growth of our Facebook audience from four counties – York, Adams, Franklin and Lebanon – and beyond.

Many journalists will tell you that math wasn’t their best subject.

In fact, some will say they got into journalism because they couldn’t mesh with math.

But the Web reaquainted journalists with numbers, and now understanding those pesky digits has become important. (Actually, the best journalists always found a way to overcome this phobia.)

Indeed, comprehending the analytics or metrics is a core competency in our newsroom,  foundational documents with a deep base.

We have access to a dizzying set of numbers: The number of times you visit a particular story or website. How long you stay on any given site in a visit. How those numbers compare to the same time last month. And last year. How many of you are using our news app. How many pages you have read on this blog so far this month (3,280, btw).

Journalists had access to some numbers in the past, of course. How many homes received the newspaper, for example. How many people bought single copies at the news stand.

But they were limited and often untimely.

So if our numbers are low at these benchmarks, we look for ways to energize the site: Is there a weekend story we can repost on our home page? Are all our home page sections updated? Are there popular database – home sales, property transfers, restaurant inspections – we can feature? Are we active enough engaging you on social media?

With access to all these numbers, we can also set goals. For example, in 2011, we set the goal of 10,000 Facebook likes on our main Facebook site for June 2012. We’ve already passed that goal.

Not surprisingly, an audience of 10,000 or more fans has caught the attention of advertisers. In fact, the Facebook audience number for all our sites from our news organizations – including the York Daily Record/Sunday News, Hanover Evening Sun, Lebanon Daily News and Chambersburg Public Opinion – is approaching 30,000. (See graphic above.)

A few words on the topic of audience.

American newsrooms have long sought to inform their readers. When they succeeded, people regularly sought out these weekly or daily newspapers. That information had such value to those readers that circulation departments could assign a price to their newspapers. The paid circulation numbers grew to such sizes that advertisers became interested. These businesses saw value in getting their messages before a guaranteed number of readers who cared enough about the newspaper to pay for it.

Much of this model holds today in the digital world. (There’s a debate over whether online subscriptions or paywalls – analogous to paid circulation – will work in that world). Just as in print, we know you expect us to engage and be engaging. You can sniff out if we’re just going after numbers – or just trying to sell newspapers. But from a business perspective, the goal in this digital era is to grow audience/grow revenue.

A difference is that journalists in newsrooms now can – and must – avail themselves of the numbers that the digital world produces. Those pesky digits are no longer optional in the digital world.

Journalists can no longer skip class, avoid that subject or change majors. 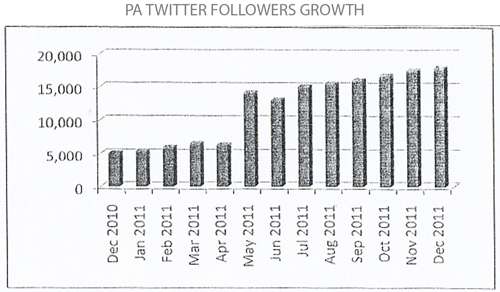