Posted by YDR InsiderJanuary 24, 2015 Awards and honors, Behind the scenes, Editor, News coverage 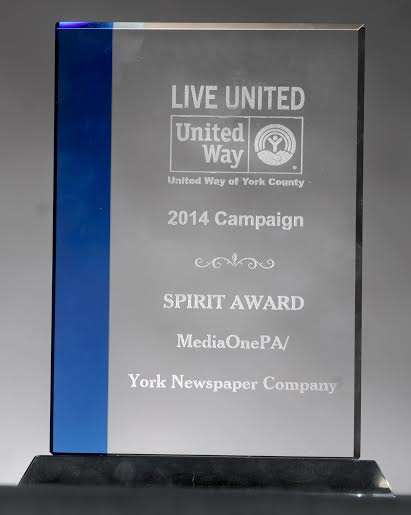 The United Way cited a silent auction and car wash in which the company’s operations committee washed the vehicles of staff at 1891 Loucks Road as examples of projects that prompted the award.

A York Daily Record/Sunday News story about the campaign and annual awards event led with: 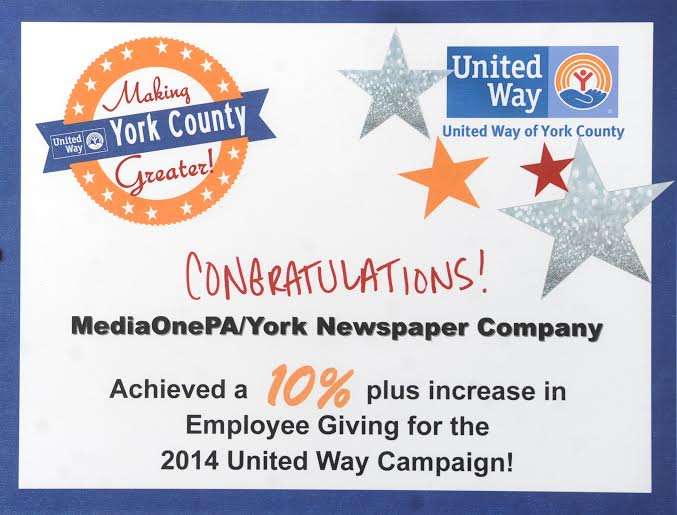 “People who participated in the annual United Way campaign celebrated Thursday night that the 2014 fundraising effort brought in more than $6.3 million.

“The goal this year was to raise as much money as possible — rather than a preset amount — for the agencies that the United Way partners with.

“‘I’m ecstatic over what was raised,’ executive director Robert Woods said before the event.”

The United Way’s theme was “The road to making York County greater.”

The staff at 1891 Loucks Road helped do just that.

For the rest of the story and list of winners, check out: United Way.

The York Daily Record/Sunday News staff was part of the MediaOnePa team that achieved these honors.