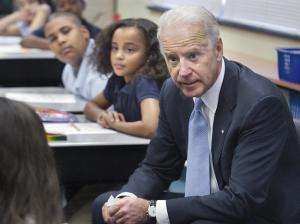 An obscure news release – arriving with government efficiency in the YDR newsroom late Sunday afternoon via our sister newspaper the Hanover Evening Sun – set our newsroom into rapid motion.

That prompted three days of intense coverage  in the York Daily Record/Sunday News and ydr.com in which our staff used every platform and tool – Twitter, Facebook, live streaming video, video from flip cams – really, the whole arsenal.

But out of all this, some readers no doubt will remember a little story that made the hard-edged vice-president seem, well, almost personable… .

His dad had stayed at the York YMCA.

Scroll to the end of this story to find that Biden family link to York under the headline “Best tidbit of the day.”