Posted by YDR InsiderMarch 30, 2015 Behind the scenes, Personalities, YDR 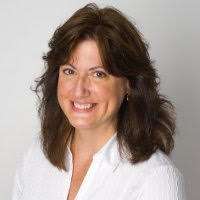 In April, the YDR newsroom welcomes back Kim Strong after a 13-year hiatus.

Kim will fill the newly created position of special projects/new ventures editor. She joins us from LNP, the new name for what had been Lancaster Newspapers, where she was president of Steinman Marketing Solutions. Her path from here to there and back again positions her to help speed up the revolution that is local news.

In 1994, Kim started with the YDR as features editor. She went on to be our writing coach and editorial page editor. Among her many contributions were two strong narrative articles that wrapped up all that had been learned about the murders of Lillie Belle Allen and York Police Officer Henry Schaad during the 1969 race riots in York. Kim wrote “As He Lay Dying” and “Silent No More” in 2002, soon after the trials had resulted in convictions of 11 men.

In 2003, she went to The Patriot-News in Harrisburg as assistant managing editor for writing — essentially, their writing coach. She also served as director of custom publications and director of business development before being named vice president of sales.

Last year, she moved to Lancaster for the Steinman Marketing post.

But Kim wanted to get back to her roots — the newsroom. And she wanted to come back to a place that still feels like home.

In this position, Kim can put to use all that she has learned in leadership roles as a journalist, content marketer and advertising sales leader. These insights will help us better understand how to expand our value to readers while creating a fertile environment for advertisers — particularly online advertisers.

Her first effort will focus on the expansion of FlipSidePA, our entertainment news brand.

1) Work closely with FlipSide Editor Ashley May to expand FlipSide’s focus. There are so many venues, festivals and events that draw people from throughout the region. To best serve our readers, we need to go where they go.

2) Help us develop story forms that work better for mobile audiences. We use a wide array of story forms now, but too often we simply stack sentences and paragraphs — yikes, that’s what I’m doing now! That worked when the newspaper was our only platform. But it’s not ideal for people who are out at a restaurant or an art gallery or sitting in front of their TV. So we are asking Kim to drive up new, more effective ways of telling stories.

Entertainment is a wonderful area for such expansion. The creative and adventurous nature of the readership and the content makes it easy to experiment, to take chances. These readers will welcome articles along the lines of, “Top 10 craft brews made in Central Pa.” They will appreciate a story that is told primarily with photos or video. They will accept casual, even irreverent approaches.

Kim will also help us use data to make better decisions. That is fundamental on the ad sales side of the operation. An advertiser expects to see tangible, quantifiable results. They need to see the bang for their buck. But journalists have typically relied upon their gut and their experience and traditions to guide them in what to cover and how to cover it.

We have a responsibility to make better decisions. Kim will work closely with our Innovation Editor, Joel Shannon, to crunch numbers in meaningful ways and help reporters adjust to the changing needs of readers.

These efforts should drive changes across the newsroom.

We can and should change the way we cover everything from a car crash to a city council meeting to an investigative report about environmental hazards. The platforms have changed. The readers have changed. And the approach to the journalism must also change.

Kim Strong has helped newsrooms transform from many angles. We are thrilled to have her back here as we accelerate the many changes already underway. Based on a recent post she made to Facebook, I think it’s safe to say that she is thrilled as well.