Engaging with York County, Pa.: Inside and outside 1891 Loucks Road

Around York County: Stories are everywhere … . 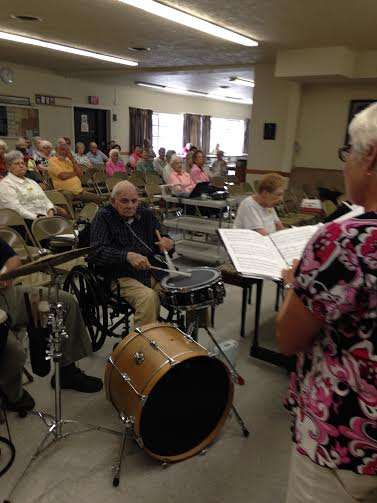 When YDR journos are out in the public, we see stories everywhere. Here’s one from an invite for a staff member to present at a lively community organization. Ninety-something-year-old drummer Eugene Budesheim taps away at a Dallastown Golden Agers’ gathering, where he accompanied the group’s chorus in 4-5 numbers. A bit more about Bud. And a bit more about the Golden Agers.

A sampling of other recent moments in which YDR journos met the public … .

+++
Teacher in the workplace: We learned from you, too, Jennifer

I enjoyed my first day hanging out at the YDR. What a great group of people! I am learning so much about the “real world”. @ydrcom

No Sweat in the Park: Encore …

Remember to join us again for Zumba next Tuesday at 6 p.m. on our back lawn! 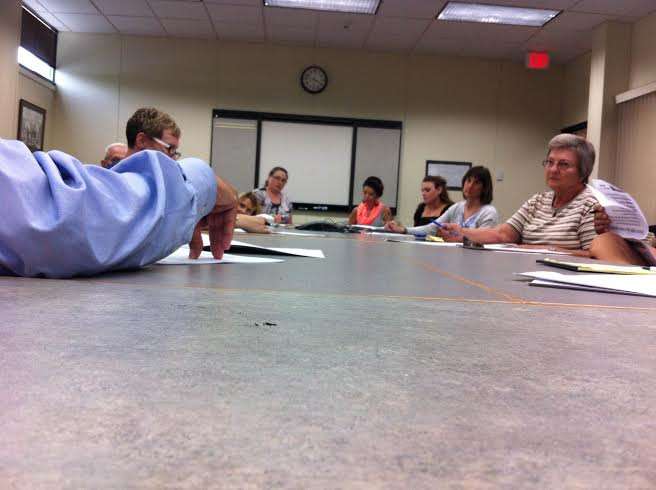 This is an around-the-table photograph of the YDR’s ‘How to Get it Published’ seminar last week. Seems quiet. But with dynamic teaching of the York Daily Record’s Randy Parker and others, the session was interesting. The YDR has coordinated the seminar about four times a year for about 10 years. A lot of tips are passed on to the public, but here is the key: If you want to send in something for publication in the YDR print or digital, send it to news@ydr.com. Someone is always there to receive the email. Here’s the handout that participants received.
+++
Plus 1: This might not be about engagement, but it’s engaging …