How does the York Daily Record decide how to refer to a transgender person? 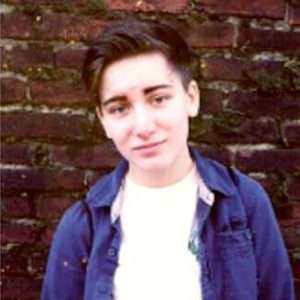 Readers have been asking why the York Daily Record refers to a transgender student at Red Lion Area Senior High School as “he,” and by the name Issak Oliver Wolfe, rather than as “she” and the name Sierra Stambaugh.

This student was born a girl and was given the name Sierra Stambaugh at birth. That is the name most people have used until recently, and “she” has been the pronoun most commonly used for this person until recently. Sierra remains this student’s legal name.

Recently, however, this student self-identified as a male and asked people to use the name Issak Oliver Wolfe.

Like most news organization in America, the Daily Record follows The Associated Press Stylebook. This helps us quickly settle questions about everything from grammar and punctuation to questions such as, “Do I put a period after the S when using Harry Truman’s middle initial? (Answer: Yes. See page 281.)

The 2012 AP Stylebook offers the following guidance for reporting on transgender issues:

Simply put, refer to people in the way they prefer.

This follows a logic generally accepted here at YDR, which is to let people tell us how they should be identified. When reporting on former York County District Attorney H. Stanley Rebert, we typically use Stan Rebert, because that’s what he wants. York’s mayor goes by Kim Bracey, not Cecilia Kimberly Bracey. I am Randy Parker, not Randolph William Parker. Indeed, we called the former York County Clerk of Courts by his nickname Curley, as opposed to his given name Marlyn.

In particularly formal instances, such as a swearing-in, we might use the full name. Likewise, people charged with crimes are likely to see their full names used in news coverage. (Lee Harvey Oswald, Mark David Chapman, etc.)

Following set style guides allows us to remain consistent and avoid case-by-case biases that might taint our coverage.

In regard to this student in Red Lion, we relied on established principles that are divorced from the controversy at hand. Issak Wolfe tells us that’s how he wants to be known, and we have a reliable guide to help us with that.

Our take: Kings and Queens and Red Lion prom ballots