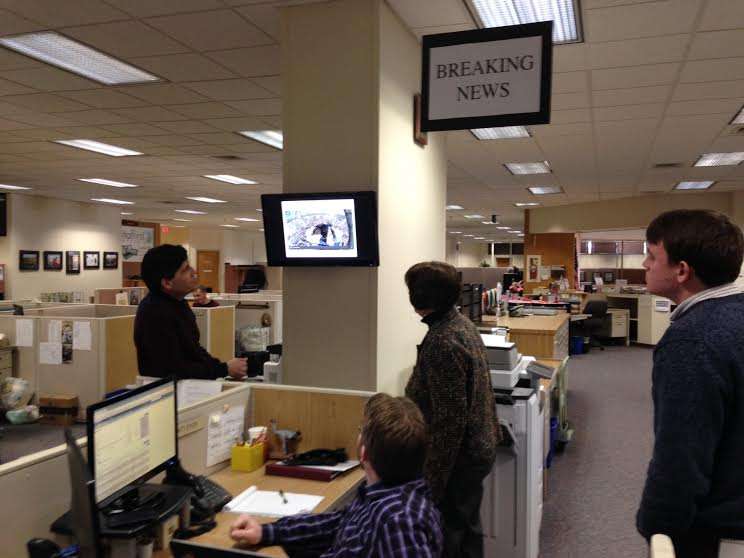 Usually, the screen in the newsrooms in the York, Pa., Daily Record/Sunday News shows stats for the day.

But the Codorus State Park eagles have won out, for the time being. They’re now dominant on the newsroom screen.

I guess you can say that watching the pair warming their two eggs is preferable to viewing the considerable numbers of views on YDR.com created by the big birds.

The prospective mom and dad are the real thing, and they’ve captured the public’s interest, as well as veteran journos at the YDR.