Posted by YDR InsiderOctober 29, 2013 Behind the scenes 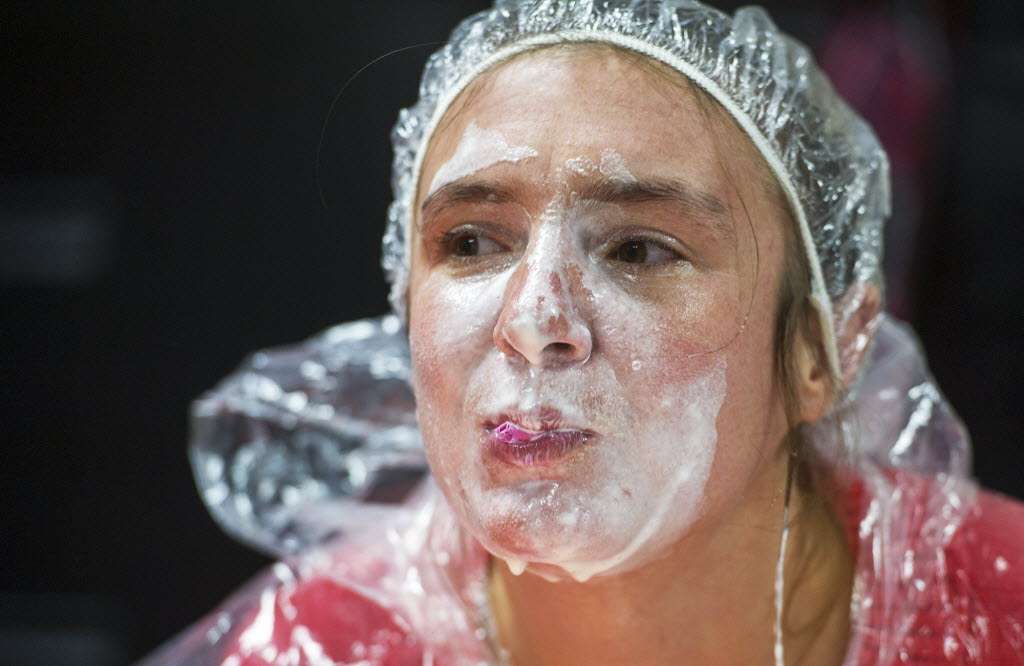 Another view of Whipped Scream competition: From the left, Patrick Abdalla, Lauren Boyer and Randy Parker. 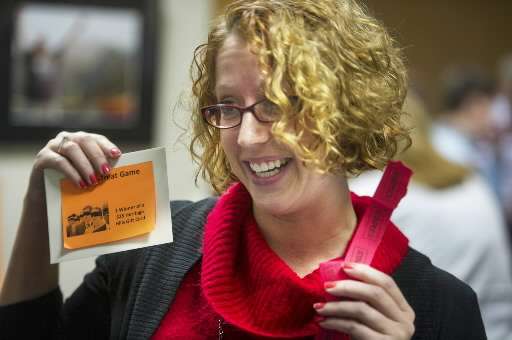 Katie Hoyt was victor in the ‘what’s that chocolate’ competition, more cleverly named ‘Lick or Treat.’ 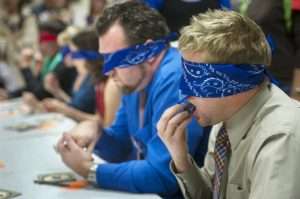 Another view of ‘Lick or Treat’ competition. From left, Dave Wade and Jordan Billet.

The last of the contests: Toilet paper competition. 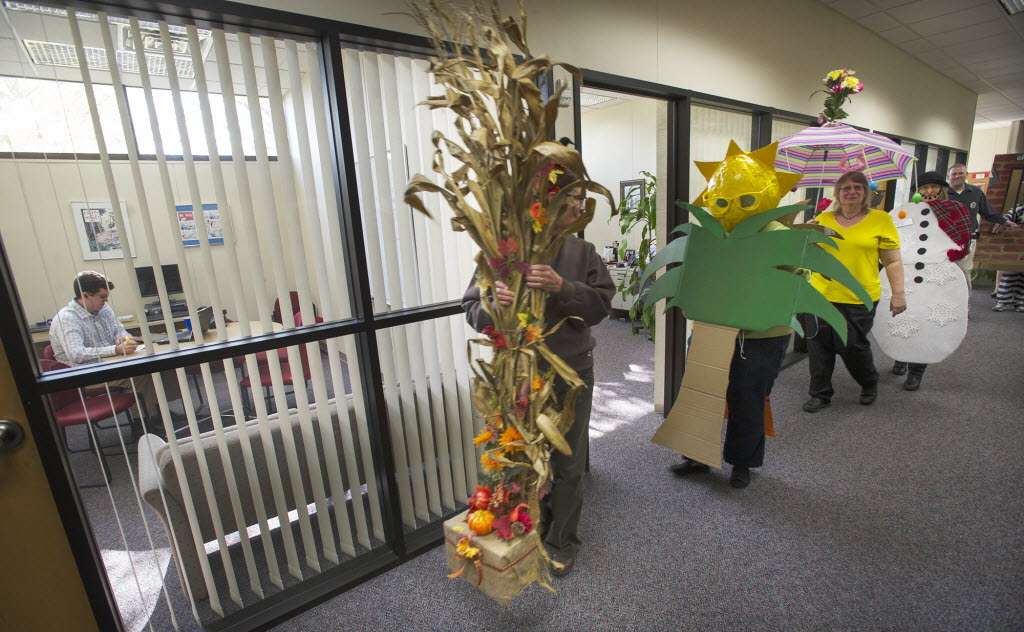 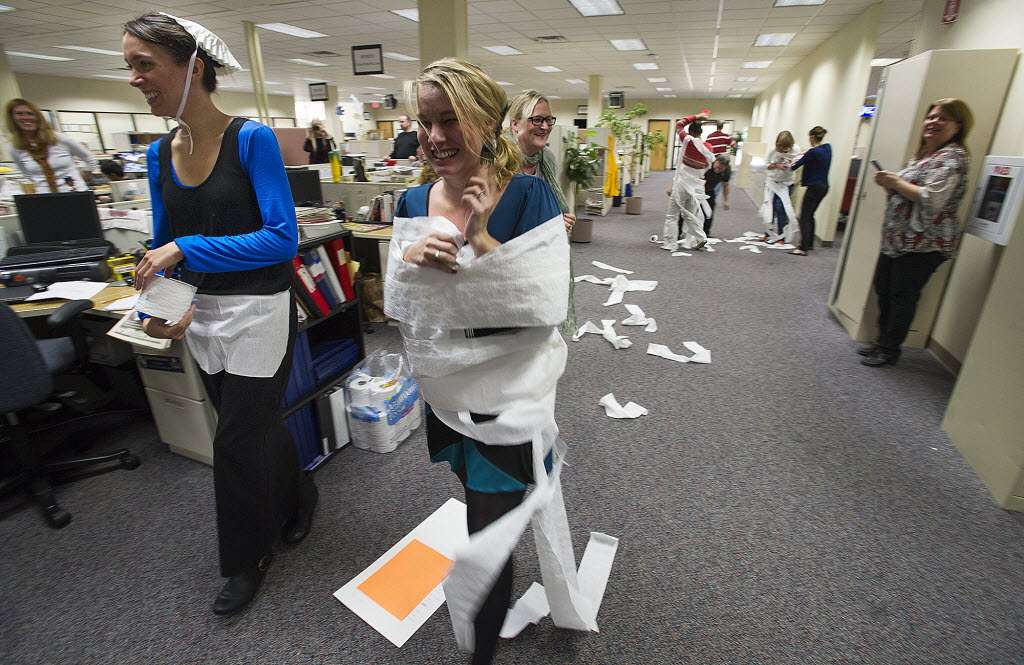 Lauren Raton, left, and Megan Groft at the end of the Dizzy Mummy contest.

Scroll through some more video, photos and other social media from participants below:

Watch video of the YDR staff at the York Halloween parade