Posted by YDR InsiderFebruary 20, 2012 Behind the scenes, Digital first, Smart 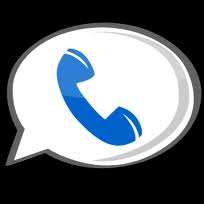 I had fun experimenting with Google Voice recently.

First, I had to figure out how to use it, which took me a little while because I couldn’t get over the fact that I could just pick a new phone number without calling the phone company. Then, I had to “attach” my Google Voice number to my an existing number, which made me worry that I would mess up my office phone. Eventually, I took the plunge, clicked OK, used my office phone number and, voilà, I had Google Voice. (And, as far as I know, I haven’t caused any problems with my office line.)

I tested its transcription abilities.

I called myself and left this message:

Cara, I really Niche Publications Editor with the are still a record Sunday News. I’m just testing out this google voice account.

Oddly enough, it got “niche publications editor” on both tests. And it did OK on the second sentence, but I don’t think it’s reliable enough to be able to replace old-fashioned, human transcription.

Moving forward with the experiment, we did three things:

I asked for call-ins on Groundhog Day by sharing my Google number with my Facebook fans. I received one response, which reminded me to set up my outgoing message.

Features staffer Ashley May (who hasn’t been in our office for a month yet) had the most success with 10 reader call-ins about favorite Valentine’s Day moments. Listen to them here.

I asked Ashley to give us a rundown of her project.

The Valentine’s Memories project was first promoted through the Smart blog and Facebook page as well as my personal Facebook and Twitter. As far as production, I tried to keep the audio editing to a minimum, because the goal of the project was to present raw, caller-generated stories. With that said, features copy editor Jess Krout and I made it clear through the Google Voice greeting that callers should keep their messages to less than 1 minute and also include home municipalities and spelling of names. Names and municipalities were edited out of the final stories in Audacity, and used for the text portion of the blog post. I imported each of the edited audio pieces into SoundCloud to generate a user-friendly online file. With several options for embedding, I had a few problems trying to generate the best-looking sound template on the Smart blog. Because the Smart blog is a self-hosted website, it does not have the SoundCloud plug-in. So, that is why the final post used the sound template with a large empty photo placeholder to the left of each file. While there is always room for improvement, the project succeeded in sharing local stories through an audio platform. I was so pleased with all of the callers that shared their special memories with us!

I also did some crowdsourcing about Google Voice on my Facebook page to see how people use it in their daily lives. Here are some of those responses:

“When my aunt would call me from Florida I had some trouble hearing her, like she was using a can rather than a phone. That was a few years ago so it might be better now.” — Alexandra

“I use Google Voice on my phone it works great. A lot more options then standard voicemail. You can (forward) anything to it. And block all incoming when you need to.” — Jim

“I’ve been experimenting with it to auto forward inbound calls to Skype and cell phone simultaneously. Seems to work well. The automatic transcription & notification of voice-mails is nice, although I haven’t used it much. I haven’t used it for outbound calling or SMS texts either. The few times I tried it, it seemed to work, although there seemed to be a slight latency. I don’t think GV supports MMS messaging yet, which could be important depending on your intended use.” — Josh

What have we learned from these experiments?
Google Voice is a way of collecting readers’ voices online, which saves us a step when processing the audio. I would love to hear some other success stories from other people who have used Google Voice for journalism.

Here are some examples I found for reference when working on our projects:
http://idealabheritage.wordpress.com/2011/12/15/using-google-voice-for-journalism/