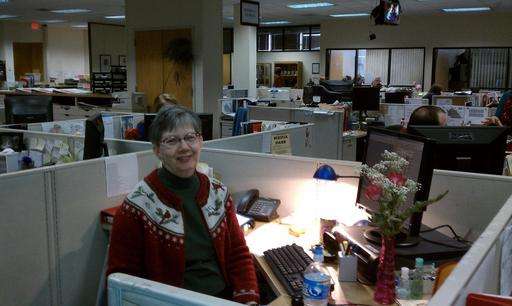 Gloria Fogal started at the York Daily Record on Oct. 5, 1970. She began her career in layout, where she worked for two years prior to becoming a general assignment reporter. She was a reporter for more than a decade before becoming a copy editor.

Over the years, she has done nearly every page in the paper, from the editorial page to the Living cover. She was our first magazine editor (York Magazine) and took on the role of book editor in the 1990s. Her greatest love is her husband, John, who she met at the York Daily Record. They married in 1974. Her second greatest love is books. She looks forward to spending time with John and, of course, reading.

READ MORE: Learn about a piece of the newsroom that Gloria Fogal is taking with her.

Below: Gloria and her co-workers celebrated at El Rodeo. 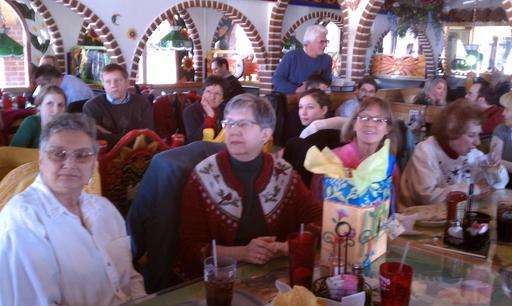