Posted by YDR InsiderOctober 21, 2014 Behind the scenes, Editor, News coverage 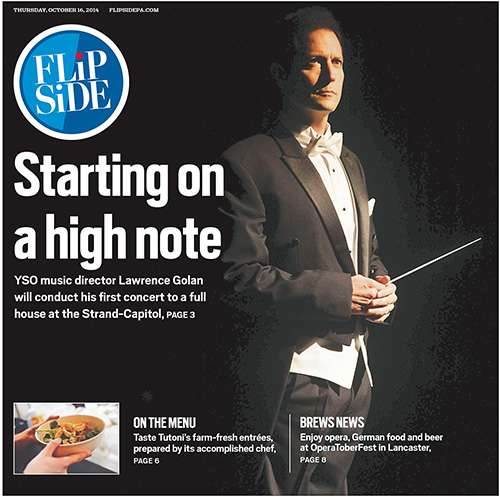 Many folks are aware that the two sides of the magazine – each positioned 180 degrees from the other –  met in the middle. No longer. But the name reflects the other side of your work and home life – things to do when you’re away from both.

“We hope you enjoy the new style and flavor of FlipSide magazine, here to inform you of the best local happenings you won’t want to miss,” FlipSide Editor Ashley May wrote.

In other YDR happenings recently:

– In case you missed it: The YDR donated an old newspaper vending machine to a 6-year-old for conversion into Elijah’s Little Free Bookhouse, a neighborhood lending library. Check it out: Little Bookhouse.

– Over at YDR.com, a new Ebola page gathers news and views about this topic that is very much in the news.

– Have you noticed all the live events on YDR.com? Streaming video of a YDR editorial board meeting with the York County Heritage Trust on an enticing topic – the Murals of York – is the most recent example.