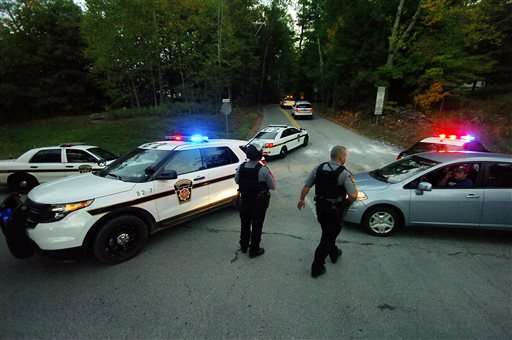 This time last week, I was sitting in the newsroom trying to make sense out of the news of the state trooper slaying in northeast Pennsylvania.

Or maybe I should say lack of news. The online world was full of fevered speculation that state police were closing in on the shooter. A week later he is still at large.

“It was just inaccurate and wrong,” Trooper Tom Kelly, a state police spokesman, said of the coverage

in an article last week that took the media to task for getting it wrong. “It’s not the time for inaccurate reporting.”

If you ask me, that’s the one the media got wrong. If anyone is to blame for the spread of ill-informed panic and speculation, it’s not the media, it’s the state police, who were, after all, in the best position to correct any inaccuracies.

As an editor, I consider the Pennsylvania State Police one of the hardest police agencies  to work with in the state. Some individual PSP troopers and public information officers are real communications pros who understand an informed press does a better job and an informed public makes for a safer society. But too many in the PSP still seem to think what we don’t know can’t hurt us.   Yes, I understand too much publicity can sour sensitive police investigations. But too often, I think, it isn’t public safety that keeps the state cops from talking. It’s the arrogant paternalism of “nothing to see here, folks. We know what’s best, so just move along.”

Sorry, but in a democracy, the police can’t be above public accountability. And in the digital age, it’s more vital than ever for law enforcement to keep folks informed.

Rumors don’t start in the newsroom; they are given life on social media. Rumor control has always been part of the journalist’s job, but it’s increasingly vital when anyone with a cell phone and a Twitter account can publish whatever strikes his or her fancy. We ought to be in the business of setting the record straight, and that’s not easy to do when officials don’t want to talk on the record.

Our job is to separate facts from fanciful speculation, and that’s tough to do when official sources of information keep us in the dark. The PSP seems to be doing a better job this week of keeping the public informed, so the press coverage, too, is naturally better.

Now, if they can just catch a break and catch that SOB. That’s the story I want to see confirmed.