Chatting with my FacelessBook friends 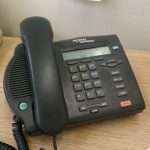 She’s probably in her late 60s or 70s. But her voice is vibrant, old and young-sounding at the same time. She may be getting on, but she is mentally sharp and engaged with her community. I like that. I like her — though we’ve never actually met.

She calls once a week, or maybe every other week, to tell me what she thought about something on the opinion page. Sometimes it’s a letter. Sometimes a column. Sometimes the editorial. Sometimes she likes what she’s read.

Luckily, this time it’s something she liked — an editorial on Penn State’s new football coach. I didn’t write that one, but I’m glad to hear she liked it.

I’m glad she takes the time to call.

People still do that — even in the age of texts and Twitter and Facebook and Google+ and whatever comes next. They call you up and they talk to you. Many times, it’s a complaint, something they didn’t like — though occasionally a compliment. Many times, the complaints evolve into interesting discussions about politics or public policy or philosophy.

Often, these calls are one and done. I never hear from the person again — except maybe in a letter to the editor or an email.

But over the years I’ve developed relationships with some of them. Well, relationships might be overstating it. But I have a group of anonymous friends I talk to regularly about the opinion section. Call it FacelessBook.

There’s “that lady who calls you,” of course.

He might have told me his last name, but I can’t recall it. When he calls, he just starts right in, no introduction necessary, he’s already mid-topic the second I put phone to ear, as if he called me to help settle a bar bet. He might actually be in a bar when he calls — or just home from one.

I picture him as hard-work-muscular (as opposed to gym-muscular), crewcut gray, maybe smoking a cigar.

He’s a blue-collar guy — but an educated one. Some formal education, but mostly wide-ranging personal reading. He’s like the philosopher king of the corner bar.

His politics are pro-worker populist with a spot of tea party on the side — though he respects Obama because he’s shown some backbone in foreign policy. Mostly fed up with status-quo politicians and wasteful spending.

I don’t always agree with him, but I love talking to him.

Another FacelessBook friend: Joysey — as in, New Joysey. That’s where he’s originally from. Or maybe it’s New York. The accent is pretty much the same. In my cluttered mind, he’s Joysey.  But he’s also York County, through and through. He really cares about this community.

He’s got a machine-gun mind, firing out thoughts and ideas so fast I can barely keep up or respond. He’s a Democrat but a fairly conservative one, and it’s obvious he reads every bit of local news he can get. He cites old stories with complete accuracy that I would definitely need to look up in our database.

Another: Jan from Dover.

I actually know her last name and have met her.

But I include her with my FacelessBook friends because she does what they do. She calls and talks issues. Sometimes she calls to point out something I’ve overlooked in an editorial — and she’s usually spot on.

Thanks, Jan — keep fighting that cancer!

One more: Slow talker. Slow talker doesn’t mean slow thinker. This guy is bright as the sun, but incredibly deliberate and careful in how he chooses his words. He recently called to talk about a municipal issue. I later wrote a piece that did not support his view. Then he left three voicemails, each more desperate than the last. When I finally won the game of phone tag, he asked how I could talk with him for so long about the issue and then not agree with him.

I chatted with him all the way from Hanover to York as I returned from a visit to our sister paper there. We started out with municipal police protection and ended up with U.S. government savings bonds, and I enjoyed every topic in between.

There are others, but I’ll stop there and wrap it up.

I value the speed and immediacy of social media and electronic communications. It’s revolutionizing local media — in a good way. But there’s still something to be said for just plain talking to the people you serve in the community. You get a real sense of what resonates and how you can better help folks. And of course, you make friends in the process.

In the coming months, look for the Daily Record/Sunday News and our online platforms to venture into new ways to connect with our community, perhaps through an open newsroom concept where we invite people into our office to hang out, maybe have some coffee, talk to us and participate in the reporting process — and in efforts to improve our community.

I look forward to it.

Maybe I’ll get to put some faces to voices on the other end of the line.