York is the world’s biggest small town, Jim McClure has said more than once.

So it was no surprise that a Facebook post would pop up from someone from York who was visiting someone in Roanoke, Va., recently in the national news, and who had run into a reminder of home.

But it was great to see that the York resident, Brittany Figdore, was so nice as to post a photo and a kind comment (below) about the YDR newsroom’s effort to support journalists in and around Roanoke, near where two journalists were shot and killed while doing a live broadcast for WDBJ-TV.

And then Renee Ellis, a member of the Fixing York PA Facebook page, was kind enough to share it there.

Our newsroom staff responded with generosity to the idea of supporting WDBJ and other journalists in Roanoke — and to be sure, it was one of many, many instances of newsrooms reaching out to WDBJ in the wake of the shooting. Our staffers’ response tells you about the kind of people they are, and I also think our focus on trauma-aware journalism played a part. So we’re happy if the word gets around about the importance of journalists supporting journalists. 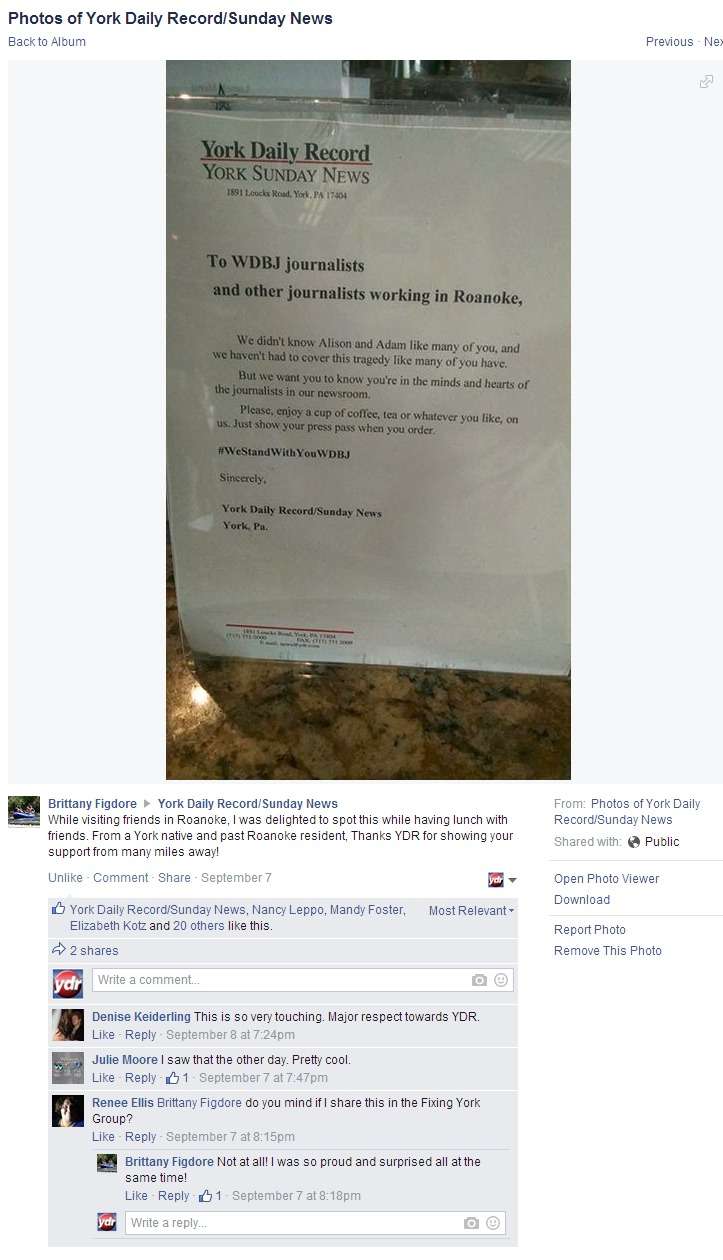 In Pennsylvania, a trauma journalism movement is taking its first steps

A top York Daily Record/York Newspaper Co.’s goal in 2015: ‘Be a great workplace’

Surely this is York County at its best. And worst

Brain science and journalism: A trauma survivor’s memory is still forming when she might be giving an interview. What does that mean for those asking the questions?