Folks, notice the free coffee for the first five who look up our reporters on Dec. 12.

Every day, people at the York Daily Record/Sunday News and York Newspaper Co. reach out to the community.

They do it in person, as we see above with the Green Bean appearance by business reporters Gary Haber and Brett Sholtis.

We do it in our 1891 Loucks Road plant, as evidenced by our involvement in the Angel Tree Program at the bottom.

We call it community engagement, a role we see as crucial in helping to make our community a community.

OK, here are other examples of engagement.

And don’t forget Gary and Brett … and that free coffee offer for the first five who engage with them.

We offered suggestions for Gov. Wolf’s cabinet, the GOP reached across the aisle and agreed with our picks and Flint McGolgan tweeted out the news.

We provided a hashtag and a steady stream of tweets and Facebook posts to foster voting for DaNica Shirey:

If you want to save @NicaShirey on #The Voice, the hashtag #VoiceSaveDanica is what you want to use right now during the next five minutes. — YDR online (@ydrcom) December 3, 2014

We asked you for Christmas light displays, you responded and we gathered your favorites.

This image brings many York countians back to another time – a post-World War II moment in which York, Pa.’s retail might was at its height. We asked, and you responded with memories that help knit together our community: 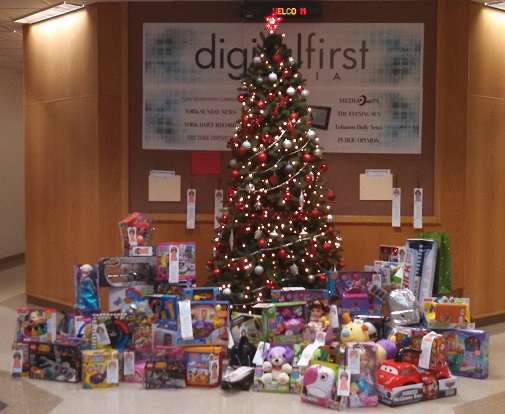 YNC has supported the Angel Tree Program since 1994.

The Salvation Army of York will serve more than 2,000 children in the York area this year.