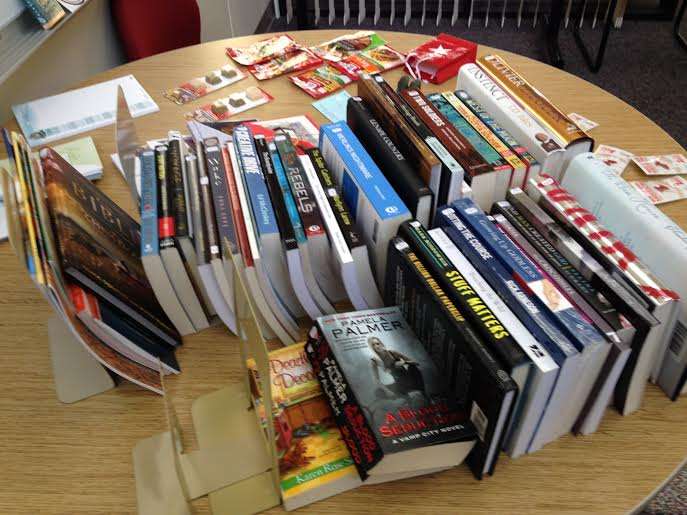 The YDR receives all kinds of things to review – books, photographs, CDs. That’s just to name a few.

So what do we do with these freebies, whether we review them or not?

If they’re free, then they’re a gift, and journalists avoid the appearance of impropriety by not accepting such. But so many items come in via the mail that we have developed an auction to productively distribute them.

So items large and small wind up in a sale open to employees of the YDR and the York Newspaper Co.

The proceeds of that auction, run by executive assistant Donna Mandl, join other funds raised for charity. It’s an account labeled Christmas Emergency Fund, even if an employee auction takes place in July. This fund has been around for decades, so its name is kind of part of YDR culture.

The York County Food Bank is the recipient of Christmas Emergency Fund proceeds this year.

“You do make a difference,” Donna wrote in a note to employees. “Thank you.” 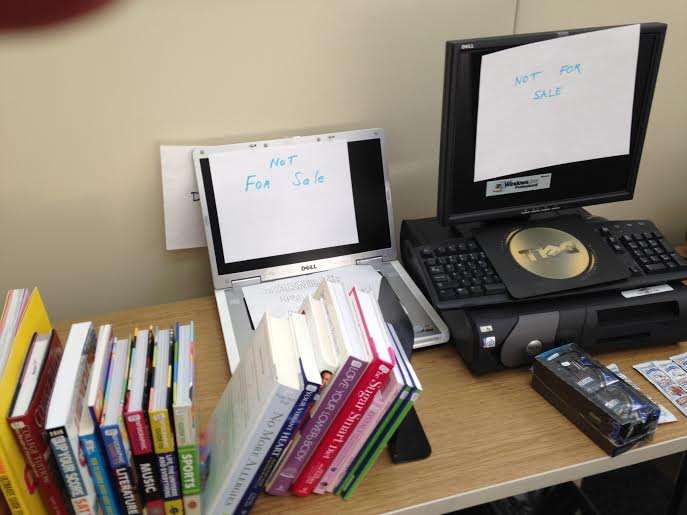 More items up for bid. Notice the signs indicating to employees that those are working computers that weren’t for sale; the books were.