Posted by YDR InsiderNovember 26, 2014 Behind the scenes, Editor, Office Life

+++
Among other things, Tom Norton, operations veep of York Newspapers for more than two decades, oversees the millions of pieces of insert advertising that go into five newspapers under his domain in southcentral Pennnsylvania.

Nothing has captured his attention more in recent weeks than the preprints, as we call them, slated for distribution in Thanksgiving Day’s York Daily Record and its sister newspapers.

“The credit really goes to the managers and employees as they put in the long hours to prepare and follow through on all the papers we produce and insert,” Norton said.

So here are five questions – and answers – about the YDR preprints: 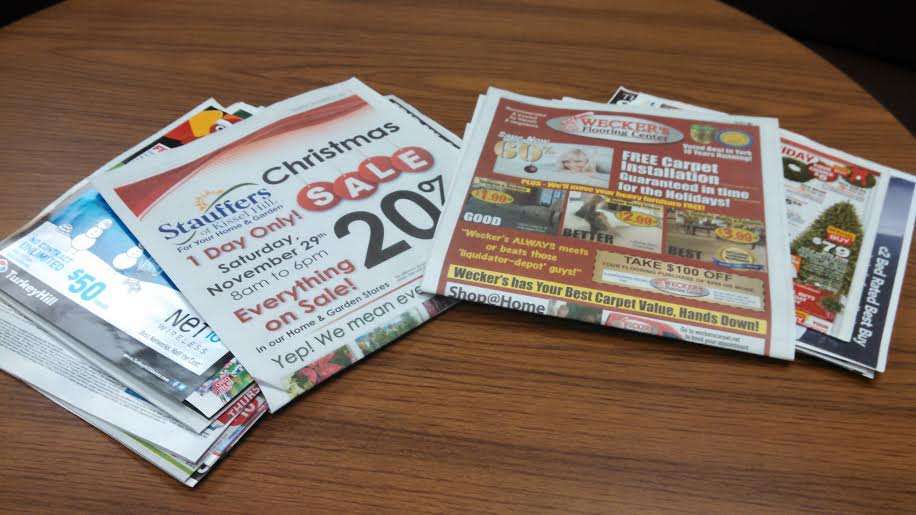 1. When did they start arriving in the warehouse from printers?
A. At the end of October.

2. How many inserts and pieces?
A. 53 different advertising inserts; 3 million pieces will be distributed in the YDR to home and single-copy outlets.

3. Is that more or less than last year?
A. Same number of inserts, but more advertisers are represented.

4. How long did it take to prepare the inserts pictured on this YDR Insider page?
A. About 25 hours of inserting.

5. How many inserts will be distributed with the York Daily Record, Thursday-Sunday.
A. 107.

Q. How much will the Thanksgiving newspaper weigh?
A. Unknown at this point, but I’ll update this answer when the newspaper is published on Thanksgiving Day. (Update, 11/27: About 4 pounds). 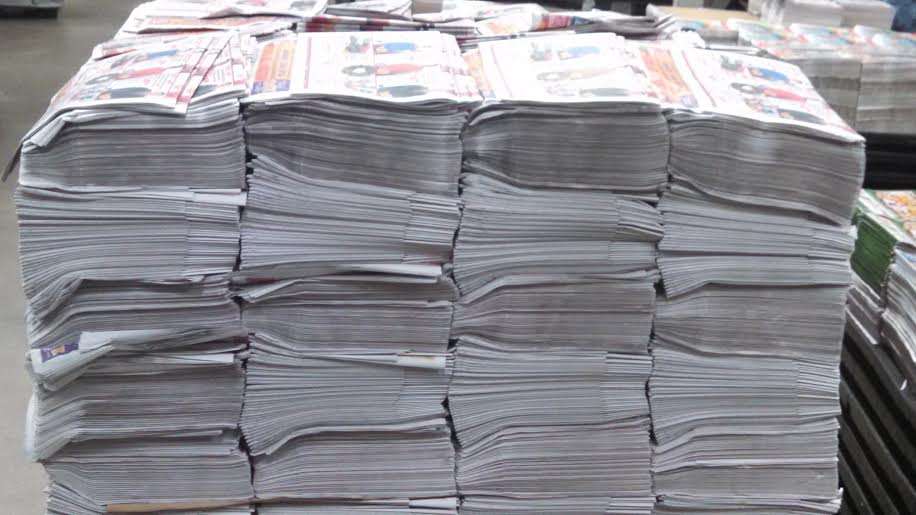 @JamesMcClure brought bagels thanks to @scott_blanchard who complained about no coffee. Too bad he’s not here! pic.twitter.com/vPdyKowihj

@SMartin_ @JamesMcClure awesome. Now if someone will look around and wonder aloud that there don’t seem to be any sandwiches for lunch… — scott blanchard (@scott_blanchard) November 26, 2014