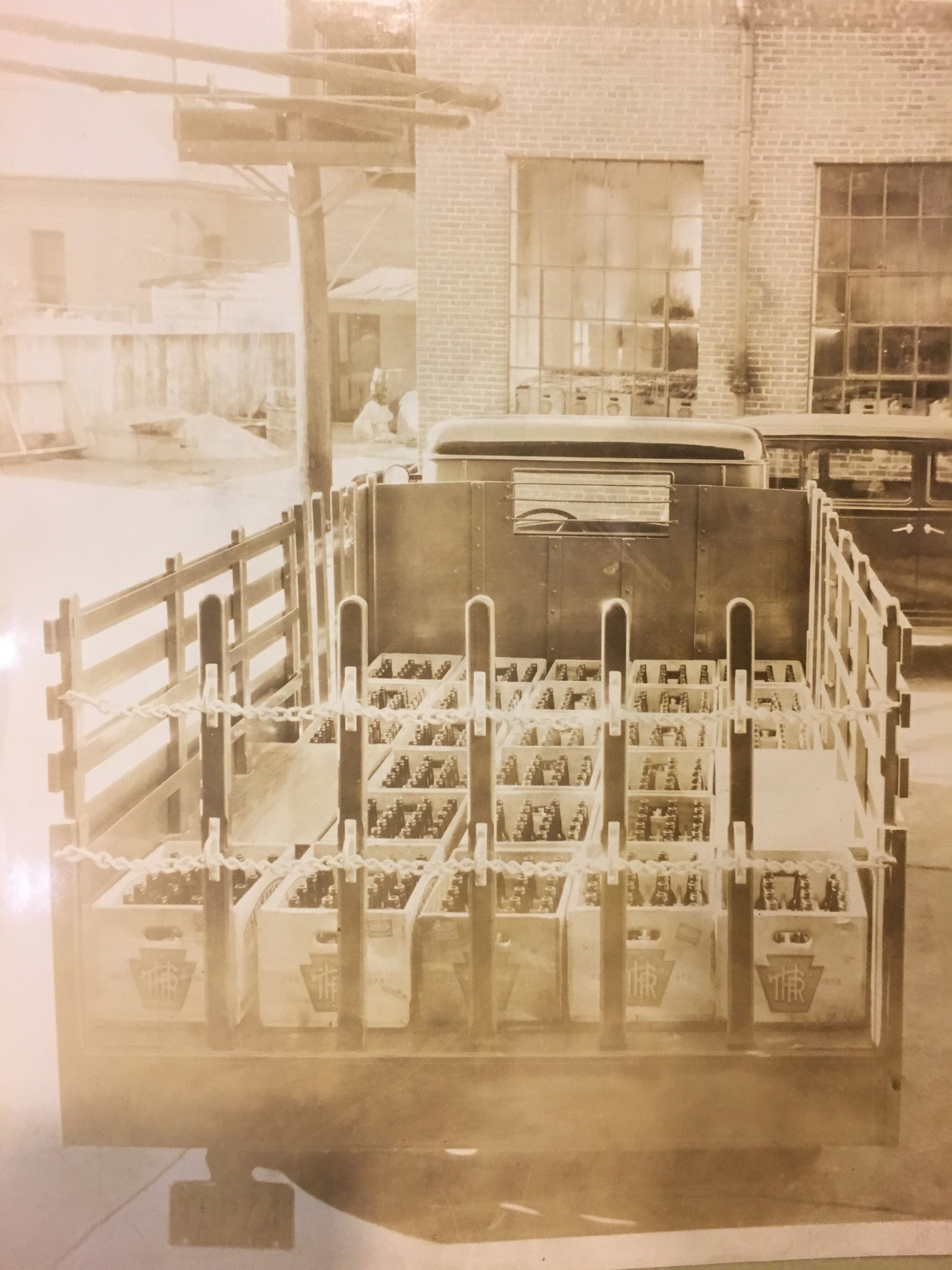 Is York County “on its way to becoming the craft beer capital of the Mid-Atlantic region?”

Over lunch one day in November, a few friends and I were talking about our favorite craft beers.

I tend to stick with the wheat beers such as Crystal Ball’s Jamaican Wheat, but I’ll try almost any beer once. One of my friends said, “Kinsley! I didn’t know you liked craft beer. Do you want to join Beer Advent this year?” My eyes grew large and my interest piqued. “What,” I exclaimed, “is Beer Advent?”

Beer Advent is when 24 people buy their favorite case of beer and drop it off at Santa’s house — I chose Liquid Hero’s Cloudification. Then, Santa and his elves redistribute the beers so each case holds a single beer from each of the 24 cases. The weekend before December, we pick up our newly formed sampler case and celebrate. Then, each day of December, the 24 of us enjoy the same beer and share our thoughts on the closed-group Facebook page.

I’m happy to report that everyone loved my beer selection — Cloudification. Yet, narrowing down my selection from the plethora of York’s breweries wasn’t easy. As of December 2018, there were 17 breweries in our county, according to Glenn Smith.

To bring attention to these breweries, Glenn Smith, founder of the York County Ale Trail, created his business with a focus on beer tourism. Its educational, behind-the-scenes tours give brewers a chance to tell their stories and allow patrons to sample their best beers. Of course, bits and pieces of York County history are sprinkled throughout the experience.

He believes the craft beer explosion in York “can be attributable to the return of local pride in the neighborhood brewery.” During our email interview, he wrote, “With a passionate following of consumers who appreciate the nuances of beer flavor, texture, and character, craft breweries have become a community gathering place.”

There doesn’t seem to be a limit to the amount of craft beer Americans can drink. By the end of 2017, Smith reports 6,000 breweries were thriving throughout the nation and another thousand are expected to pop up this year.

With all these social watering holes comes tourism. “Beer cations” are when people travel to visit craft breweries to delight in new beer experiences. Smith says over 10 million people per year partake in these drinking adventures.

What attracts visitors to York? Smith believes York’s “on its way to becoming the craft beer capital of the Mid-Atlantic region.” Our 17 breweries “feature an amazing stable of brewers who produce a variety of beer styles and experiences that appeal to virtually every craft beer desire, making it the ideal destination for locals and craft beer travelers alike.”

Jared Barnes, owner of Collusion, came to York because he was ready to start his own business. “After working at a couple other breweries up and down the east coast,” Barnes told me during our interview, “I finally decided that I was ready to do it for myself. I really enjoy the culture behind it, and if you love your job enough, then going to work every day doesn’t really feel like work.”

Greg Skirboll, Mexitaly’s owner, opened a brewery a few years ago. The restaurant opened in 2004 and a brewery was “NEVER” part of the business plan. “Admittedly,” he said during our interview, “the name doesn’t scream brewery. However, I felt with a 10 year history invested in the name, it wasn’t worth rebranding.”

Collusion has a unique story behind its name as well. Barnes tells me, “We had tried over and over again to get a name past Trademark, and I think after 4 or 5 names got rejected, I walked into my parents house and the word Collusion was written on a small piece of paper. We decided to use that and low and behold that one finally passed.” Many brewers agree, their name suits them well.

The first beer brewed in America occurred in Roanoke Colony, Virginia in 1587. Once York was established in the 1700s, it didn’t take long for the residents to start their own home-breweries. Most of the time, Yorkers brewed for personal consumption.

By the 1800s, two breweries were making names for themselves in downtown York.

Don Hartman wrote a book called Bottles & Jugs: With a York, Pennsylvania Perspective. In it, he describes the history of Helb Brewery, also known as Keystone Brewery.

The brewery was started by a German immigrant named Theodor Helb and his two sons — one brewed and the other bottled. Their partnerships produced around 800 barrels of year.

At the time, the law required that a brewery could brew at one location. Additionally, a brewer could just brew, the bottling and retailing of the final beer must occur elsewhere.

Julius C. Helb, Theodor’s son, had trouble getting a license to bottle his father’s and brother’s beer. He purchased the Exchange Hotel in Hanover where he intended to build a two story building — the lower story would be for cold storage and the manufacturing of beer and soda. The Judge of the License Court denied the transfer because the standing building, as well as plans for a future building, were considered “not suitable enough.”

However, the odds worked in Julius’ favor. In 1895, he founded a building — the Hanover Steam Bottling Works — and finally attained a license where he began to bottle his brother’s Keystone Beer, Baltimore Globe Beer, soda water, and ginger ale.

Karl Katz, a German emigrant, purchased the business for $20,000. Before Katz acquired it, the previous owners had established and closed the York Brewing Company within one year, 1893-1894.

He believed the first owners of the York Brewing company’s mistake was that they tried to build a customer base too fast.

The Helb family took twenty years to slowly build a customer base, and Katz would do the same. He started to gradually accumulate properties all over York County such as hotels and saloons, where he would introduce  his beer. The community loved it.

In 1897, three years after Katz purchased York Brewing Company, he decided to take the leap and built a large brewery. However, getting the liquor license would again prove difficult.

Local officials at the time thought the brewery would be detrimental to the neighborhood. The easy accessibility of alcohol would lead to increased drunkenness and absenteeism of the employees in the area. Yet, Katz won in the end and attained a license.

Remember how brewers at the time could only brew and not bottle? Well, Katz didn’t listen. He constantly got in trouble with authorities for double dipping. So, he concealed his bottling efforts under his wife’s name, among others.

Unfortunately, he died from complication with diabetes in 1911. His widow, Sophie, continued the brewery’s operations. In 1921, Sophie sold the brewery to York Manufacturing Company for $80,000, ending the almost three-decade old brewery.

The Helb’s Keystone Brewery similarly ended in demise when prohibition and the depression drained the family of their wealth. The brewery closed shortly after the 18th Amendment went into effect in 1920 but reopened in 1933 by G. Curtis Helb, Theodor’s nephew. He managed to keep the brewery open until 1950, when it closed its doors for the last time.

Wouldn’t it be cool if the local breweries of today could remake Helb’s last two beers?

Theodor Helb’s success is credited to his “diligence, brewing knowledge, and conservative methods of operations,” writes Don Hartman. Furthermore, the breweries did not have much competition since only two flourished in the downtown area.

Today, there are six breweries in downtown York. Jared Barnes, owner of Collusion, told me, “If any of us have anything we need help with, the other guys in town are more than willing to pitch in.”

Recently, the six breweries collaborated on the York City 6. Barnes says, this will be the first of many “collab” beers between all of the breweries. Their goal is to brew each beer at a different brewery. The first was at Liquid Hero and either Collusion or Crystal Ball will be next.

This collaborative spirit extends to the county breweries as well. Greg Skirboll, owner of Mexitaly, was new to brewing. So, he found a talented brewer, Rick Kunkel,  and “made the leap.” He told me, “Having never brewed before, I was surprised by the level of camaraderie within the community. It’s a very fraternal group. We often sell each other grains and hops when someone is in need. We all believe it’s us against the national breweries. In my mind, and many others, we all do better as the area is becoming a destination for local beer.”

Plans for the future

Glenn Smith argues one of the biggest challenges for these breweries will be their ability to market themselves. Since the nation’s beer scene as a whole is growing so rapidly, York breweries must build a following and “tell our story, not only regionally, but throughout the country in order to drive beer tourism to our community.”

Both Collusion and Mexitaly hope to open new locations in the future. At this point, the growth of breweries in York County does not seem to be slowing down.

As for me, I ran out of my Beer Advent back on the 25th, and I’m looking for another local beer adventure. Any suggestions?

If you want more details on what’s coming in 2019 regarding craft beer, check out Neil Strebig’s article.