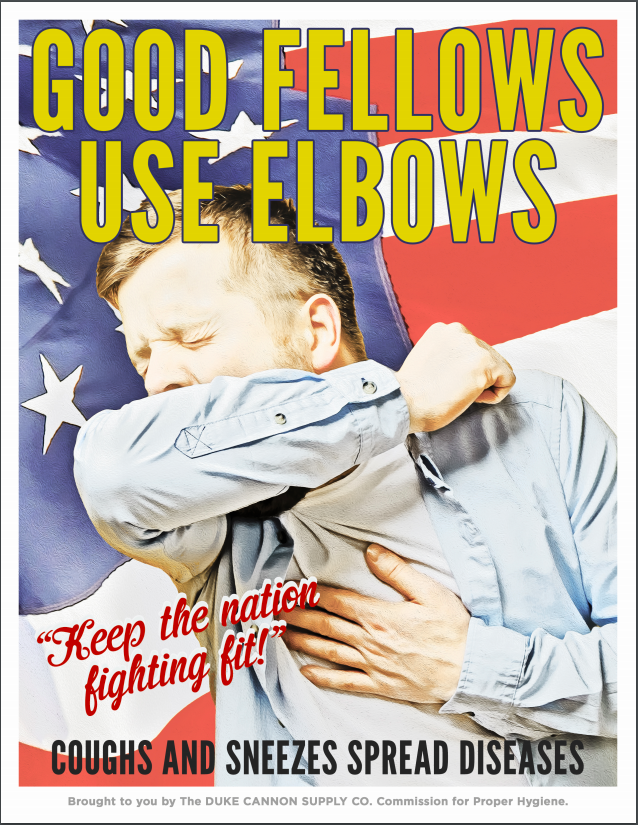 Duke Cannon used WWII-era propaganda during the Coronavirus outbreak. Link to website at the bottom of the article.
Posted by Jamie NoerpelMarch 29, 2020March 29, 2020 Wandering in York County2 Comments

Surviving the Spanish Flu and WWI: Lessons learned from a York County Farmer

Walking through the grocery stores and seeing the empty shelves gives me a sense of uneasiness. Not that we have anything on the eating front to truly worry about; there is still plenty of food available in our York County cornucopia. But the serious audits we’ve had to perform on our food pantries remind me of other times when people contemplated the origins of their next meal.

During my doctoral research on homesteading, I found that people turned to the land during economic, political, and cultural hardships. Planting, cultivating, and harvesting crops not only gives us sustenance, it also gives us a feeling that we’re in control.

For example, after the 2008 recession, we saw more people planting backyard gardens not only in York County, but all across America. Jim McClure writes more about that HERE.

Even though we might only get a few dozen meals out of our labor, watching our plants grow psychologically soothes us. We pull the ripe onion bulb from the soil, relishing the thought of a tasty dinner while feeling good about our hard work.

To put it simply, the act of food production empowers us. We feel independent, free from the tumultuous outside world. Our slice of paradise still grows on solid ground, rendering us self-sufficient.

On June 8th, 1918, The Evening Sun, the newspaper in Hanover, urged school children to garden. “School closes next week and you’ll want something definite to do,” the newspaper article reads. “Let that work be the making of a garden!”

With COVID-19 changes, including children not in school, I bet more people will turn to their backyards yet again.

For instance, last week, Mayor Michael Helfrich of York City posted on the Fixing York PA Facebook page. Commenting on the warm weather, he urged Yorkers to pant gardens. “What do you think,” he wrote, “Can we do this for ourselves? #YorkStrongerTogether.”

Based on the dozens of comments and shares as well as hundreds of likes, I’d say Yorkers are considering agriculture as a modern version of victory gardens.

A York County farmer kept on farming, even through the Spanish Flu

During WWI and WWII, the government urged Americans to grow their own food as a conservation effort. They rightly figured if civilians can feed themselves then the government could focus on feeding the troops. June Lloyd writes more about WWI Victory Gardens HERE.

However, since York County still maintained a large agricultural base, life didn’t change much during the war. Many urbanites started growing victory gardens, but many more York Countians already grew their own food.

In the York County History Center archives, I found the diaries of a Thomasville farmer dating back to 1917. The farmer, Luther Witman, wrote a line or two every day. Born in 1881 and living to the age of 80 years old, Witman saw York County go through a lot of changes, documenting some of our local events in his diary.

I love reading all sorts of genres, but I prefer collections of diaries. Don’t worry, I won’t be sneaking into your bedroom while at your dinner party – I stick to the ones in the archives or the published ones.

For instance, one of my favorite books is Intimate Voices from the First World War, a compilation of diaries from people all over the world, experiencing the same event but from different perspectives. I use the chapter featuring a 12-year-old German girl to teach how war affects morale to my high school students.

I connected to Luther Witman’s diary because of our similar stature. At 5 foot seven inches and 130 pounds, Witman and I are the exact same size. He religiously documented the weather, measuring rain fall down to the quarter hour. My favorite entries included his Yorkisms such as “not working, too slippy.”

Witman’s entries continued with the same tone during and even after the war AND the Spanish Flu outbreak. For example, on August 8th, 1918, Witman “made chicken feed.”

Things changed a little when on October 6, 1918,  he noted the spread of the Spanish Influenza. “All public meetings closed, churches and schools,” he wrote. On October 8th, he wrote, “York Fair Week but no fair acct ‘influenza.’” Interestingly, that same entry has “First Frost” written three times larger than the flu comment. Furthermore, Witman underlined “First Frost” whereas the fair and flu comment were written like all his other entries. What does this mean?

This shows me that he cared more about his garden’s future than he did about the war and the pandemic. Growing crops and livestock, for Witman, meant he didn’t worry about his next meal.

Life was back to normal when on October 21 he sold three dozen eggs to “Howard” for 55 cents. When November 11 finally came around, Armistice Day, he noted that World War I ended and went right back to farming.

If we think being self-quarantined at home is tough, imagine what it was like 100 years ago with not only the Spanish Flu spreading rapidly, but a world war.

We have a lot to learn from Luther Witman. He farmed the same before, during, and after the attack from both the war and virus. When the world seems turbulent on the outside, the gardens can assure us that our bellies will be filled.

To plant is to believe in the future.

When we place the seed in the  soil, we take care of it, nurturing it. One day, the plant will have grown big enough to harvest. With stores such as True Value, Lowes, and Home Depot still open, buy some seeds and give yourself and your family some hope in the future. 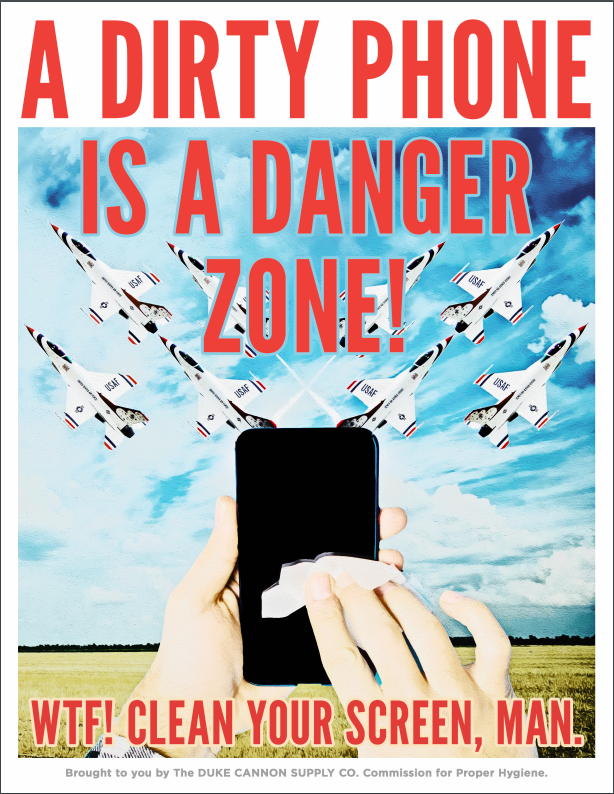 2 comments on “Surviving the Spanish Flu and WWI: Lessons learned from a York County Farmer”