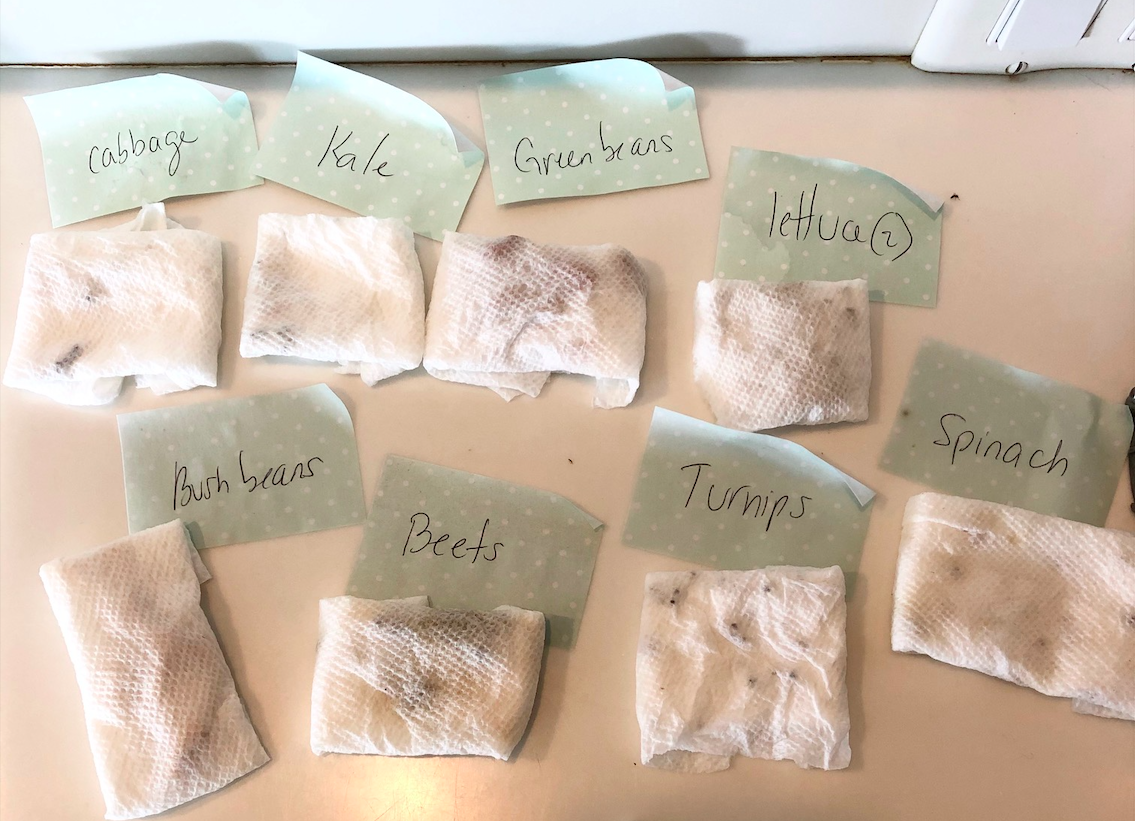 It’s spring, and I’m getting ready for the garden.

As a doctoral student, people tell me, “Oh, it must be nice to have picked a topic for your dissertation that you love – gardening.” They’re right! However, writing a dissertation is anything BUT getting my hands in the dirt. I read about it. I write about it. I talk to people about it.But, I rarely actually get to sink my fingers into the soil, cultivating my plants.

As much as this quarantine has limited what we can do, I finally have the time to redirect my focus back into my yard.

With all my seed-prepping, it made me wonder about the nation’s history. I wanted to see if presidents grew their own food like me. Here is what I found.

Parts of the White House lawns were changed to show support for the war efforts. Woodrow Wilson, for example, imported four dozen sheep to trim the grass. A great picture of that can be seen HERE.

A lot is known about the victory gardens from WWI and WWII, but what about the White House gardens during other, older times of uncertainty?

There’s little proof, but some say John Adams, the first president to live at the White House, prepared the land for the first kitchen garden. However, he lost the election in the winter of 1801, never harvesting the plants that were sowed.

Next came Thomas Jefferson who grew vegetables at his home in Monticello. Known as America’s patron saint of gardening, Jefferson kept a modest set of garden tools on his desk, but never actually planted a kitchen garden at the White House.

When the Obama’s entered the White House, Michelle Obama immediately installed a kitchen garden on the south lawn. She and her two daughters visited Monticello to collect some of Jefferson’s seeds. “Jefferson never wrote his memoirs,” Michelle Obama writes, “instead he built them into his house and his grounds.”

I hope my children will be able to do both – read about growing food from my research AND experience it in our garden. Obama often visited the garden with school children to teach about agriculture, even gifting canned food from the nation’s garden to foreign dignitaries.

Yet, if Jefferson never planted seeds at the White House, who planted the first garden?

We don’t know for sure what kind of vegetables they liked, but we have receipts of seeds that were purchased on June 27th, 1809, in Philadelphia by their gardener: 2 oz of purple broccoli, 2 oz of large late battersea (cabbage), ½ lb. salmon-colored radish, 3 oz Dutch Parsnip, and 1 oz London Leek, among others.

Unfortunately, when the redcoats came through on August 24th, 1814, the British set fire to the White House, trampling on Madison’s garden. In fact, Dolley Madison watched the incoming threats from a spyglass from the roof. Wine, ale, and cider waited for her husband who had ridden to Maryland, keeping track of the battle.

Let’s speed forward to the another American skirmish on our soil.

In 1862, while Civil War battles raged, Abraham Lincoln invested in America’s agriculture. Setting aside 30,000 acres of public land in each state, Lincoln initiated the “land-grant” colleges. Penn State University grew from this, and the university later developed the Penn State extension service. These institutions fuel agriculture through science and innovation. Plus, the extension service is extremely helpful when it comes to gardening or plant questions.

Mary Todd Lincoln used their home-grown fruits and vegetables for White House dinner meals. One of their bodyguards reported, “It was a real country garden, with peach-trees and strawberry-vines as well as flowers.”

However, Willie and Tad’s pet goat notoriously devoured all the gardeners’ hard work. The first lady also abused the garden when the White House garden budget was used to cover up the first-family’s fraud.

Lucky for her, the head gardener, John Watt, saved the day. He padded bills from the “Manure Fund” to grant the first lady wiggle room. The Manure Fund ended up purchasing china crystal, carpets, paint, and wallpaper. I can only imagine the poop jokes flying around the White House garden during Lincoln’s term.

The colonial garden in York

In downtown York, you can find a Four Square Kitchen Garden behind the Plough Tavern, one of the York County History Center‘s locations. The Mason Dixon Unit of the Herb Society of America. The organization tends nearly 40 herbs along with dozens of vegetables that grew during the colonial era.

Even though the garden lies behind a red picket fence, it’s a community garden. This means visitors are welcome to stop and smell the herbs, even harvesting a few for your dinner as long as you only take a little.

Next week, I’ll write a blog post more about the herb garden and what you can plant this spring to be more like our colonial ancestors.

Sources: Marta McDowell’s All The Presidents’ Gardens: Madison’s Cabbage to Kennedy’s Roses – How the White House Grounds have Grown with America and Michelle Obama’s American Grown: The Story of the White House Kitchen Garden and Gardens Across America.