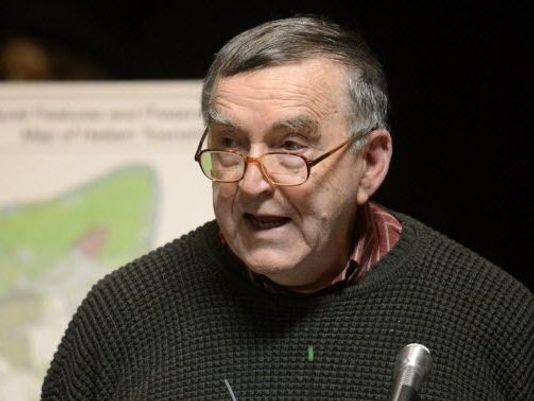 Walking into the archives of the York County History Center brings a sense of adventure. Like Indiana Jones – archeology professor by day and dangerously uncovering secret plots by night – the archives hold mysteries within their vaults.

Never let the quiet atmosphere of the library room fool you. Once you approach the computer search-aid called Past Perfect, myriad results appear on the screen.

I completed an internship this past summer (2018) and loved walking past the boxes and boxes of artifacts, documents, and photographs of our past in the History Center’s archives. They are waiting for any researcher, experience not required, to bring their untold stories to light.

One of the stories anticipating a researcher’s investigations skills is that of Thomas Hartley, York’s first congressman and friend of George Washington.

Hartley, born in Berks County, moved to York to study law. He joined the military in 1774, and moved up the ranks to first lieutenant of a company of York soldiers. Soon, Hartley earned the title of second in command of the 6th Pennsylvania regiment in the Continental Army during the Revolutionary War.

Meanwhile, he also served as a member of the provincial convention at Philadelphia in 1775. Much is known about the convention, but one aspect of Hartley’s life seems like a foggy memory. In 1778, he commanded an expedition against “the Indians.” While we know some aspects of this campaign, much about the endeavor remains an enigma.

What we do know, is that in 1778 a meeting of the American patriots and the British Loyalists in the Wyoming Valley resulted in a battle – The Battle of Wyoming also known as the Wyoming Massacre. Backed by the Iroquois, the British killed more than three hundred Patriots.

Once the Revolutionary War was won, Hartley transitioned into the political sphere as a congressman in the Pennsylvania legislature in 1779, including acting as a member of the State convention which adopted the Constitution of the United States in 1787. Afterward, he returned home to York County to practice law.

He passed four days before Christmas in 1800. Today, his tombstone can be found at St. John’s Episcopal churchyard in York.

We know some aspects of Hartley’s life thanks to many researchers over the years who have published articles. However, many aspects remain undiscovered and a complete biography or Hartley has yet to surface.

More on Thomas Hartley and other influential York figures can be found on Jim McClure’s York Town Square blog and other articles.

That brings us to Warren Evans, a contemporary researcher of Hartley who also left his impact on York.

Hartley’s story resonated with Evans. Like Indiana Jones, Evans desired to unearth the riddles of Hartley’s life. For decades, Evans collected all he could on the 18th-century legend but sadly passed away before he could write his much-anticipated book on Hartley.

Born on February 28th, 1935, Warren Evans’ parents, Marian and Blythe, raised their son during some of the most tumultuous years in America’s history. However, that did not restrain Evans’ ambition and desire to serve the public and common good.

In college at Princeton, devastation struck when Evans’ roommate tragically passed away from leukemia. Motivated to help people who fell ill, Evans took that heartbreaking event into an opportunity to educate himself on the medical sciences. He pushed himself to earn a masters in medical science and a Ph.D. in biochemistry from Harvard University.

While pursuing his masters, Evans met June Loucks, a lab assistant, researcher, and writer. They fell in love and eventually married. She earned her Ph.D. in anthropology and taught at American University and Millersville. Among her many community activities before her death in 2017, June Evans was involved in local historical studies and research in her field.

Publishing more than 40 papers in scientific journals and attaining a patent for his work on the isolation and purification of the granulocyte maturation factor from human blood, Evans earned high respect in his field.

In addition to researching Hartley, Evans spent much of his retirement time promoting responsible economic growth and land preservation. He passed away during the summer of 2017.

Today, legacies of both men, Hartley and Evans, lives on in the York County History Center’s archives.

During Evans later years in life he accumulated as much as he could about Thomas Hartley, including papers, photographs, newspaper clippings, magazine clippings, photocopies of books, handwritten notes, books, journals, and manuscripts.

The Warren Evans’ collection in archives

Evans’ collection was donated in the fall of 2017 to the York County History Center by June Evans and Rob Evans, their son.

When I asked Rob Evans, about the collection, Rob said, “My dad was a big fan of Joseph Conrad’s Heart of Darkness – he saw many parallels between that book and Hartley’s march on the ‘Indians.’ He was fascinated with the challenge of probing into Hartley’s psyche through his letters and writings, hoping to get a sense of how that particular dark episode in his life shaped his viewpoints and stance later as a politician, statesman and officer in the army as well as his personal life.”

Like many of us, Warren Evans was drawn to the personal side of Hartley’s story. Many historians select other areas to study – they focus on dates and facts. But, Evans wanted to know the secrets of a man’s struggle with life. He wanted to connect Hartley’s experiences of the late 1700s to life in the modern era.

This research does not come easy. Evans spent many long hours traveling to local historical societies around the state searching for obscure or undiscovered letters and documents that might reveal Hartley’s true story – that of a man and his internal demons, not just his actions.

The collection needed to be reorganized into themes for use by future researchers.

I spent most of my summer internship organizing the topics into themes – primary documents, individuals, places, publications, historical organizations, and museums. The collection contains 21 boxes of research material on Colonial America, the Revolutionary War, and, of course, Thomas Hartley.

Researchers now can pick up where Evans left off, to continue his honorable work on Thomas Hartley.

Like all his adventures, Indiana Jones did not defeat the villain and save the day alone. He required assistance from sidekicks along the way.

Similarly, our growing understanding of Thomas Hartley’s life and times requires the work of may researchers.

Hartley lived a monumental life, Evans compiled the puzzle, I organized it into a finding aid, and now it’s up to an interested Yorker to solve the puzzle of Hartley’s untold mysteries.