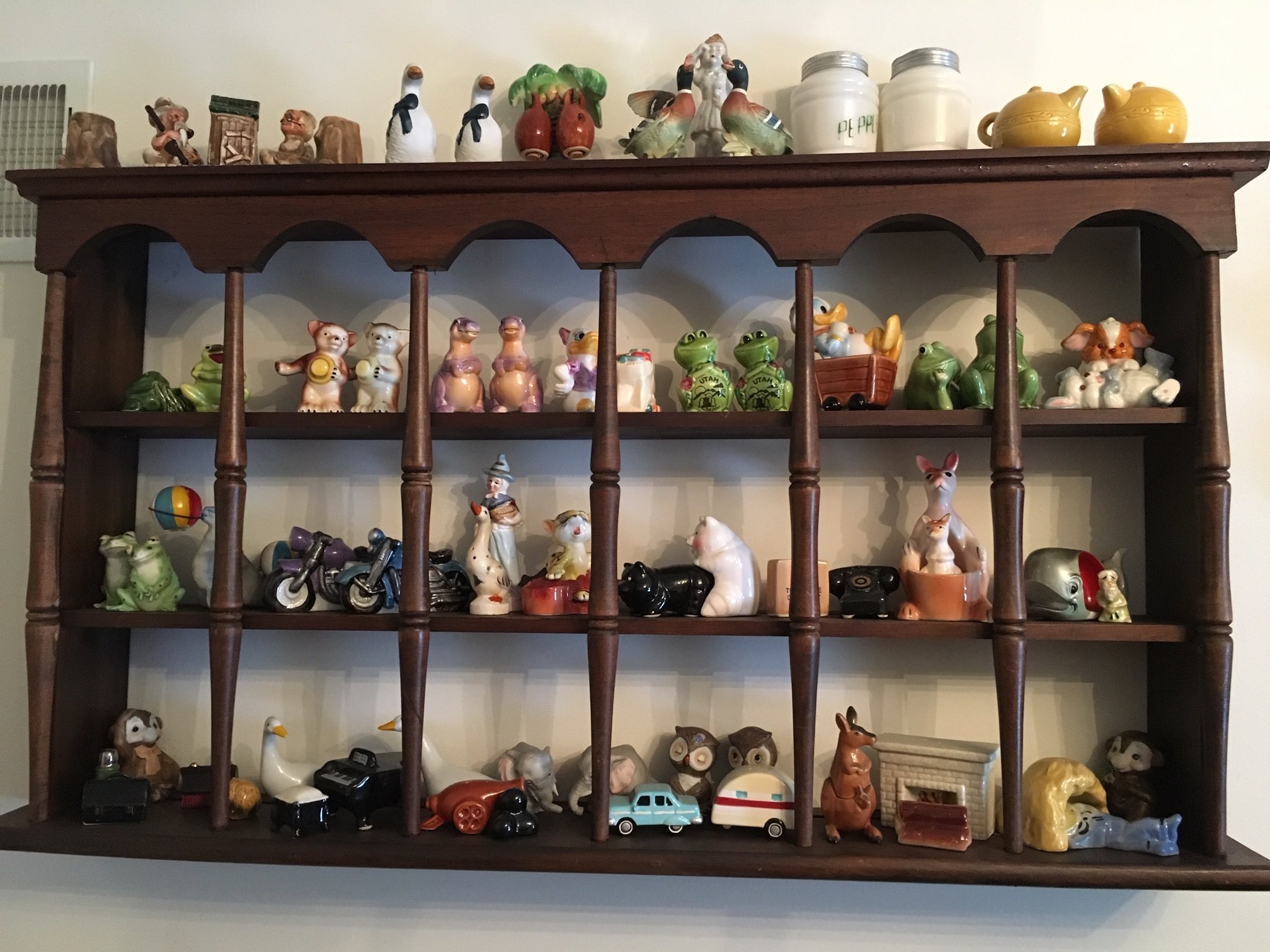 Red Lion’s Wanda Tyson has spent a lifetime collecting antique salt and pepper shakers. But sometimes it’s hard to find shakers filled with salt and pepper at enjoyable meals in her home.

Tyson, also my paternal grandmother really named Mama, cooks delicious dinners for the family. But, amidst the plethora of shakers, the actual mineral and herb of salt and pepper is rare!

It’s not because salt and pepper damage the antiques, but because her collection is meant to be admired, not used.

When she was a little girl, her grandmother, Edna Stoppard Eisenhower, had a china closet with a tiny salt and pepper salt-and-pepper shaker hidden inside the glass vault.

When Mama would visit Edna, she would gently place the miniature shaker set out for Mama’s enjoyment. It was a gesture of love, a sign that Edna was thinking of her. It made my grandmother feel special.

That was in the 1940s, when my Mama was growing up. Since then she’s collected over 800 pairs of salt and pepper shakers.

Only the salt and pepper shakers that are older, rare, or unique catch her attention nowadays.

Mama finds her shakers at auctions, yard sales, and flea markets. One place she does not shop – stores. Instead of brand new shakers, she lives for that once-in-a-lifetime sale that can only be found from hours of searching and digging through old boxes.

Mama plans to continue her salt and pepper shaker tradition with the next generation. Her five grandkids would play with the plastic shakers as if they were toys. To her surprise, many of the plastics ended up being quite valuable. So, she put them away and won’t let us play with them anymore.

Considering some of her most valuable pairs are worth over $70, I don’t blame her.

When she’s gone, my cousin Rachel Robison and I will inherent her collection.

Putting almost all her shakers on display, her home acts as a showcase of her life’s work. She’s grouped them into “collections within collections,” as she tells me, or themes such as advertising pieces, holidays, vegetables, animals, and even ones made in Japan after American occupation during the 1940s.

When I asked her during an interview why she’s continued to collect after all these decades, she said, “They’re fun. I like them. I’m selective anymore. Unless they’re rare, I won’t pay a lot for them.”

In other words, Mama has gotten a little more choosy, “I’m running out of space. But I don’t know, it always seems like when I get one or two more, I can always find a space for them on a shelf.”

Her hobby also makes it relatively easy for us to buy her Christmas gifts. When I went to Alaska this past summer, I got her husky shakers. “I was tickled to death with these,” Mama said while pointing to the huskies.

Souvenirs mean more to her because they bring forth memories attached to the item. The token symbolizes an experience and a place.

Mama doesn’t consider herself an expert. She has to be wary of reproductions or fakes. So, she looks for the F and F seal on the bottom of the plastic shakers to validate their authenticity. She also references books that break down the key traits of antique salt and pepper shakers.

After conducting minor research on the shakers, she gets a sense for what they’re worth as well as their history. Keeping up with the market, she tries to keep herself educated enough to know what is rare and what is common.

“It’s addictive after a while,” she told me.

What fascinates her is that rare find. There is only a finite amount of those antique shakers. So, when she discovers one at the auction or yard sale, it’s like uncovering a treasure.

For the hardcore collectors, there’s a museum in  Gatlinburg, Tennessee, unsurprisingly called “The Salt and Pepper Shaker Museum.” Unfortunately, when Mama went down to the museum, she went on a day they weren’t open. Maybe next year.

Ultimately, collecting salt and pepper shakers serves as Mama’s hobby. She enjoys collecting things that occupy her home with positive memories and connections to other people.

When we go to her house in Red Lion to enjoy a meal together, we always have beautiful items to look at as well as conversations surrounding their story.

Ironically, it’s quite difficult to find actual salt and pepper for our dinner plates among the sea of empty shakers.