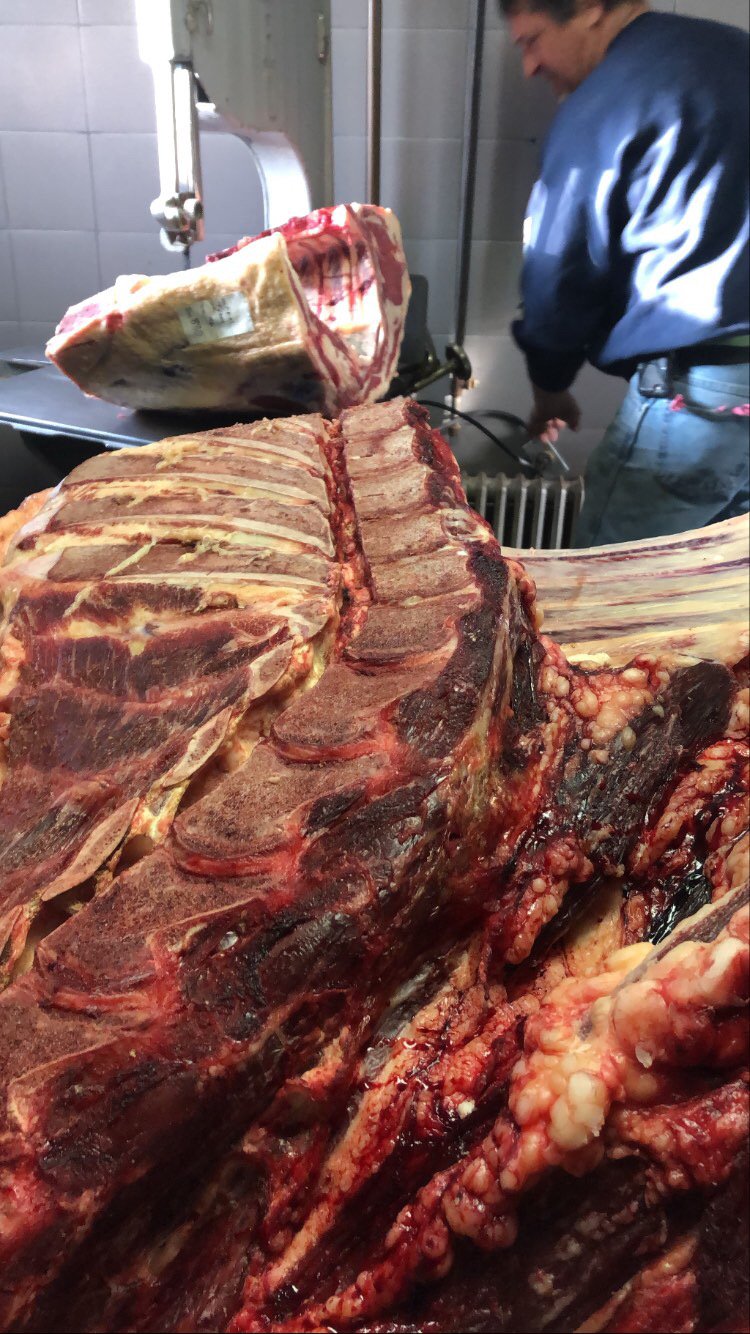 “Oh just try it,” my brother tells me.

“It’s just another part of the cow,” Alan Tyson, my brother, says as he sticks his hand in the container, pulling out a floppy piece of gelatinous substance.

Both Alan and I were raised to try every food at least once. Our parents and grandparents weren’t going to raise picky kids, so they exposed us to all kinds of foods. Most of the time we acquiesced. As a result, I like all types of food, with few exceptions. At this moment, I’m staring one of those exceptions right in the face.

Alan tilts his head back and drops a slice into his mouth, because this sort of snack is best served caveman style — with his fingers.

My visual instincts are screaming “Warning, warning! Do NOT consume that grisly blob!” But then a sour, pickle aroma fills the room, and my upbringing urges me to try it again.

“Maybe this time I’ll like it,” I delude myself into thinking.

To help make it more palatable, I use a fork to fish out a single slice to cut on a plate. I’m hoping the process will persuade me into actually liking tripe this time.

My teeth bite into a texture that I can only describe as rubbery. By the third chew I’ve had enough. Rarely do I ever spit things into the trash, but desperate times call for the wasteful act.

Historically, the Tysons, my paternal family, make their own tripe. It’s butchering season so I wanted to see how it was made. Unfortunately, this year they opted out, purchasing some instead from Godfrey Brothers Meats.

Instead of witnessing it first hand, I look to York’s past to see how our forefathers and foremothers made it. A 1907 article in The York Daily describes it this way:

Wash the stomach thoroughly with running water. Get rid of all the clinging matter that is still hanging on. The article says to let it soak for 12 hours, changing the water after 4 and 8 hours.

Prepare a kettle of boiling water. Add lye to create a concoction. While it’s boiling, slice the tripe into “convenient sized pieces,” dropping them into the mixture to boil for six minutes. Remove it from the mixture and, using a sharp knife, scrape out the brown lining. Keep doing so until the tripe is left white, rinsing it again with water.

Make a brine of salt and water (I’m not sure the exact ratio). Let the tripe soak for two days. After two days, boil it in the brine until it’s tender. The article reports that it will take six plus hours.

While my brother enjoys tripe simply from the container, the article offered a few different tripe recipes. Here are some that stood out to me:

Here is how the article recommends pickling tripe:

Create the juice using one pint of water, three cloves, a dozen peppercorns, half a bay leaf, one sliced onion, and a teaspoon of salt. Heat up your brine to mix all the flavors together. Add the juice and tripe to a container. Keep this in a cool place until it’s ready (Not sure the exact length of time, but I would guess 2-4 days). The article says pickled tripe also tastes good dipped in cornmeal or flour, fried, and served alongside bacon.

Since bacon makes everything taste better, I may subjugate my taste buds to at least one more tripe sampling. Maybe then I’ll like it.

According to Richard R. Wilk, author of a chapter in Food Chains: From Farmyard to Shopping Cart, early American colonists imported pickled tripe from England. During the late eighteenth century, ready-to-eat foods were shipped in small kegs and wooden firkins (similar to a bucket).

Pickled dishes like tripe and cow tongues have a relatively long shelf life, so they could withstand the long journey. Britain also exported anchovy butter, jellied meats, and meat pastes in ceramic pots sealed with a layer of fat or suet.

Late 19th century fashionistas found other uses for tripe. An 1892 article in The Gazette reported that a leather shop tanned tripe, creating a glossy black material softer and thinner than kid (baby goat) or chamois (a goat antelope animal in Europe) skin. The author called tripe delicious, yet plebeian, meaning “for commoners.”

Historically, butchers would use beef by-products such as tripe in their sausage in addition to sweet-breads (thymus or pancreas), tongues, hearts, livers, kidneys, and weasand meat (genitalia). It might sound gross, but I appreciate the meat industry’s use of the entire cow.

As Upton Sinclair writes in The Jungle (1906), large meat-packing plants used “everything about the hog except the squeal.”

Today, we still consume unidentifiable parts of animals. Take McDonald’s McNuggets for example. The ingredient list says the only meat is white boneless chicken, but it’s processed in a way that a butcher from the 19th century wouldn’t recognize.

I’m disappointed that the Tysons didn’t make tripe this year, but thankfully a few butcher shops in York County still have it available. If you’re looking for something fun to try at your next gathering, try tripe. It’s not for me, but you may find that you like it!