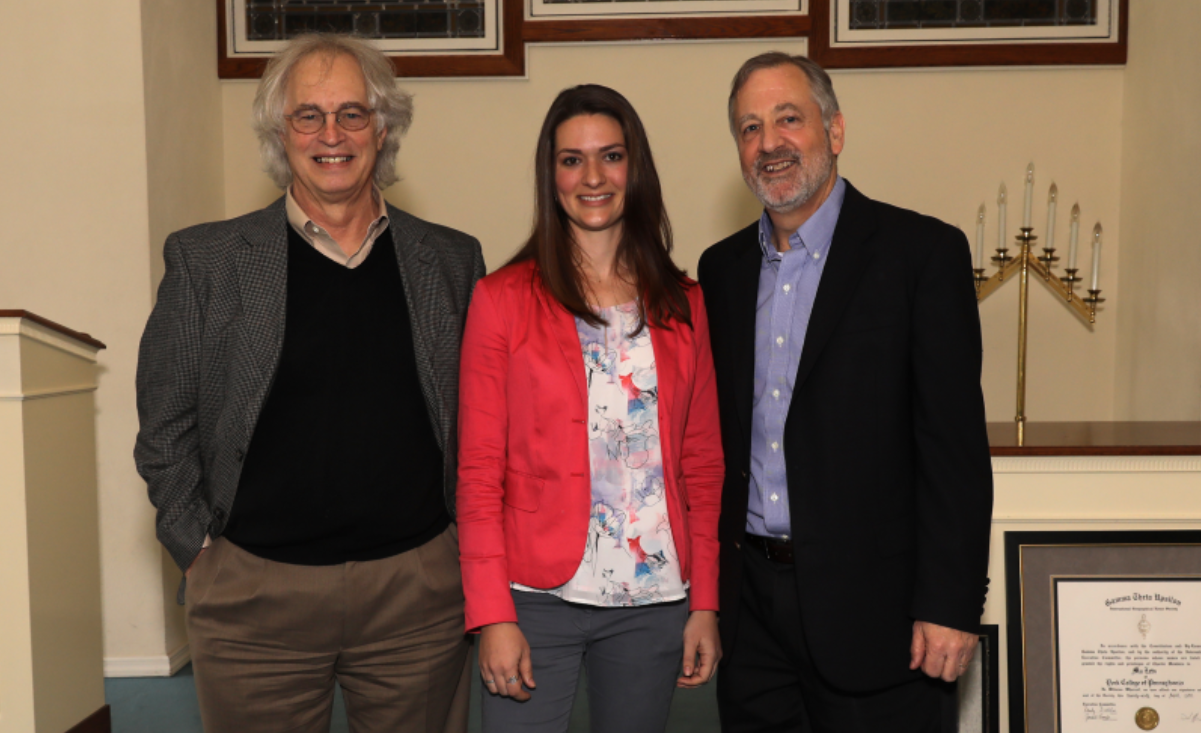 Everyone remembers their first day of classes whether it’s the beginning of middle school, high school or college. Will you sit in the front of the classroom or the back? Who will you eat lunch with?

Who is Ty Cobb?

This last question is what Dr. Paul Doutrich, now-retired professor at York College, asked his Colonial America class on the first day. Startled by his specific question, I kept my arm tight at my side and eyed the room for my peers’ reaction.

Dr. Doutrich re-phrased the question, “Who does not know who Ty Cobb is?” Shyly, I raised my hand. The professor pointed at me, “You, your homework is to look up Ty Cobb and report back to the class what you find.”

I was 19 years old and from a rather unathletic family; I didn’t know anything about Ty Cobb.

So, that night I researched as much as I could about the American Major League Baseball center fielder and came ready to discuss what I learned at the next class with Dr. Doutrich.

This is what Dr. Paul Doutrich did as a professor. He shared his passions, taught more than the curriculum demanded, and pushed his students to expand their tiny familiar world into something more. Sadly, last spring was his final semester teaching at York College of Pennsylvania after 30 years of service.

Dr. Doutrich grew up in Harrisburg where he graduated from William Penn High School. Excelling in basketball and baseball, he went to the University of Kentucky to play ball but his career ended with six eye operations.

While playing sports, he focused on his athletic abilities but that focused quickly switched to academics once his sporting career abruptly halted.

After experimenting in retail management, he found his passion at Penn State in the American Studies program. Instead of going to law school, like he planned, he enrolled in the Ph.D. program at the University of Kentucky where he learned “how to be a scholar.”

There, he focused on colonial America and the American Revolution which led to many published articles and scholarly book reviews including his dissertation, “A Study of the Revolution in York, Pennsylvania.”

He moved back to Harrisburg and worked at the Pennsylvania Historical and Museum Commission. He was soon promoted to the Pennsylvania coordinator for the National Register. While there, he spent a portion of his time traveling throughout the commonwealth, helping communities and individuals nominate and place historic properties on the National Register, including our beloved York.

In 1987, he was awarded a post-doctoral fellowship from the University of Pennsylvania. During that same year, one of the favorites in his career, he migrated between Harrisburg and Philadelphia to produce scholarship related to the bicentennial of the Constitution.

Later, he was hired by York College where he taught Colonial, Revolutionary, and Jacksonian America.

Since I have stayed in touch with him, I asked Dr. Doutrich what he loved about teaching the most. He said, “I loved being in front of the class and sharing my stories and understandings.” Evidently, his students feel the same way. A friend of mine and recent student of Dr. Doutrich told me she “always enjoyed the learning experience in his class because he taught history like he was reading a storybook.”

When I asked Dr. Levy what he will remember most about his colleague, he commented on “his love of working with students, symbolized by his willingness to assume responsibility for Past and Present, the student-run journal … . Every year since Paul took over, he would proudly debut the new issue at the annual honor’s ceremony as if he was introducing us to his new baby.”

Dr. Doutrich remains a beacon of inspiration to many of his students even in retirement. During his 30 years at YCP, he positively influenced more than 10,000 students who entered his classroom.

Last summer I sent Dr. Doutrich an email request to pick his brain on writing as well as York’s history. He graciously welcomed me into his home and mentored me on the ins-and-outs of this wonderful county and how to become a better historian.

His top three pieces of advice:

Thankfully, he did not quiz me on Ty Cobb.

But, this time I would have been able to proudly say, “Yes, I know who he is… Thanks to you.”

Other posts of interest:

Spanish Flu at the York Fair