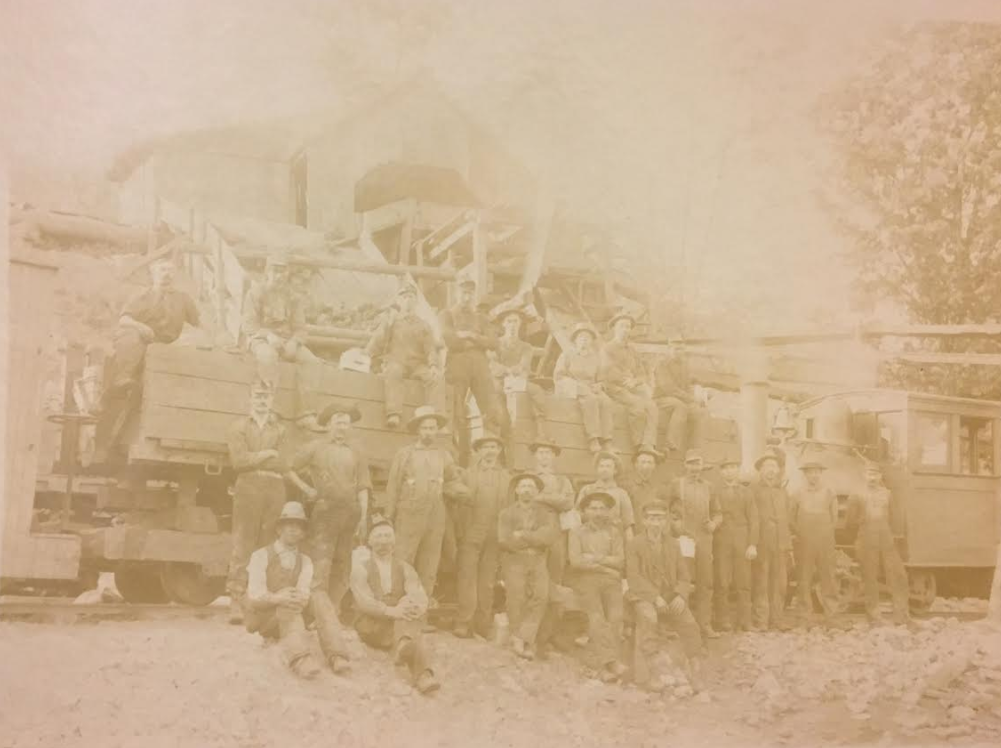 A few weeks ago, I was on my way to get my hair cut at Didi and Smiling John’s Salon in downtown York. Unfortunately, I was two minutes late because a train was slowly making its way down the tracks at the station near Revs stadium. This train went forward and backward along the tracks for about ten minutes. I sat there, completely still, lamenting my tardiness caused by this dumb train. However, it got me thinking about the history of trains in York County.

At one point, trains were everything to York. We relied on them for our travel and freight (which to some extent we still do with shipping). Today, the only reason I interact with trains is to go to Philly or slightly slow down and quiet my radio when crossing railroad tracks.

As a kid, my childhood friends and I would balance on the railroad tracks in Yoe. The tracks were overgrown with grass and bushes as we stumbled over sticks and leaves on the path. The old Maryland and Pennsylvania Railroad’s only legacy left to our small borough are those old, rusty lines of metal with a few railroad ties left laying here and there. However, despite some of the areas of decay, the Ma and Pa railroad still lives through its active historical society.

Yet, a hundred ago, these tracks were the center of town life! A parade would march down the grassy hillside with trumpets, bugles, horses, and the townsfolk dressed in their pressed, best outfit.

Even President Hoover visited York by train, as did many other chief execs.

Even though trains have fallen from the forefront of our recent memories, a few Yorkers are keeping the tradition alive. For example, the old Northern Central Railway right of way still carries passengers in New Freedom. The organization, Steam into History, “Entertains, Educates, and Enlightens” people of all ages via interesting train rides that occur all year long. I took my family on the Mother’s Day ride to The Mill in Glen Rock, which was wonderful, but right now I recommend riding to see the fall foliage that’s bursting with color.

This weekend, the Train Collectors Association Eastern Division will be hosting an event at the fairgrounds called the “York Meet.”  Mostly, the event benefits collectors. However, any train enthusiast would enjoy attending the event. Over 10,000 visitors are expected to attend.

Cost is $14 for one day (Friday OR Saturday) or $20 for both days. The single ticket will also cover family members, defined as “a mother, father, and children.”

Roy and June Aydelotte attend the show every year. June mostly helps with the registration, while Roy operates a booth. What June enjoys most is seeing her friends who have been attending the show for decades.

Since the York Meet opened in the 1960s, more and more people from all over the world are drawn to the event. The Aydelottes are from northern Michigan but people from Asia, Europe (including Germany and England), Canada and Brazil visit the show to trade, watch, and enjoy trains.

Why are trains popular in York?

When I asked Roy why he thought York, one of the only places the Train Collectors Association meets, captures the attention of all these train devotees, he credited the Strasburg Railroad. The Strasburg Railroad is the oldest continuously operating railroad in the western hemisphere. With York’s fairgrounds only being an hour drive away, it’s easy to see why people are drawn to our beautiful county.

Roy, born in Wilmington, Del., but raised in Detroit, started repairing toy trains in 1978. His education in electrical engineering, including post-graduate work in nuclear engineering, advanced communication theory, and astrodynamics gave him the foundation to work on toy trains. (By the way, when I asked him what astrodynamics was, he said: “space stuff.”)

Like other collectors, what ignited Roy’s love for toy trains was something that occurred during his childhood. When Roy was five years old, his father, also Roy Aydelotte, pulled out his own set of toy trains he had since he was a teenager. Together, they set up two, four-foot by eight-f00t platforms shaped like the letter “L.” After hours of work, the pair built loops around switch yards, control panels, and constructed a temporary masterpiece.

This is why people love toy trains. Either alone or with loved ones, we can use our engineering skills to create designs that move!

“An application of science is an art,” Roy told me during our interview over dinner.

He asks himself, “How can I do something that other people would like to see, that hasn’t been done before? It requires thinking outside the box and coming up with a technical solution.”

Roy owns a business called Royz Trains. He sells custom build trains and equipment but also repairs a lot of other collectors’ trains. The majority of his business is done online, but a lot of exposure occurs at the York Train Meet.

By the way, he’s my third cousin, and I see him twice a year – the two times he visits York for the train meet. (Yes. I would like to point out they leave their home in Michigan primarily for the train meet which luckily occurs in York).

Teaching the Next Generation

The Train Collectors Association is working very hard to keep people interested in trains, June tells me. By creating a kids club, they generate interest and fun activities for the next generation. The fact is, trains are fading out. “It was a big thing to ride a train when Roy was a kid,” says June. Today, trains mostly operate behind the scenes, delivering things that we only see in stores. Their tracks, like the ones in Yoe, are grown over with moss and fallen debris.

I encourage everyone to attend the event this weekend, especially parents and grandparents of little girls. According to the National Science Board, women remain underrepresented in the science and engineering workforce, especially in the fields of engineering, computer science, and the physical sciences. Although the numbers are improving, women still only make up 2 percent of the science and engineering workforce.

Instead of a young girl’s only experience with trains being with rusty railroad tracks (like mine was in Yoe), let’s go to the York Train Meet this weekend. Visitors will see the past brought to life on scaled-down, but realistic train sets.

Even though most patrons will be hobbyists who want to trade and buy at a swap meet, trains that “choo choo” with smoke coming out of their stacks could teach us more about York’s train history as well as fuel some young minds to pay more attention to engineering, even on a miniature scale.