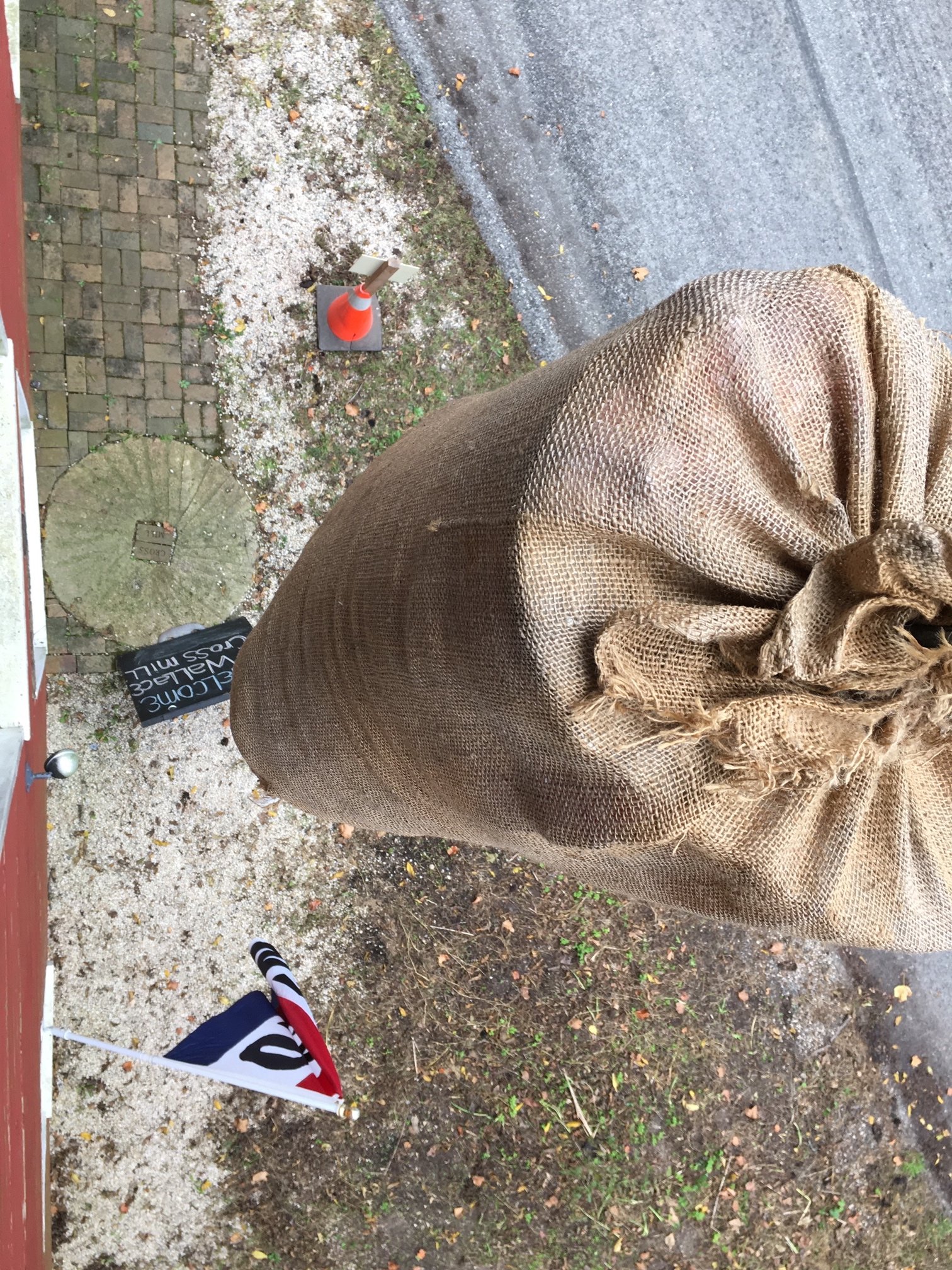 The Wallace sisters’ grist mill: In-charge, but not acknowledged

People living with a disability face significantly more challenges in both their public and private life. According to the United Nations, 10 percent of the world’s population – that’s 650 million people – live with disabilities. This means our neighbors face physical, social, economic, and health obstacles more than we realize.

One such neighbor was Mary Wallace from the Wallace-Cross Mill.

Women in-charge, but not acknowledged

Alexander Wallace built and operated the water-powered gristmill near Cross Roads, East Hopewell Township. His death in 1861 prompted his two daughters, Mary A. and Eleanor D., to take charge.

Mary and Eleanor (also called Ellen) became the owners of half the estate – 237 acres, two dwellings, two barns, a saw mill, and a gristmill.

However, the process wasn’t easy. Alexander’s four children disagreed on the property divisions, so Mary and Eleanor paid their siblings, Jane Anne and William, $2,500 for the remainder of the estate.

In A Concise History of the Wallace-Cross Mill: East Hopewell Township Pennsylvania, Louis Schmidt writes, “that while a woman miller was an anomaly, it was not an unheard of phenomenon.” However, they were rarely recognized as equals in the business world.

The 1884 Cawker’s American Flour Mill and Mill Furnishers’ Directory failed to mention the Wallace sisters. It’s possible that they were omitted because they only produced buckwheat flour or corn meal, or they simply did not want to pay for their mention. However, Schmidt believes the mill could have been considered unworthy of inclusion because it was run by women. Considering all the other Pennsylvania mills included in the directory were managed by males, I assert that their rejection derived from their gender.

In fact, they were excluded from all York County farm and business journals until 1915. The Farm Journal Rural Directory of York County finally mentioned E.D. Wallace as retired, but no mention of her role in the mill.

The Victorian mannerism that the “fairer sex” should be kept away from the dirty and often dangerous work was more likely an idealism than an observed truth. “In all likelihood,” Schmidt writes, “the female members of the household undoubtedly contributed to the well being of the ‘family enterprise’ as best their physical stature allowed.”

Unfortunately, Mary met a workplace accident that left her permanently disabled. Getting too close to the turbine shaft, the machinery pulled in her sleeve, severing her arm from her body.

The decline of grist mills

Unfortunately, by the time the Wallace sisters took over the operations, falling prices of flour and meal meant less income. The mass production of grain meant a bag of high quality flour dropped from $7.50 in 1872 to $2.25 in 1898. Family farms simply could not keep up with the large economies of large-scale manufacturers. Millers, who used to be essential to the community, mattered less and less.

The Wallace Sisters managed the mill until 1895 when they sold to their sister Jane Anne (Wallace) Cross, changing hands to J. Nelson Cross, their nephew.

The Wallace-Cross Mill represents a tangible connection between us and York County’s food history, especially the importance of grain. Locals depended on grist mills to process corn and wheat for their bread and cereal. More than today, bread functioned as a staple in the American diet, so these mills, in addition to saw mills, were an essential part of rural life.

Millers transformed crops grown in the field into the daily bread farmers ate for breakfast, lunch, and dinner. Even though the primary function of a mill was to grind grain into animal feed and flour, the Wallace-Cross Mill also served as a gathering place. Farmers held meetings, locals gossiped, and news spread.

How do historians know this? The stove, miller’s desk, benches and chairs tell a story of community confluence.

Today, Wallace-Cross Mill is maintained by the York County Parks system thanks to Harry Cross who presented the building in 1979.

See a tour of the outside HERE.

4 comments on “The Wallace sisters’ grist mill: In-charge, but not acknowledged”