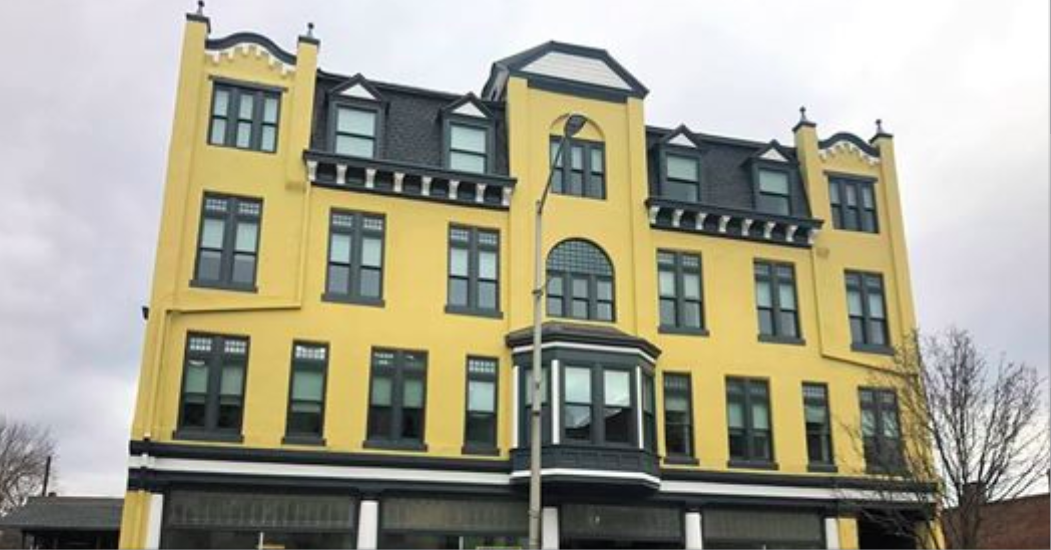 West of the Codorus in York, Doll Building apartments are open for business

This month, York Young Professionals met at the Doll Building to get an inside peak.

YYP started in 1999 to foster connections between young professionals and members of the York community. They meet once a month at various locations to provide opportunities for networking, community outreach, and professional development. I joined a year ago to meet like-minded people as well as learn more about York – I recommend it.

During the February gathering, Royal Square Development and Construction (RSDC)  hosted us at the Doll Building at  337 West Market Street, in York’s WeCo district.

During the event, I had a chance to chat with Dylan Bauer, Royal Square partner and president of development, about the project.

The status of the Doll Building apartments

Right now, six out of the thirteen apartments are rented by tenants. It took RSDC only three weeks to fill those vacancies – it won’t take long for the remaining seven to be filled.

Tenants of the apartments now live in the former four-story City Hotel, as well as what was known as The Franklin Building.

The E.A. Clark Auto Company transformed the property into Doll’s Garage in the 1930s, which functioned as a car dealership as well as apartments on the higher floors in the 1960s.

ROCK Commercial Real Estate is still looking for a tenant for the retail space on the ground floor, for yet another chapter in the building’s history.

If you want to see the project’s progress since October, check out Neil Strebig’s article as well as other YDR photos here.

The next YYP meet up with be at Brewery Products in March. Unfortunately, inclement weather postponed the 10th Annual Downtown Hoedown hosted by the Farm & Natural Land Trust of York County for the same date.

I’m excited for the Hoedown! But I want to do it all!

Anyone know if the Harry Potter time turner necklace is available for sale somewhere?

2 comments on “West of the Codorus in York, Doll Building apartments are open for business”