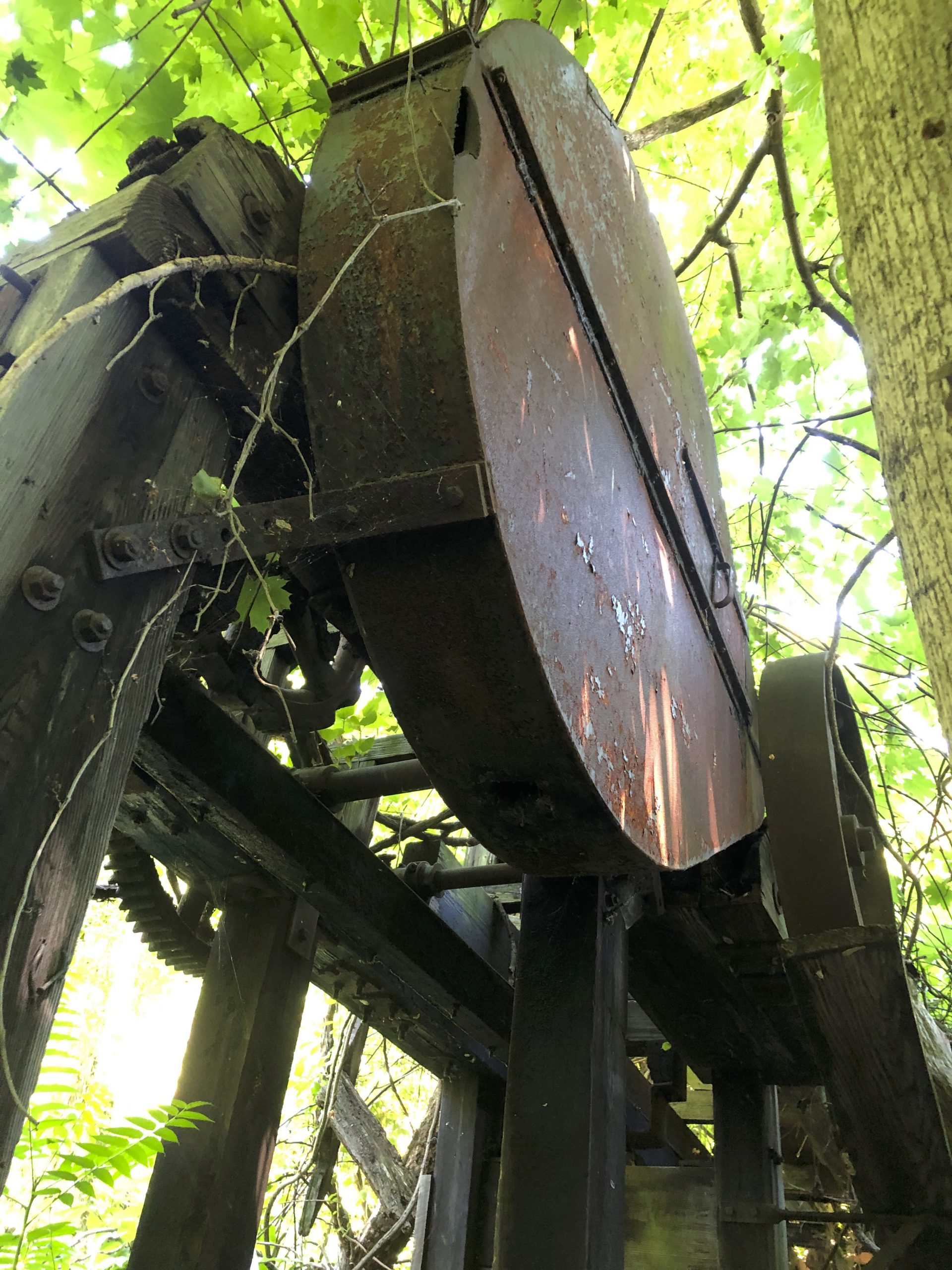 When I first moved to Newberry Township, I didn’t realize its rich history.

I’ve lived in York County my entire 30 years, and felt like I had explored a good bit of our 900+ square miles. I quickly found that I was wrong.

For example, I find mushroom compost, salt and pepper shakers for my Mama Tyson, and delicious sharp cheese all in one place — the Old Trail Variety Store right down the road. The owners, Deb and Kevin, know exactly where I live, even though I am meeting them for the first time. That’s how close-knit this community is.

The next week I happen to drive across the coolest bridge ever – Sheep Bridge. When I post a picture to my Instagram, at least five people comment, telling me stories of how they jumped from the top of Sheep Bridge, or what locals call “Girl Scout Bridge.”

Growing up in Yoe, the river seemed as far as Mordor was to the hobbits from The Lord of the Rings movies — a looming twenty miles. Now, however, I’m a mere three miles away from the Susquehanna. You can imagine my excitement when I see a video of a fellow wanderer named Topo Ranger scouting the nearby York Haven hydro dam.

It’s 11 A.M. on a gorgeous summer day. Brett, donning a bucket hat and high rubber boots, shows me around the outside of the York Haven hydro plant. We start by gazing out at the river. I see rushing water, a few rocks jutting out, and trees that line the edges.

Sarah Knudson of the Zimmerman Heritage Center explains to me that the Susquehanna River drops 233 vertical feet in the last 40 miles. This drop makes navigation difficult. As it flows into York and Lancaster counties, the river narrows geologically between the walls. “Most people call it a ‘mile wide and a foot deep.’” Knudson says.

One of the first European explorers to venture up the Susquehanna was John Smith. He and his crew draw the map of the Chesapeake Bay as they maneuver through the inlets. They also encounter groups of Native Peoples the “fiercests” of whom live along the Susquehanna River. However, due to shallow depths, Smith doesn’t make it past present-day Port Deposit. However, members of the Susquehannock tribe met  with Smith. According to the National Park Service, Smith described the Susquehannock warrior as the “goodliest man we ever beheld.”

I picture the Susquehannocks talking amongst themselves, selecting representatives to meet with Smith. They lived along this same exact river, the one I’m looking at now.

As we walk along the tracks, we pass The Conewago Creek that turns out to have a history all its own.

Jim McClure, in his article “Susquehanna River greatly shaped York Haven,” explains how a canal built in the late 1700s opened river commerce to York Haven. It’s actually one of the earliest canals in America, and Pennsylvania’s very first canal.

Prior to the canal, the Conewago Falls inhibited traders from efficiently using the waterway (they could float logs down in the spring and use flat-bottom boats when water was high). The one-mile canal, established in 1797, meant traders could hop around the falls.

Soon we’re at our destination — the remains of the demolished York Haven Paper Mill — or at least we think so. Brett and I walk around, admiring the ruins. I feel like Indiana Jones when he’s uncovering lost tombs.

There’s little information for us here. No dates or plaques explaining it’s lost history. The park by the hydro dam occupies the precise location of the old paper mill. However, Brett and I are down the railroad tracks about a quarter mile.  We’re not 100% if these ruins were an extension of the operation, but it’s our best guess.

Why was the paper mill in York Haven, and what happened to it??

Thankfully, my history colleagues have been at this longer than I have. Stephen Smith, in his article “#6 York Haven Paper Company,” unravels the reason for the paper mill’s location.

The paper mill relied on the river for power. “At the time it was built,” Smith writes, “the York Haven Paper Company was the largest ground pulp paper mill in the United States.” Throughout its tenure, the company produced paper for newspapers, wrapping paper, waterproof insulating paper, and roofing paper.

To demonstrate the mill’s impressive size, an average of 57 tons of manila and wrapping paper was produced every 24 hours. This was in 1899! In addition to effective machinery, the company provided 250 jobs as the sixth largest factory employer in the county. I try to imagine the rumbling and bustling of machines and workers during the Industrial Revolution as I stand in the overgrown remnants, but it’s difficult.

Brett and I leave the paper mill ruins, heading toward the dam. A cat walk grants us access to some of the coolest views of the river I’ve ever experienced. While many trails lead to gorgeous overlooks, this walk guides us to the gushing torrent of water released from the dam. We stand just feet above loud, crashing water.

According to its website, the York Haven Hydro Dam generates 135,485 megawatt-hours of electricity. This means that the raging dam I’m admiring powers 13,027 homes.

The dams have changed the character of the river dramatically (For instance, the rapids behind the four dams created lakes). Due to these changes, many argue that dams damage nature and inherently violate the river’s character. These dams have also been criticized for blocking shad and eels migration as well as creating silt deposits. People like John Naylor, whose has pulled over 10,000 pieces of plastic from the river, dislike anything man-made that interrupts nature’s beauty.

While they’re not wrong, I also see people fishing along the catwalk and can’t help but appreciate the scene which otherwise would be impossible without the dam.

Just like the people indigenous to this area, settlers who moved in also depended on the river. Farmers around the area transported grain from the county to York Haven for transport. This is what gave this small town its start. By late 1892, the paper mill put York Haven on the map as an incorporated borough. Like Jim McClure says, “York Haven has been – and is – a river town with the capital ‘R.’”

However, just like the river has been changed, so has the town.

The owners of the paper mill sold it to a subsidiary of International Paper Company in 1936. The new ownership didn’t last long. Within 35 years, they closed the mill to cut costs. The mill sat vacant until 1972 when the heavy winds and rain of Hurricane Agnes finally damaged it beyond repair.

What was left of the mill was demolished. With dwindling industry, people are moving away. In 2000, 809 people lived in York Haven Borough. Ten years later, it was down to 709. The most recent census reports that 698 call York Haven home.

Sometimes, writing history can be lonely — sitting alone at my computer feels isolating. But in reality, we build off the shoulders of those who came before us (Smith and McClure’s articles and Brett’s insights).

Just as I look to other researchers, the York Haven hydro dam is here because of those who came before it. The canal and paper mill might be gone, but the echoes of their histories persist in the York Haven landscape. The river shapes us, just as much as we shape the river.