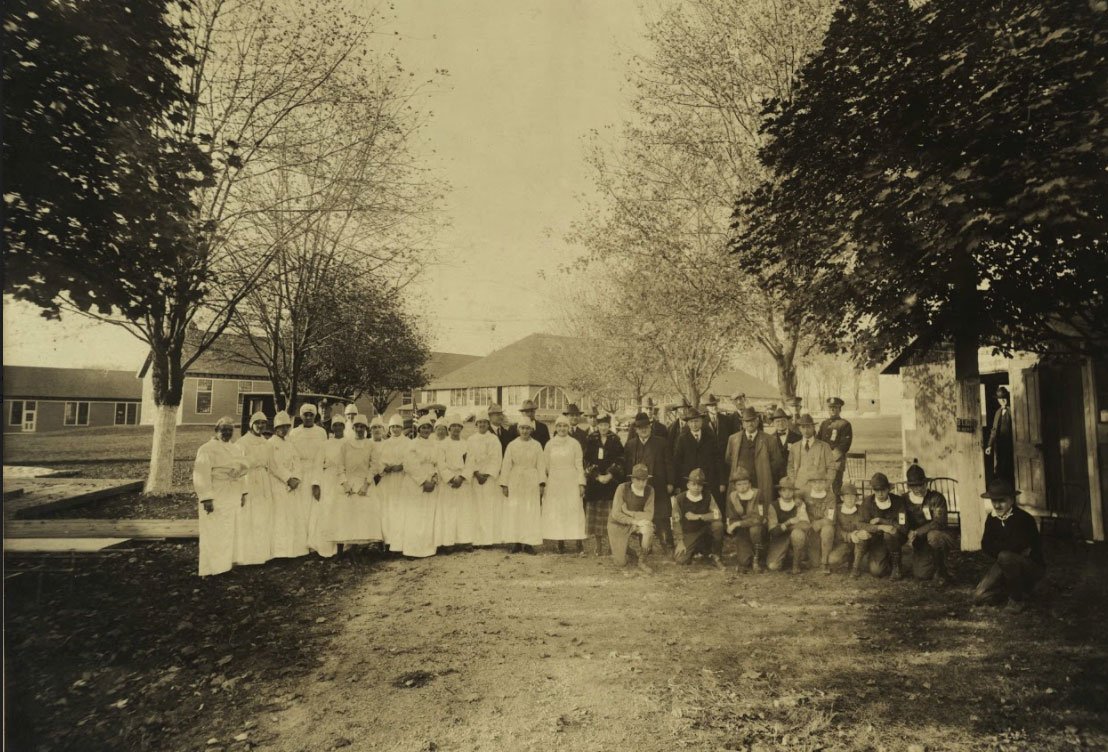 York Hospital staff members are ready for flu patients at the fairgrounds in this photo from the York County History Center.
Posted by Joan ConcilioSeptember 22, 2018July 16, 2021 History and Current Events2 Comments

Spanish flu closed the York Fair in 1918, and the fairgrounds became a makeshift hospital

Many Yorkers know when the York Fair energizes up each fall.

This year, the fair will operate between Sept. 7-16, an annual ritual connecting York’s past to the present. Even through the Great Depression, World War II, Vietnam, and the September 11th terrorist attacks, Yorkers eagerly anticipated the fair for great food and entertainment during that one week in September.

However, many people might be surprised to learn that the fair did not operate for all of its 253 years. There was a noticeable gap in the early to mid-1800s.

But there was one particular year that the fairgrounds was bustling, but not with a fair. What caused this suspension of activities exactly 100 years ago?

A simple virus that inconspicuously pops up with the coming of winter: the flu.

Before globalization, people lived mostly at the local level. The Wright brothers famously flew their first plane in 1903, but it would take almost 50 years for commercial airplanes to gain popularity.

Furthermore, almost everything purchased or created for the home occurred locally.

People bought their food from the market down the street. They walked, biked, or rode horses or carriages to work. And going on vacation meant visiting the lake for a picnic with family.

However, the expansion of the German empire forced America into the first world war in 1917. What followed was the perfect storm for diseases to spread.

Soldiers, in close quarters, traveled all over Europe and north Africa. Food came in short supply, leading to malnutrition since the spark of the war took place three years prior in 1914.

Doctors and nurses from all over congregated on the battlefields and nearby hospitals to treat the wounded, which left local medical units depleted. And the use of trenches and shelters for refugees forced low-spirited and weak individuals into cramped spaces, perfect for the spreading of diseases.

With these optimal conditions for the flu to latch onto victims, the virus reached all over the developed world, including in York County. For many months, our home seemed safe because the virus’ patient zero first fell ill in Kansas.

Yet, by July 1918, large numbers of Pennsylvanians succumbed to symptoms, starting in Gettysburg. A few months later, the York City Council declared that all flu cases must be reported daily.

Within hours, 123 cases of the Spanish Influenza came to light in York. The late Jim Hubley remembered becoming ill at three years in age and recalled the fear sweeping through York. People wanted to stay out of the streets, and talk of the illness dominated the parlor conversations of the townsfolk.

It did not take long for Pennsylvania’s leaders to order all saloons, theaters, clubs and even amusement centers, including the York Fair, to temporarily close. This marked the last time the York Fair suspended activities. However, that did not mean the grounds lay fallow. A buzz of activity remained on the grounds, except this time they evoked a more ominous feel.

Instead of livestock, shows and food, hospital beds cascaded across the lawn of the York Fairgrounds. One hundred and fifty beds in tents were used to help flu patients in what’s called the “fresh air” treatment.

Sick ended up in children’s ward

For people of today, what might come to mind are ambulances busily scurrying sick people to a makeshift hospital with IV drips and doctors with clipboards.

But a century ago, York had no ambulance, and the doctors were in large cities preparing for wounded soldiers. The sick were carted around in horse-drawn carriages, and the chilly fall nights brought frost to tent awnings and steamy breaths to chilled, fever-ridden patients. The sick were brought back to the children’s ward of the hospital.

In total, one-third of the world’s population was affected by the virus. With two deadly waves, one in the fall of 1918 and the second during the winter of 1919, total deaths are estimated between 50 million and 100 million.

According to the Pennsylvania Historical and Museum Commission, 5 to 10 percent of those affected developed pneumonia which resulted in death accounting for 625,000 American lives lost.

More than 4,000 Yorkers reported a flu diagnosis, but total deaths are unclear. What we do know is that casket supplies were depleted and entire families were wiped out. Churches cancelled services, schools postponed classes, and the York Fair had to go dark. It wasn’t until 1919, the same year the war ended, that the flu faded away like it does every year.

Researchers today still are unsure as to the exact cause of the infamous 1918 Spanish Influenza.

But what we do know is that the glorious York Fair is right around the corner with no pandemic in sight – not right now, anyway. 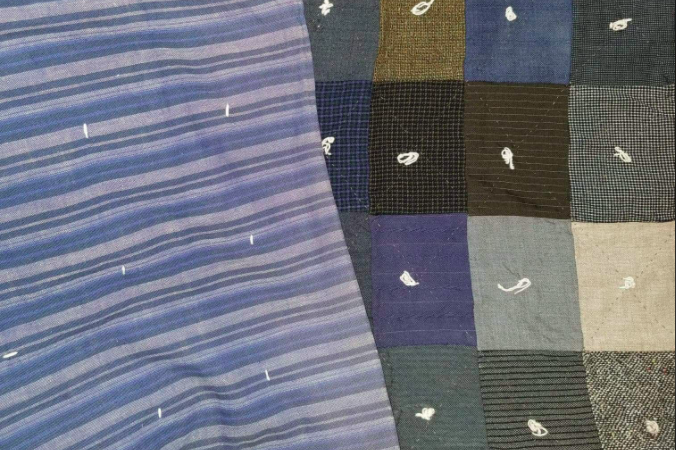 Jane Keenheel transformed suit samples into a work of art 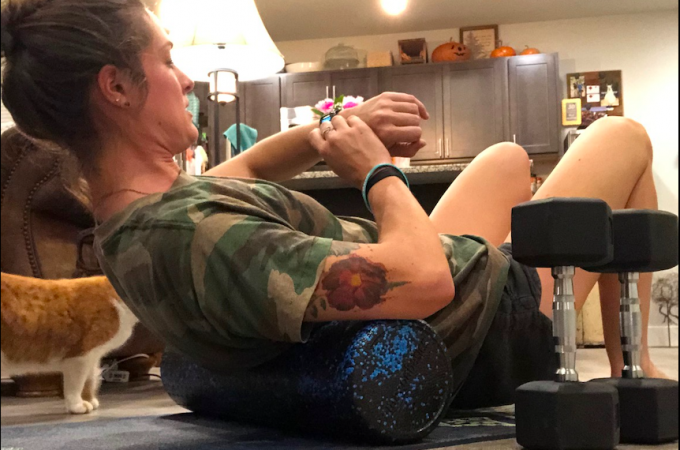 Duty to ourselves: Teachers intentionally prioritizing self-care amidst the COVID-19 pandemic

Foraging for pawpaws: checking it off my bucket list

Apple butter regrets: Fun for me but not for this York County resident of old

2 comments on “Spanish flu closed the York Fair in 1918, and the fairgrounds became a makeshift hospital”