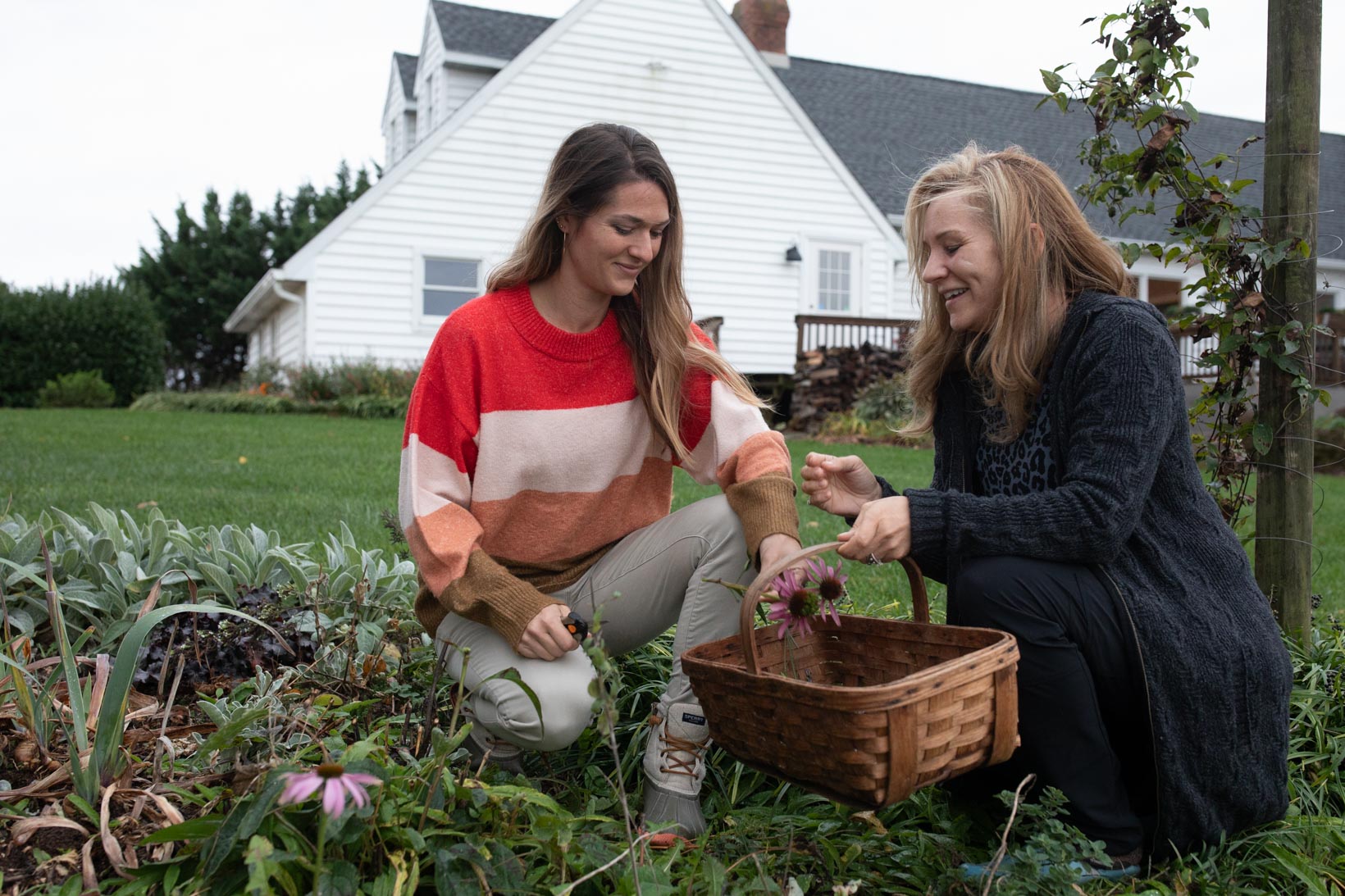 My York County ancestors: One a powwower, the other a juror in the 1929 Hex Trial

This story has been expanded with addition information at the conclusion.

When my Mama, Wanda Tyson, was in her early teens in the mid-1950s, her brother fell ill.

The family took him to Wilbert Zimmerman Eisenhower, Mama’s grandfather.

The family arrived at his Sears and Roebuck home in Mount Wolf. Wilbert’s stocky frame and head of white hair bobbed over the sick child until he devised a solution.

Unfortunately, Mama, my grandmother, doesn’t remember the exact treatment — just that a string was involved. “It never was talked much,” she tells me. “That one instance was all I remember.”

When we think of powwow doctors today, we think of medicine men or women, shamans, or witches. However, my great-great-grandfather served as president of Mount Wolf School Board, Councilman of Mount Wolf borough, and commander of the Susquehanna Post VFW. He volunteered for the Eagle Fire Co. and fought in World War I.

We don’t know how Wilbert learned to powwow, but his wife, Edna Stoppard, came from a Mennonite family with strong Pennsylvania Dutch roots.

At the time of his birth, 1896, powwowing was common practice in York County, including in Mount Wolf.

When warts wouldn’t disappear, when their teeth ached, when they burned their skin, York countians turned to the protective arts of healing, known as powwow.

However, the Hex Murder Trials of 1929 put the practice of powwowing under an international spotlight, an embarrassing moment for York County. As it turns out, my great-great grandmother on my mother’s side spent some time directly under that beam.

Charles Reisinger was born in Craley in 1903 — a mere six years and 15 miles as the crow flies from Wilbert. Unlike Wilbert, Charles was too young for World War I, then too old for World War II. However, he gave to his community as the postmaster of Dallastown, employee of Pennsylvania Liquor Control Board, and a deputy city controller of York.

In 1929, Charles joined the jury pool for the trials to convict Rehmeyer’s murderers: John Blymire, John Curry, and Wilbert Hess.

It was January, around the time of his 26th birthday, and Charles drove into East Market Street to enter the York County Courthouse. There, he would sit listening to the prosecution, defense lawyers, testimonies from witnesses, and the trolley cars passing through downtown York. I imagine him shifting in the uncomfortable wooden seats as the long hours passed.

Even though all three men committed the murder together, the court divided each case into separate trials. I’m not sure which jury Charles specifically served on, unfortunately. He, indeed, was selected. But we do know information about the rulings.

Once the jurors entered the deliberation room, it didn’t take long to convict Blymire and then Curry of first degree murder and life in prison.

Hess’s deliberation, on the other hand, took a bit longer. In Trials of Hex, lawyer and author J. Ross McGinnis, reports that the members of the court waited for what seemed like forever for their third and final verdict. In reality, only two hours and 18 minutes had passed.

According to The York Dispatch, three of the twelve jurors initially wanted Hess charged with first degree murder, presenting the possibility of the death penalty.

I wonder: Was one of them my great-great-grandfather? I will never be sure.

On the second ballot, two voted for first degree, nine for second degree, and one for manslaughter. It wasn’t until the fourth ballot where the jurymen unanimously voted on second degree.

The jury, marched out single file. “We find the defendant guilty of murder in the second degree,” they reported. Staggering joy overcame the courtroom. But none were so happy as Hess’ mother, Alice, who burst into tears.

Hess served 10 years, the only one of the trio to serve his full sentence. McGinnis, the legal authority on this topic, believes York County displayed great empathy that day. “York County would no longer be the cockpit of witchcraft and superstition,” he said. “York County would be a place of compassion, and justice, and reason.”

Added: McGinnis wrote this about the jury: “…The average lay person, when entrusted with the power of a juror, will, in the vast majority of situations, do the right thing and will find an appropriate verdict, balancing both the interest of the accused, and the interest of society.”

This is not a story of extreme villains or heroes, but normal, everyday people doing what they thought was right.

Powwow derives from the German “Brauche,” meaning custom. Specifically, the word “powwow” seems to have been borrowed from the Native Americans since both groups heal using incantations and herbs.

The 1929 Hex Trial associated powwowing with witchcraft. Many continued the practice, but far more abandoned it out of fear or prejudice. Today, the use of home remedies to cure and prevent illness continues.

I, again, turn to my family.

Anastasia Denoncourt, my mom, grows flowers and herbs for her kitchen apothecary. She’s not a powwower, but she uses nature as her apothecary.

Growing many of her own herbs, she dries flower petals and leaves, preserving them in clear, white mason jars. Mom turns to her backyard for Mother Earth’s powers of preventative healing. She still visits a trained medical professional and participates in modern pharmaceutical medicine, but if she has a choice she always opts for nature’s remedies.

Little did Wilbert or Charles know that they would share a great-great granddaughter. I never got to meet Wilbert, who died in 1971, but I have a lovely photograph of Charles holding me in 1991, dying later that same year in a car crash.

The same year Charles served as a juror in arguably York County’s most notorious legal case, he gave birth to a son, also named Charles. Today, baby Charles is 93 years old and doesn’t remember his father discussing the trial.

I’m proud of both my great-great-grandfathers: one, a powwower, and the other a compassionate juror.

I reached adulthood before I heard of either of these stories. I’m pleased that Charles established order through the chaotic time of Rehmeyer’s murder as a just juror. I’m also pleased that Wilbert attempted to heal his grandson — my Mama’s brother. However, I wish both had shared their thoughts and feelings more. I appreciate the sensitive nature of both experiences, but how valuable it would be to understand their insights.

New information has come forward since this story was first published.

My great-great aunt, Cathy Reisinger Shaffer, daughter of Charles Reisinger, recently reached out to me. She said Charles Reisinger did, in fact, serve, “but it was not my dad.” When Arthur Lewis published “Hex” in 1969, Cathy showed the book to her dad, astonished to see his name referenced.

“At that time, my dad told me that he was assigned to the jury pool for the trial,” Cathy said. “However, he had a cousin by the same name and when ‘Charles Reisinger’ was called, they both stood up. The judge asked for an explanation and then said, ‘We’ll take the one closest to the aisle.’ “

Cathy’s story is compelling, and expanding on the story is challenging. Both Charles Reisingers passed away long ago.  If you have additional information, please email me at jamietyson2442@gmail.com.

One thing we know for sure, Charles Reisinger served on the jury.

Powwowing Among the Pennsylvania Dutch: A Traditional Medical Practice in the Modern World by David Kriebel

What Do Pagans Do?

2 comments on “My York County ancestors: One a powwower, the other a juror in the 1929 Hex Trial”