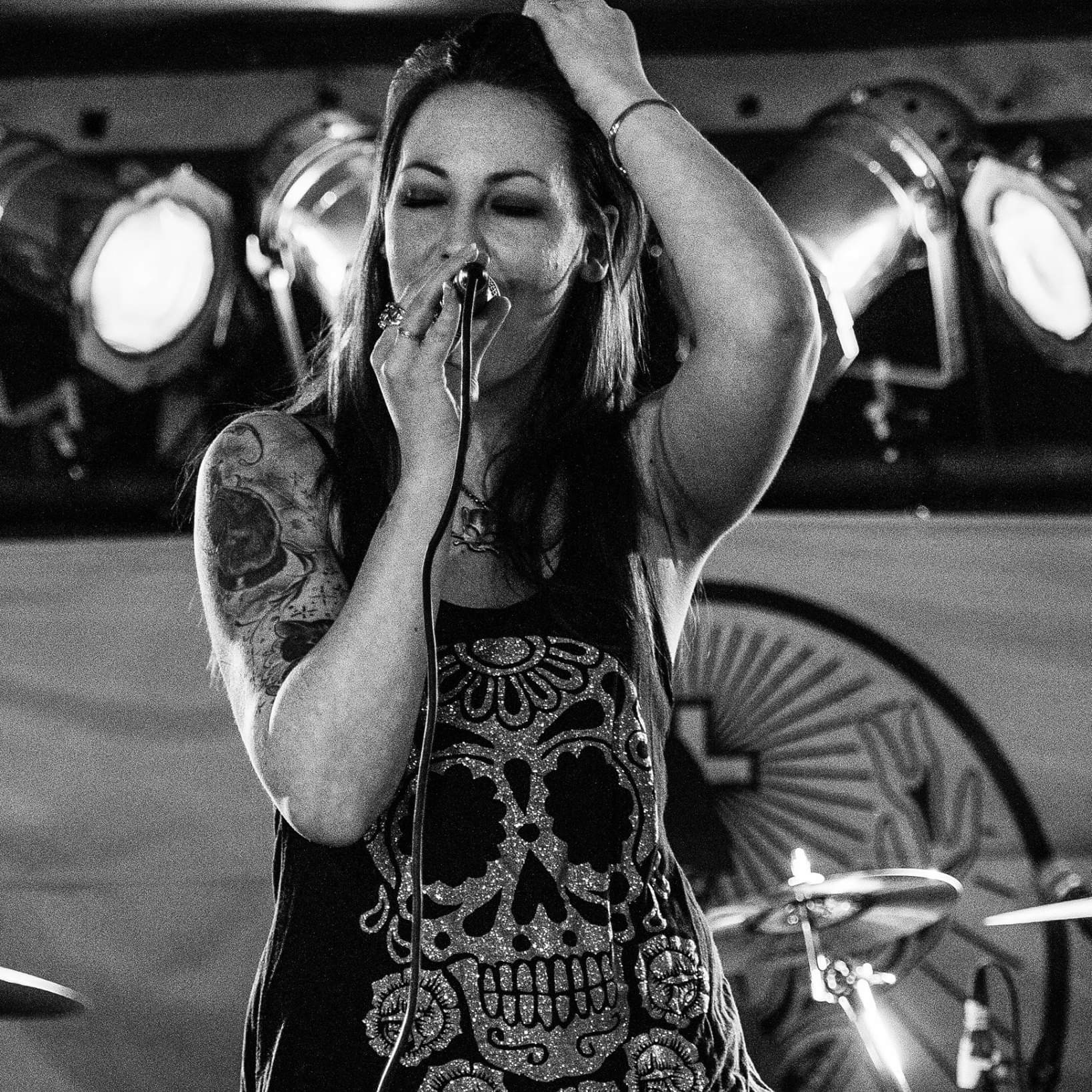 Driving in my car, I scream at my windshield: “Here’s to us, here’s to love. All the times that we f***** up. Here’s to you, fill the glass. ‘Cause the last few days have kicked my a**.” No need to be concerned; I’m not having an emotional breakdown. Halestorm’s song “Here’s to us” just started playing on my radio.

Lzzy Hale from Red Lion deserves credit for breaking the glass ceiling for women in metal when she and her brother, Arejay Hale, formed Halestorm in 1997. Formally called heavy metal, their sub-genre of metal music falls under the larger category of rock, which grew in popularity during the early 1970s.

What started as their first gig in Hershey has transformed into a globally recognized band after catching the attention of successful producers and record companies.

My cousin, Rachel Robison, also plays in many bands; the most recent being SXRCHXX since 2008 (Pronounced Scissor Chicks). One evening while we’re drinking cider at Granfalloons, I ask Rachel about her experiences. “When I walk into a venue to perform,” she says, “the staff think I’m just a band member’s girlfriend or groupie or there to carry equipment.” Rachel chooses not to correct them. “When I walk on stage to sing, and see their head whip around, I secretly like that reaction.”

Rachel enjoys tearing down gender stereotypes that women can’t or shouldn’t sing metal. However, she also laments the need to “prove herself.”

Jamie Kay Redden from Camp Hill sings as lead vocalist for Earth to Molly, a Hard Rock/ Metal band. She explains to me, “I 100% feel I have to prove myself and fight to find a place.”

Conversely, Rachel and Redden find many are super excited by their feminine vocal powerhouses. Their expressive stage presence evokes emotion, unleashing their own brand of metal on their audience.

After Rachel’s story, I began to wonder how many local women are actually going into rock music of any type.

I reach out to Lee King, a partner and producer for a recording studio called Studio 117, on S. Duke St., York. He tells me only 10 percent of the artists who visit his studio are women. In fact, only one woman in the history of his company (six years) ever recorded for a rock band — and it was coed. King’s unsure of the cause for the gender disparity, but encourages more diversity by connecting with York College and HACC music to attract interns.

We know that female musicians are the minority today, but what about York’s past?

170 years of female musicians in YoCo

In the 1850s, the Berger family migrated from Baltimore to Jefferson. Anna and Henry Berger encouraged their four children, Henry, Anna, Theresa, and Louisa, to perform, growing their talents. By the 1860s, they signed on as the music component of the MacFarland Dramatic Company and toured the Midwest and Canada.

The York Opera House promoted a show by the Uncle Tom’s Cabin Co. in 1901 complete with mechanical effects, chariots, quartets, and a “colored female band,” according to The York Daily. In Steelton that same year, an all-female brass band with 15 members performed (The Gazette). Two decades later, a Quaker City female band played and danced at the State Armory in North George Street (York Daily Record, 1923).

I want to see footage of their performance, but none exists. I use my imagination, picturing the female band’s dynamic show(wo)manship complete with attitude and energy.

The Quintones, Doo-Woppers from William Penn High School, reached No. 18 on Billboard with their 1950s song “Down the Aisle of Love.” Millions of people purchased their music, gaining them national attention. Fast forwarding to current day, DaNica Shirey, also from Red Lion, performed on “The Voice.”

However, I couldn’t locate many examples of female rockers in YoCo history, so I turn to the musicians of today.

Lauren Mae Caruso, a bass player and vocalist for a Rock N’ Roll cover band called Hot and Dangerous, was born and raised in York. She started with the flute in elementary school, “but it wasn’t until I bought myself a bass that it all just clicked and I started taking music more seriously,” she says.

With few women going into rock music, I ask Caruso how she got started. “I auditioned for a couple of bands in the early years of me playing,” she says. “But it usually led to them either not wanting a girl in the band or they would rather hit on me than hear me play.”

She turned to Craigslist where she found others like her — female rock musicians. Soon, they formed a band called Hot and Dangerous that still plays today.

I ask Caruso about what it’s like to be a woman in metal. “I’ve had people make a big deal about it and think it’s awesome seeing a woman in a rock and metal band,” she answers. “But I’ve also dealt with people testing me and thinking I don’t know things because I’m a woman.”

However, she never let others discourage her from her passion. “I like to keep proving them wrong. I want to show young girls that see us that they can grab an instrument and rock out too, it’s not just for the boys.”

As a Black man, Lee King from Studio 117 has faced his own set of challenges. But his motto of “fail forward” motivates him to learn from all life’s lessons, even the tough ones. It may be “extra hard” for women in metal, “which is unfortunate and unfair,” he says. However, he encourages women to use that to their advantage: “You stand out.”

For Rachel, Redden and Caruso, Lzzy Hale represents the changing face of the heavy metal arena. “I love Lzzy, her music, and her story!” Redden says. “She is absolutely an inspiration as is any woman out there doing her thing and killing it!

“Lzzy has a killer voice and has definitely been a part of the new wave of females in rock,” Caruso says. But Caruso’s inspiration goes back even further. “I grew up listening to Fleetwood Mac, and Stevie Nicks has been a huge inspiration on me, whether she’s with the band or doing her solo material,” she says. “I hope to one day be as influential as Stevie and Lzzy.”

Other iconic female rock artists such as Joni Mitchell, Blondie, Janis Joplin, and one of my favorites, Heart,  had to work extra hard to gain recognition. Go HERE for a fabulous video of Sister Rosetta Tharpe rocking out “Didn’t It Rain” in the 1960s.

Hot and Dangerous has been nominated for best cover band in the Central Pennsylvania Music Awards. “We’re up against some great bands and it’s an honor to be up there with them,” Caruso says.

What used to be a platform for mostly men now showcases a new stadium where women take center stage.

However, based on my version of Halestorm’s songs, I know I won’t be one of them. “So let’s give ’em hell. Wish everybody well,” I belt out as Halestorm’s song comes to an end.  Unlike the audiences of Rachel, Redden, and Caruso, my poor windshield recently needed to be replaced after a stone chip. From now one, I’ll leave the singing up to the women who rock.