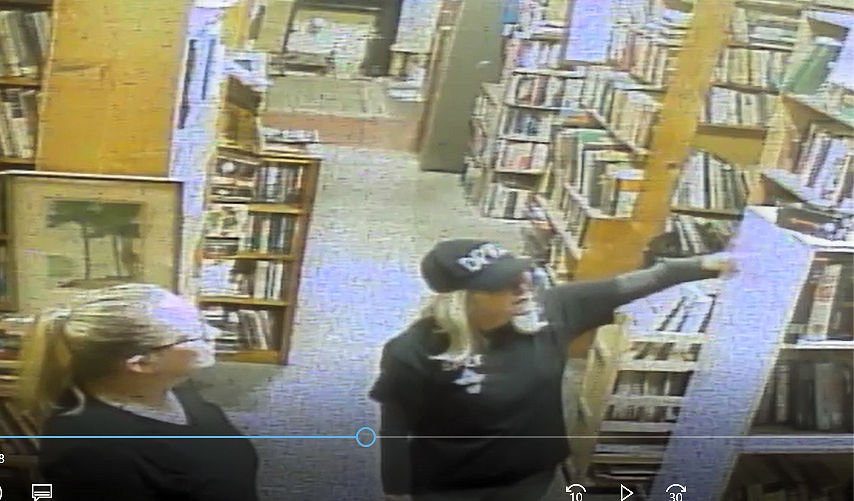 What is the lesson to be learned from the ghost stories in York Emporium?

Here in York, they are told year-round.

They surround such things as the exhumation of bodies in an old burial ground. And these stories connect with suspicions of ghosts in a well-known downtown York bookstore.

First though, what meaning can we draw from ghost stories?

Legends are stories that usually teach a lesson. They hold a certain level of authority that help explain the unexplainable

In other words, legends fit into society not as a factual telling of an event but are passed on as a way to communicate values.

Alan Dundes, a prominent folklorist, said: “What happened is important, but no less important is what people think happened or what people wish had happened. Folk history may tell us more about folk than about history.”

Let’s examine one example of a historical legend in York before we dive into some recent findings.

In their book Spooky York, Pennsylvania, Scott Butcher and Dinah Roseberry discuss the blacktop parking lot across from Penn Park.

Known as “Potter’s Field,” the location served as a public burying place starting in 1767. Over a hundred years later in 1897, the city school district hired excavators to exhume and relocate the bodies to the new Potter’s Field located in North York – the Prospect Hill Cemetery.

This was no easy feat considering many of the bodies were simply wrapped in blankets.

Butcher and Roseberry describe the event as a “public spectacle” in which Yorkers watched the exhumation as if it were a public performance. Yet, it’s difficult to judge our ancestors because I might have done the same thing.

A total of 704 bodies were moved, most were unidentifiable. However, many believe the corpses belonged to mutineers executed by General Mad Anthony, smallpox victims, and local squatters.

What have we learned about people in York from this legend?

Burial practices have significantly changed. During the 1700s and 1800s, many people lacked the funds to buy burial plots or even afford coffins. Even with York’s long history of making coffins – joint woodworkers/funeral homes operated in most towns and  The York Group, Inc. is still the second largest casket manufacturer in the United States – land and coffins were expensive.

Furthermore, crematories weren’t common until the late nineteenth century. In fact, the second crematory in America opened in 1884 in Lancaster.

We can also learn from this story that people from the 1800s were fascinated with death, just like today.

Let’s take a look at one legend today – the purported presence of ghosts at a local bookstore.

The ghost legends at The York Emporium

Jim Lewin, owner of The York Emporium bookstore, has not experienced any “weird” occurrences; however, others have seen strange things in his shop. 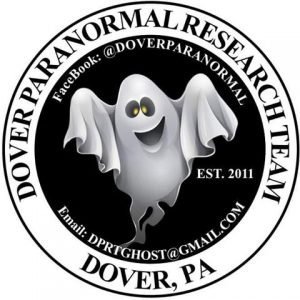 So, when the Dover Paranormal Research Team contacted him for a spiritual investigation, he agreed.

The team visited The York Emporium two different times for about five hours of investigation.

While some want fame and fortune, Miles and his team research ghosts to “learn as much as they can to solve their own personal experiences and to take that knowledge to help others who don’t understand.”

I reached out to Tom Miles, one of the founders of the research team, for an interview about his findings.

Miles said he has “heard for years that the York Emporium was haunted. There is a lot of history in that building so we wanted to see what we could find.”

When they arrived, they set up a static voice recorder to capture any sounds.

Next, they look for electro-magnetic fields caused by spirits or electrical appliances as well as infrared camera, motion and vibration detection devices, and temperature gauges.

Miles and his team also use trigger objects to attract spirits: “For children we use stuffed animals, toy cars, a ball, marbles, or candy scrabble eater tiles so they can create words.”

Here’s what they found.

“Donna also stated that she felt the presence of a boy/young man around 19 years of age.”

“Right now my research hit a dead end. I don’t think she was originally in the building. She was seen at one location and it appears she was looking for a book or something on the shelf. That leads me to believe she is attached to a particular book or book case. She is residual since she goes through the same routine each time.”

Miles believes spirits remain in buildings to watch over someone, take care of unfinished business. However, the spirits at the York Emporium are what is called “Residual” energy – “they don’t know we are there, they go about their business as they did when they are alive. What we see is their energy that has been left behind. It’s kind of like watching a video, every time you play it, you see the same thing.”

Lessons we can learn from the York Emporium

Miles told me to “treat spirits the same way we want to be treated and that is with respect.”

This is a valuable lesson. Treating people with dignity and respect can extend to the grave – something the Yorkers who watched the exhumations across from Penn Park did not understand.

Spirits can also provide a comfort. Miles thinks some stay to watch over us. “My father has done that with me,” Miles said, “I see things out of the corner of my eye from time to time. If he really wants us to know he is here we will smell cigarette smoke, no one has ever smoked in our home in the 32 years we have been here.”

Miles warns us about the misconception of paranormal investigation on television:  “TV does not show you the amount of time it takes to prepare, do the investigation, or do the evidence review. They don’t show the hours of research, doing written reports, and investigation reports. New members are shocked when they find this out.”

“But we believe if you’re going to do it, do it right. To leave you with one thought- Just because you can’t see it, doesn’t mean it doesn’t exist!”

I’m not here to say if ghosts haunt The York Emporium or not. But I do care about how this story resonates with people and culture.

I told Jim Lewin, the owner of The York Emporium, that folklorists aren’t interested in the validity of legends, only that they are told and therefore worthy of study.

So, I wondered about his thoughts regarding the Dover team’s findings. He told me, “I honestly don’t know and I remain a skeptic.” However, he believed “they certainly believed in what they were doing.”

Lewin will be inviting the Dover team to present their findings during The York Emporium’s “Horrible Saturday” in July.

Legends welcome debate, invite reflection, and summon deliberation. Each legend can highlight a different social anxiety, such as death, that is open to interpretation.

In other words, they’re conversation starters.

So, what’s your interpretation of this legend?

What is the lesson to be learned from the ghost legends in The York Emporium?

1 comment on “What is the lesson to be learned from the ghost stories in York Emporium?”