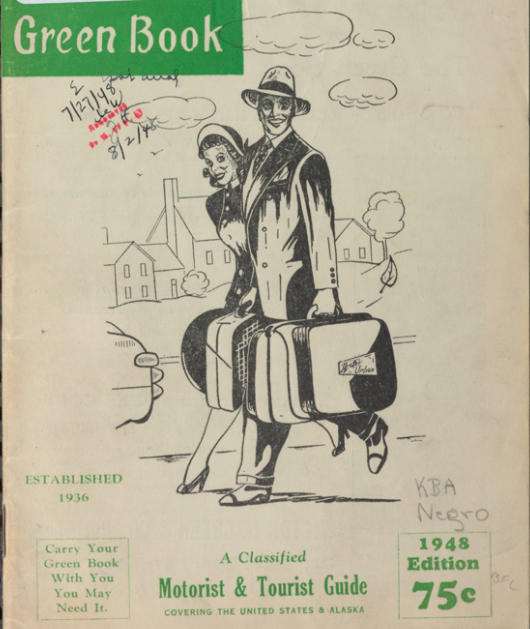 Sitting in the backseat of his family’s car, a little boy named Ron was told to be quiet. A sheriff walked up to the 1953 Chevy Sedan as Ron’s father and mother anxiously waited in the front seat.

“Where did you get this vehicle? What are you doing here? And who are these people with you?” asked the sheriff.

He said the Chevy was his employer’s car, and he was the chauffeur. The expressionless woman in the passenger seat was the employer’s maid. The young boy in the back was the maid’s son.

For the first time, Ron understood what the black, never-before-used cap hanging on the backseat meant. A chauffeur’s hat – a prop – meant a safe cover story.

A lie of protection.

Ron’s dad worked for the railroad and purchased the car through his hard labor. Wanting to experience the golden age of family vacations, the family drove north into Tennessee to sight see.

However, Jim Crow laws meant any Black man, regardless of his position in society, could encounter police harassment. If Ron’s father didn’t offer a reasonable explanation for the expensive car, the sheriff could have assumed he stole it.

As the sheriff walked away, Ron watched his parents exchange grim glances.

The gravity of his situation fell on his youthful shoulders: Ron was Black, and that meant he couldn’t experience life like the rest of white America.

The film “Green Book” popularized that one travel guide, but there were about a dozen other Black travel guides.

Like Ron’s father’s chauffeur cap, the Green Book aided Black Americans while on the road.

Most people picture signs for “colored” and “whites” in Southern states. But there were restaurants here in York County, such as the North George Street restaurant, that refused service to a Black man (1941). First published in 1936, travelers from all over the country used the listings from the Green Book to find businesses that would welcome them.

“The Green Book was called the AAA guide for black people,” Taylor writes, “but it was much more. The businesses listed in it were critical sources of refuge along lonely stretches of America’s perilously empty roads.”

The book grew in popularity and continued to be published well into the 1960s. By 1962, two million Green Books were in circulation across the country. However, with fame came vulnerability. To put one’s business in the Green Book meant opening oneself up to threats, attacks, and boycotts.

One of those businesses was The Yorktowne Hotel.

From 1957 to 1964, the Yorktowne Hotel’s inclusion in the Green Book meant it stood as a welcoming facility for Black travelers. One could argue that 1957 wasn’t that long ago, but Taylor indicates in her book that a business could be accepting and not be included in the book.

As Jim McClure points out, segregated employee bathrooms evident in the blueprints prove the inclusion, yet simultaneous separation.

The Smithsonian’s “The Negro Motorist Green Book” traveling exhibit includes artifacts from the Yorktowne, including a wooden host/hostess podium stand, a housekeeping smock, and a bellhop jacket. The three-year national tour started this fall in Memphis, Tennessee. The exhibit won’t be coming to York, but you can see the tour schedule HERE. The York County Economic Alliance writes more about it HERE.

The exhibit highlights the ways Black people empowered themselves by exploring a world with dignity and self-respect.

By 1939, five locations in York County were included in the Green Book.

The first, Hotel Howard, was located between Beaver and Princess St. An article from The York Dispatch wrote that heavy-weight champion Jack Johnson stopped at the Hotel Howard in 1944.  The YWCA on N. Lincoln St. was also listed as a hotel.

Over the years, York County’s listings of safe-havens changed. By 1962, only the Yorktowne Hotel and Mrs. Grayson’s Tourist Home located at 276 S. Belvidere Ave. remained.

Optimism in the face of terrorism

Even at its immense success, Victor Hugo Green didn’t want to continue publishing the Green Book. He wrote, “It will be a great day for us to suspend this publication for then we can go wherever we place, and without embarrassment.”

Green saw the hidden truths in his compilation – that the book meant Blacks weren’t free to go as they place, even though slavery ended almost 100 years prior.  “But until that time comes, “ he continued, “we shall continue to publish this information…”

I take for granted that I can hop in my car, and travel wherever I want (As long as I have my wallet and we’re not in a pandemic). But for Black families during the golden age of vacations, a road trip required an entirely different set of tools and mindset. Like Ron’s father with the chauffeur’s cap, Black families needed to lie about their success. They demonstrated tremendous patience to put up with racist sheriffs and intolerant storekeepers, and the Green Book offered a creative solution to an appalling problem.

African Americans owned about 70,000 small businesses by 1930. The Green Book listed over 9,500 of these, revealing self-sufficiency at an amazing scale.

Learning about the Green Book helped me appreciate the optimism of a group of people, even in the face of terrorism and oppression.